By Shi Ruiping and Yang Wanli 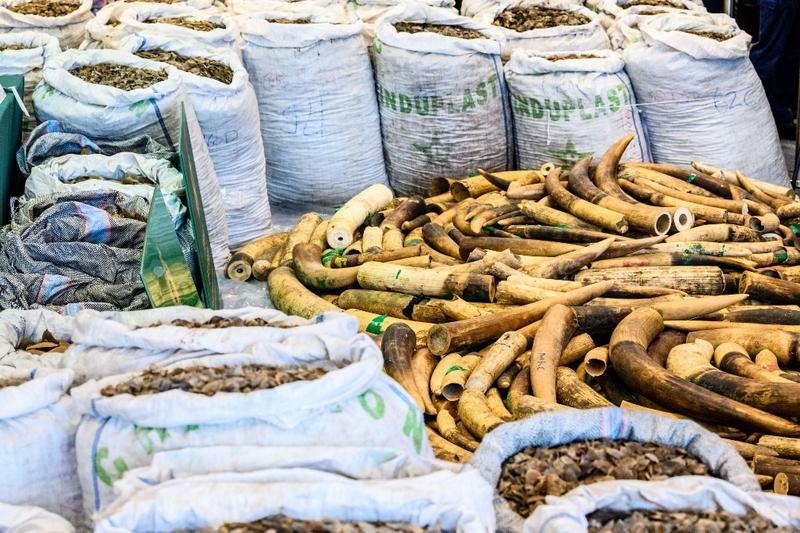 A captive-bred baby Sunda pangolin is expected to be born in the Guangxi Zhuang autonomous region later this month - a milestone in artificial propagation that might save the critically endangered species from extinction.

The baby pangolin will be the third generation of captive-bred Sunda pangolins at the Pangolin Research Base for Artificial Rescue and Conservation Breeding in Guangxi.

Next year, the base will cooperate with wildlife experts from Beijing Forestry University and conduct further research on pangolins' physiological conditions to gain a better understanding of the species.

Yan Dingyu, the senior engineer leading the breeding trial at the base, said plans include training some pangolins to go into the wild next year.

"I hope we will see another success soon," he said.

"We haven't seen any report or research paper on successful artificial propagation of Sunda pangolin for more than two generations. Our experience will be crucial to save the critically endangered species from extinction," Yan said.

The research base, established in 2012, has 38 Sunda pangolins. Twenty are wild ones saved from crossborder wildlife smugglers. They gave birth to two first-generation offspring that were conceived before being saved, and another 13 during captive breeding. The remaining three are second-generation ones.

Yan said there are eight species of pangolin worldwide. They're also known as "scaly-anteaters" because their body surfaces are covered by overlapping scales made of keratin - the same material in human fingernails.

Sunda pangolins are found in Southeast Asia, including Malaysia, Vietnam, Indonesia, Myanmar and Thailand. They have a low reproductive rate, as each pangolin always gives birth to only one offspring at a time and breeds only once a year.

In the last few decades, habitat loss and hunting to supply the international trade for live pangolins, skins, scales and meat has led to the wild population declining dramatically. In 2014, the Sunda pangolin was assessed as critically endangered on the International Union for Conservation of Nature's red list of threatened species.

However, natural characteristics of the species have posed great challenges to the protection work through captive breeding, and techniques for the maintenance and captive breeding of pangolins have not been well developed.

"Pangolins are very sensitive animals with poor immunity that are unable to adapt to environmental changes," Yan said. "Also, they have highly specialized diets, including ants and termites. Under captive conditions, it is very difficult to provide sufficient amounts of the natural foods they need."

Yan said they have developed a special artificial food containing a mixture of ants, termites, insects, worms and protein powder from animal bones as well as plants. Proportions of the ingredients have been adjusted multiple times and digest trials indicated the success of the artificial diet.

To provide pangolins a comfortable "home" is another challenge. Yan said pangolins are used to digging holes in the wild and adjust their home's temperature and humidity through choosing the depth and location of the hole. Sometimes, they will move from one place to another for a cleaner environment and prevent disease.

To meet the needs, the research team designed a special house with a small iron cage above the ground as their resting room and an underground activity room of about 2 cubic meters.

But Yan admitted that due to a lack of money - the base only received 600,000 yuan (US$87,000) in government financial support in the past seven years - they can only meet the pangolins' basic needs.

"We do need more support to improve their living conditions by building better dwellings and providing them with a more friendly environment similar to the wild," he said.