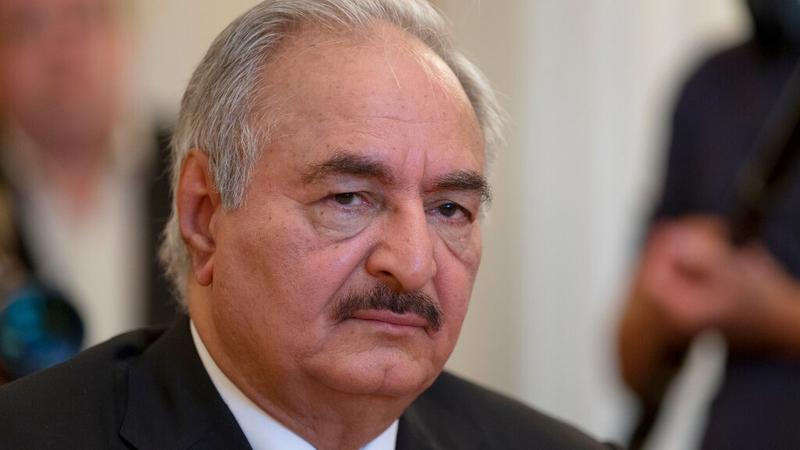 UNITED NATIONS — The UN envoy for Libya warned Tuesday that the oil-rich nation "is on the verge of descending into a civil war" that could divide the country and imperil the security of its neighbors and the wider Mediterranean region.

Ghassan Salame told the Security Council that extremists from the Islamic State and al-Qaida are already exploiting the security vacuum sparked by the offensive to take the capital Tripoli launched April 4 by the self-styled Libyan National Army led by Field Marshal Khalifa Hifter.

Ghassan Salame, Special Representative of the Secretary-General and Head of the United Nations Support Mission in Libya

He said the black flags of the Islamic State extremist group are appearing in southern Libya and there have been four attacks by its fighters in the south since April 4 that together have killed 17 people, wounded more than 10 and led to eight kidnappings.

"Libyan forces that had in the past courageously defended their country against these terrorist groups are now busy fighting each other," Salame said.

Besides innocent Libyans being increasingly subjected to the increasing wrath of Islamic State extremists, he said, "there will be spillover of this violence to Libya's immediate neighbors."

Civil war in Libya in 2011 toppled and later killed longtime dictator Moammar Gadhafi, and the chaos that followed resulted in a divided country, with a UN-aligned, but weak, administration in Tripoli overseeing the country's west and a government in the east aligned with Hifter. Each is backed by an array of militias and armed groups fighting over resources and territory.

Salame lamented that when Hifter launched the offensive on April 4 "the capital was enjoying a measure of increased security, the population a much more stable currency and an improved economic outlook, and the political process, despite many obstacles, was moving forward" with a national conference 10 days away to chart a roadmap to elections and a united future for Libya.

Humanitarian officials estimate that "over 100,000 men, women and children remain trapped in immediate frontline areas, with over 400,000 more in areas directly impacted by the clashes, he said. And "nearly 3,400 refugees and migrants are trapped in detention centers exposed to, or in close proximity to, the fighting."

Salame said there are also numerous reports of extremists, people on UN sanctions blacklists, and people wanted by the International Criminal Court "appearing on the battlefield on all sides."

Salame also said that "arms are pouring in again to all sides" from many countries that he did not name, in violation of a UN arms embargo against Libya. He urged the UN to enforce the embargo, saying the amount and sophistication of new weapons "are already causing greater numbers of casualties."

"I am no Cassandra, but the violence on the outskirts of Tripoli is just the start of a long and bloody war on the southern shores of the Mediterranean, imperiling the security of Libya's immediate neighbors and the wider Mediterranean region," Salame said.

However, the UN envoy said "full civil war is not inevitable," though "it may occur by the will of some parties, and by the inaction of others."

He called on the Security Council to urge an immediate cease-fire and return to a UN-led political process.

"A better future is still possible, but we all must be seized with the fierce urgency of now while the front lines remain on the outskirts of Tripoli and before the battle moves, God forbid, to the capital's more densely populated neighborhoods," Salame said.