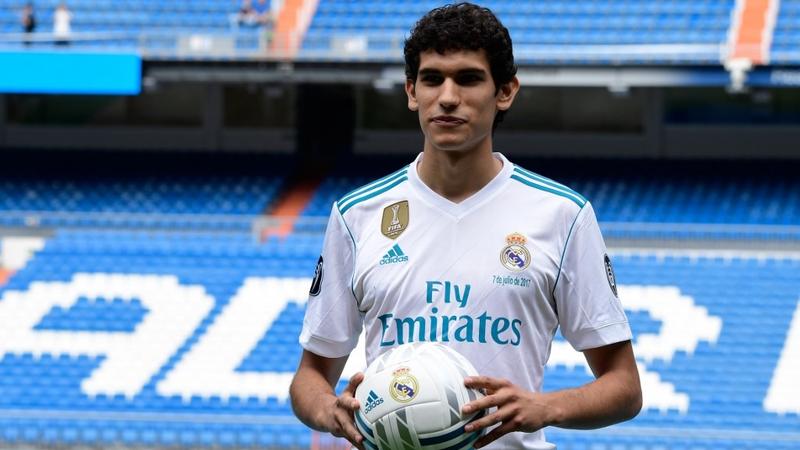 Real Madrid's new player Jesus Vallejo poses with the ball after his official presentation at the Santiago Bernabeu stadium in Madrid, on July 7, 2017. (JAVIER SORIANO / AFP)

The 22-year-old will spend the coming season at the Premier League club, after the arrival of Eder Militao from Porto earlier this summer meant it would be even harder for him to get first team opportunities at the Santiago Bernabeu.

READ MORE: Why Loew isn't yet ready for Real Madrid?

Vallejo has impressed when he has played, but injuries have limited his first-team opportunities to just 12 appearances in La Liga, as well as a handful of outings in the Copa del Rey.

"Real Madrid C.F. and Wolverhampton Wanderers FC have reached an agreement over the loan of Jesus Vallejo for the forthcoming season in a deal running until 30 June 2020," confirmed a statement on Real Madrid's website.

The club has also loaned 22-year-old defender Javi Sanchez to Real Valladolid. Last season saw Sanchez, who has been at Real Madrid for 14 years, make one league appearance for the club, as well as being a fixture in the club's B-team, Castilla.

Meanwhile, Madrid are also thought to be close to an agreement which would see striker Borja Mayoral return to Levante for another season on loan.