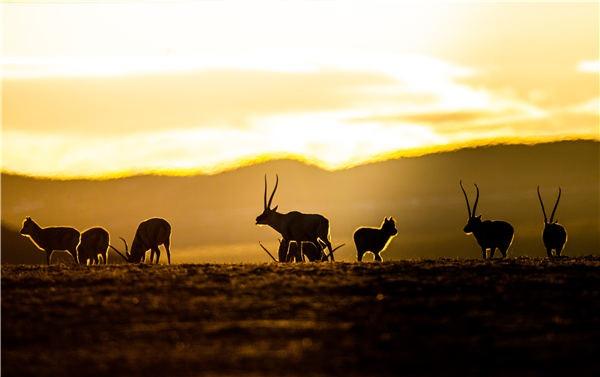 The county, about 120,000 square kilometers in area, lies in the middle of the Qiangtang National Nature Reserve. The name "Shuanghu" means "two lakes." But the county has many lakes within its boundary.

When visiting Shuanghu in winter, you can treat yourself to one of nature's most attractive scenes: the sun casting its rays upon frozen lakes and wild animals such as kiangs, Tibetan antelopes and yaks wandering on meadows at the foot of snow mountains, unfazed by the odd vehicle passing by.

READ MORE: Tibet works to guard its jewels of nature

There are 14,000 residents in Shuanghu. It's one of the lowest population densities in China. In Dongmar township, the seat of the county's government, rows of ochre and white Tibetan-style buildings come into view. Unsurprisingly, few residents are spotted here.

After a 90-kilometer drive from Dongmar, we ran into three wildlife conservators who were on a patrol mission near the Purog Kangri glacier. At such an altitude, breathing is not easy, let alone going on routine patrols all year round. We tried to follow the rangers, but our off-road vehicle kept sinking into the snow. 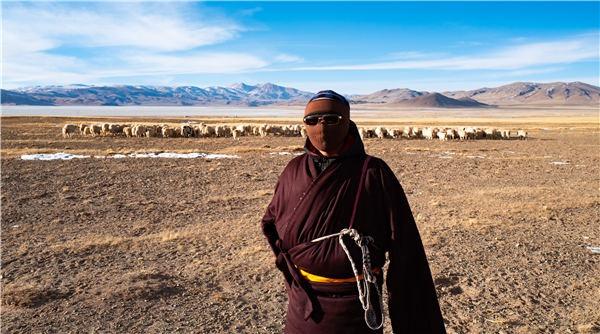 There are 135 conservation staff members working in Shuanghu's 15 wildlife management and conservation stations to improve protection of wild animals. In 2018, the county government suspended construction of tourism-related support facilities around the Purog Kangri glacier to better protect the environment.

"We see Tibetan antelopes more often than before," said Samkar, a wildlife conservator. "As long as I can contribute to my hometown's environmental protection efforts, it's worth it."

Shuanghu now has about 20,000 wild yaks and 200,000 Tibetan antelopes, plus more than 20 rare species such as the snow leopard and brown bear.