By Ma Si and Ma Chenguang 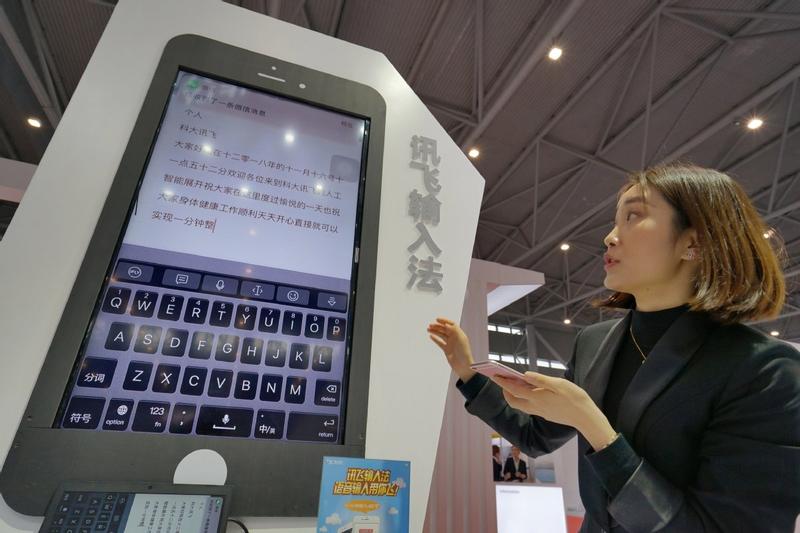 With the application of artificial intelligence ready to take off in 2019, more efforts are needed to build a sound infrastructure to support its integration into a wide range of sectors, said deputies to the 13th National People's Congress.

Liu Qingfeng, chairman of leading Chinese AI company iFlytek and also a deputy to the 13th NPC, said as a new infrastructure to buoy the country's development, AI is of great value, and more resources are needed to invest in strategic areas, including education and healthcare, to boost AI's permeation into more industries.

AI is a crucial driver to promote industrial upgrading and technological advancement in China, but we are still short of relevant talent. This is the other urgent problem we must address.

"AI is a crucial driver to promote industrial upgrading and technological advancement in China, but we are still short of relevant talent. This is the other urgent problem we must address," Liu said.

According to Liu, Cambricon, an AI-chip company that iFlytek has invested in, is considering listing on the country's much-anticipated science and technology innovation board.

To beef up the application of AI, iFlytek has leveraged its years of expertise in voice recognition and machine translation in its latest product: a smart recorder. The recorder can recognize voices and automatically transcribe oral speech into written words. It can also translate Chinese into English in real time.

"This year will see AI creating real value in more sectors. Companies that can't put their AI technologies into applications may be forced to exit the market in 2019," Liu said.

His comments come as the investment boom in AI is starting to recede and venture capital companies are becoming more rational when calculating the value of AI startups.

China is implementing a national AI development plan that aims to build a 1 trillion yuan (US$147.9 billion) AI core industry by 2030, which is supposed to stimulate as much as 10 trillion yuan in related business.

A report from consultancy firm PwC, also known as PricewaterhouseCoopers, forecasts that AI will contribute US$15.7 trillion to the global economy in 2030 and China will be among the biggest beneficiaries of that, with a 26 percent boost to its GDP in 2030.

iFlytek, based in Hefei, capital of Anhui province, is part of a broader trend in the East China province where companies and local governments are working hard to seek high-quality growth by encouraging technology and innovation.

Wang Cheng, mayor of Bengbu, a city in Anhui, and a deputy to the 13th NPC, said the city's research and development spending grew 26.9 percent year-on-year in 2018, marking the biggest rise within the province.

"One step ahead in science and innovation can help us gain a big edge on the path toward industrial upgrading and high-quality development," Wang said, noting that manufacturing is the core of the real economy while the key to manufacturing is innovation.

"As a science and technology innovation hub in Anhui, we have always adhered to an innovation-driven strategy, focusing on silicon-based, bio-based new materials, and are making great strides toward building an 'innovation city' and a 'new material capital'," Wang noted.

According to him, the city's GDP grew 8.5 percent last year, thanks to the larger role technology plays in fueling development, especially in making better use of the city's abundant new material resources.

In 2018, the city's output value of silicon-based and bio-based new materials industry reached 80 billion yuan, and is expected to surpass 100 billion yuan this year, he added.