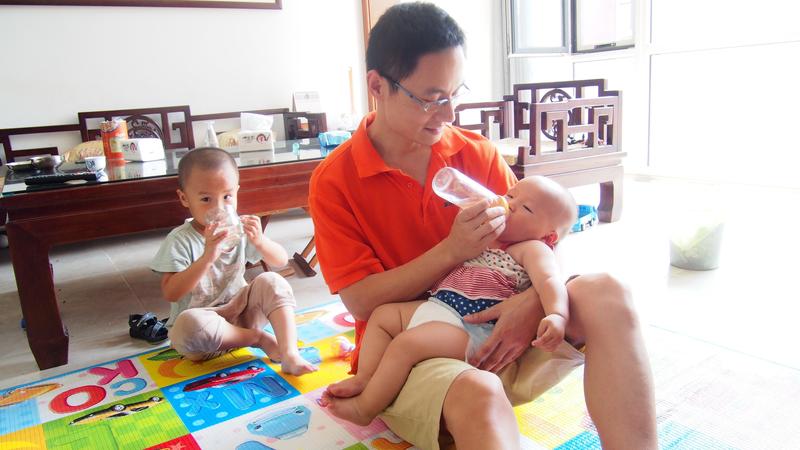 In this undated photo, a stay-at-home dad takes care of his young children in Jinan, Shandong province. (PHOTO / CHINA DAILY)

Despite the extra financial pressure of raising a second child, Dai Shujuan and her husband wanted another baby so their firstborn would have a sibling to share life's joys and difficulties.

The family now spends nearly 40 percent of its monthly income on the children.

"It doesn't matter if our children have lives that are rich in material possessions or not－it's important for them not to be lonely," Dai said.

In October 2015, when the universal second-child policy was adopted, an online survey conducted by marketing company CVSC-TNS Research showed that 32 percent of the more than 35,000 respondents said they had a second child because they were worried that their firstborn would be lonely.

Dai has a sister who is four years younger than her.

"My sister is always in my mind. We share lots of things, such as burdens and even friends. When I got married, she felt as though a treasure had been taken away, and vice versa. Modern society is demanding, and human hearts are not what they were in the old days, so a blood sister is someone to trust and rely on throughout your life, especially after your parents die," she said.

Dai's husband, an only child, was even more in favor of having a second child than she was.

"When his father was ill, he had no brother or sister to share the difficulties. Also, when the old man died, my husband had no one to share his grief. Talking with me is not the same as talking with a sibling," Dai said.

"I didn't want my child to grow older and feel lonely after we die." 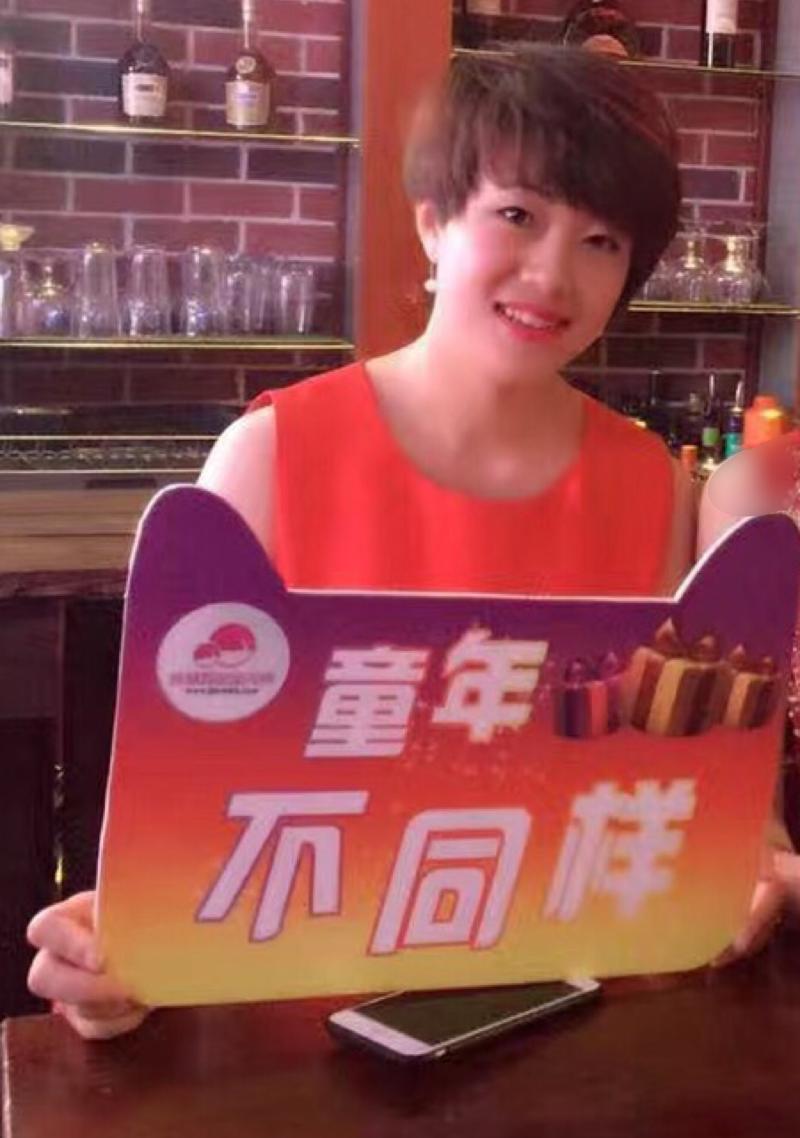 In 2010, there were nearly 140 million only children age 30 and younger in China, and the number will rise to 200 million by 2020, according to research by Wang Guangzhou, an expert in demographics at the Chinese Academy of Social Sciences.

In January 2016, the central government scrapped the family planning policy in the hope of seeing the population grow. Now, every couple is allowed to have two children. Last year, the number of second children born in China reached 8.83 million, a rise of 1.62 million from 2016, according to an article on the website of the National Bureau of Statistics.

While concerns about loneliness are a major reason parents decide to have a second child, according to the CTR online poll, sometimes a child expresses the wish to have a sister or brother.

Last year, the number of second children born in China reached 8.83 million, a rise of 1.62 million from 2016, according to an article on the website of the National Bureau of Statistics

In November, Xu Huiying, a 29-year-old mother, decided to have a second child after her son complained every day about being bored.

The middle school teacher realized that what her 5-year-old son needed most was company, so she decided to have another child.

"Before that my son told me repeatedly, 'Mom, it is so boring staying at home by myself.' He played with our neighbor's son sometimes, but back home he still felt lonely. As the advertisement for a toy brand says, 'Technology will never replace company.' A brother or sister is a child's best companion," she said.

Wang Jiumin, a university administrator in Beijing, didn't expect to have a second child, but after she became pregnant in 2015, her son began a countdown to welcome his new playmate.

"When his little brother was in the cradle, he sang him songs he had learned in kindergarten. Now his brother is 2 years old, he holds the little boy in his arms and they watch cartoons together."

Although they still fight over toys occasionally, they stand up for each other and help each other if one of them gets into trouble at the kindergarten.

According to Wang, now they are older it is easier to take care of two boys rather than one.

"They play well together and are inseparable. Recently, I fell asleep while watching the World Cup, and the boys played by themselves until their father returned," she said.

However, some children do not welcome a sibling, who they regard as a rival, and it often takes time for the parents to settle things down.

Wang Di is the mother of a 5-year-old daughter and a 2-year-old son in Beijing. She tries to mediate between the two.

"My daughter became more sensitive after our little boy was born. We needed to consider her emotions all the time because her brother took up so much of our love. She would not bring her brother a yogurt when she took one from the fridge, but her brother would share with her because when he came into the world he knew he had a sister," she said.

"Now, despite occasional arguments, they have fun together most of the time. Two children double the pain, but also double the joy."