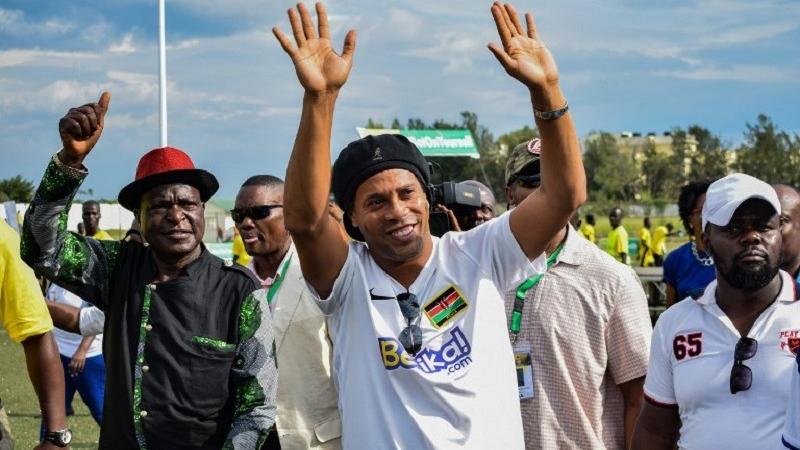 RIO DE JANEIRO - The absence of Brazil great Ronaldinho from the annual Globe Soccer awards in Dubai this week had nothing to do with a court-ordered travel ban, his lawyer said on Thursday.

"His life continues as normal," Ronaldinho's lawyer Sergio Queiroz told Uol Esporte. "He is invited to attend events every week and he chooses the ones that he wants to go to."

The former Barcelona playmaker also holds a Spanish passport though Queiroz said his client did not use it in his travels.

Ronaldinho was ordered to pay 8.5 million reais (US$2.5 million) in 2015 after being found guilty of building a fishing platform on the Guaiba river in southern Brazil without the necessary permits. The structure was located in a heritage-protected area, according to prosecutors.

In November, a local judge ordered the seizure of his passport for failing to pay the fine.

A two-time recipient of the FIFA world player of the year award and a World Cup winner with Brazil in 2002, Ronaldinho retired from football in 2017.