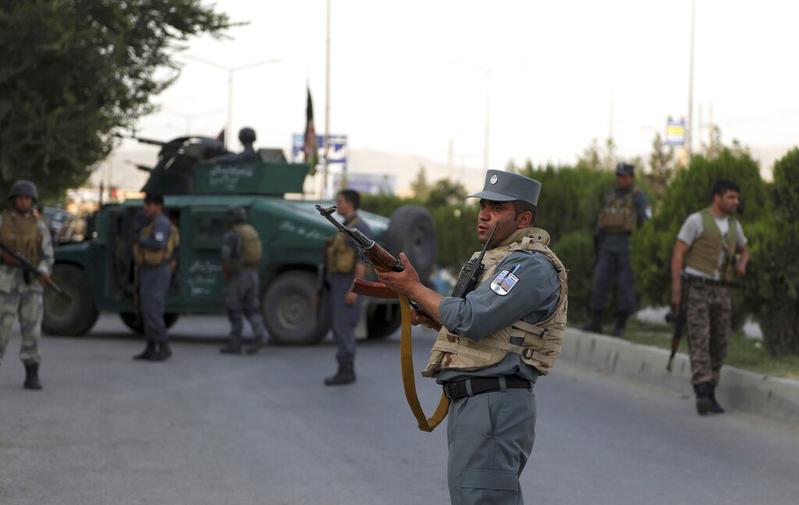 KABUL — More Afghan civilians were killed by Afghan and NATO forces than by the Taliban and other militants in the first half of 2019, the UN mission said in a report released Tuesday.

Most of the civilian casualties were apparently killed during Afghan and NATO operations against insurgents, such as airstrikes and night raids on militant hideouts. Insurgents often hide among civilians.

According to a report by the UN mission in Afghanistan, 403 civilians were killed by Afghan forces in the first six months of the year and another 314 by international forces, a total of 717. That's compared to 531 killed by the Taliban during the same period

According to the report by the UN mission in Afghanistan, 403 civilians were killed by Afghan forces in the first six months of the year and another 314 by international forces, a total of 717. That's compared to 531 killed by the Taliban, an Islamic State affiliate and other militants during the same period.

The report added that 300 of those killed by militants were directly targeted. The Taliban have been carrying out near-daily attacks, mainly targeting security forces.

The Taliban have rejected calls for a cease-fire as they hold talks with the United States aimed at ending the 18-year war. An Islamic State affiliate has meanwhile launched attacks targeting security forces as well as minority Shiites.'

There was no immediate comment from the Kabul government, the Afghan military of the international coalition forces on the UN report.

The US formally ended its combat mission in Afghanistan in 2014 but still provides extensive air and other support to local forces battling both groups.

"Parties to the conflict may give differing explanations for recent trends, each designed to justify their own military tactics," said Richard Bennett, the human rights chief of the UN Assistance Mission in Afghanistan, which released the report.

He said the situation for ordinary Afghans would be improved "not just by abiding by international humanitarian law but also by reducing the intensity of the fighting."

ALSO READ: US envoy hails latest talks with Taliban as the best ever

According to the report, civilian deaths and injuries were down by a quarter from January to June 2019 compared with the same time last year, when casualties were at an all-time high. Civilian casualties attributed to insurgents dropped by 43%.

One in three casualties was caused by ground combat and a fifth were caused by roadside bombs, the report showed. Aerial operations accounted for around 14% of the casualties.

On Tuesday, a Taliban statement praised the killing of two US service members the previous day in southern Kandahar province. The Afghan soldier who turned his gun on the Americans was wounded and is in custody, according to US officials.

The Taliban called the shooter a "hero" and said the Afghan soldier had opened fire at the Americans inside a military base in the Shah Wali Kot district in Kandahar. The US military has so far not identified the slain Americans, pending notification of their families.

Even with the Taliban-US talks underway, there appears to be no end in sight for the violence.

A suicide bomber on a motorcycle detonated his explosives at a market in southern Kandahar province on Tuesday morning, killing at least three children, said Jamal Naser Barekzai, spokesman for the provincial police chief. He said 23 civilians, including eight children, were wounded in the attack in the Spin Bolduk district near the border with Pakistan.

Also Tuesday, a Taliban attack on a checkpoint left three police officers dead in northern Baghlan province, said Jawed Basharat, spokesman for the provincial police chief. He said air support was called in following the attack on the outskirts of the provincial capital, Puli Khumri, and that around 50 Taliban insurgents were killed.

There was no immediate claim of responsibility for the three latest attacks.

There has also been no claim of responsibility for an attack Sunday night that apparently targeted the office of the Afghan president's running mate and former chief of the intelligence service.

The VP candidate, Amrullah Saleh, was safely evacuated from the scene of the attack, which left at least 20 people dead and about 50 wounded. Saleh is known for his fierce anti-Taliban stance.