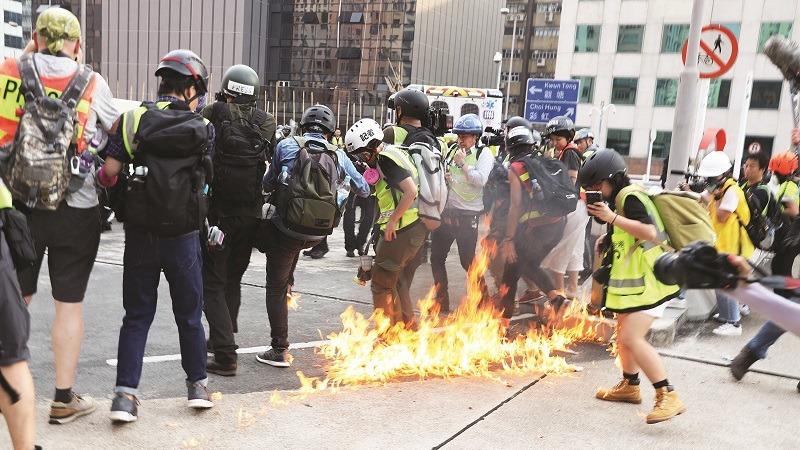 A gasoline bomb thrown by radicals lands in the crowd of journalists during protest on Aug 24, 2019. (PHOTO / CHINA DAILY)

On Sunday night in Tsuen Wan, when an officer fired the first warning shot in the air since the extradition-bill protests erupted in June, Hong Kong police -  who have been treated as the “enemy” of protesters - were back in the spotlight again.

Many blamed the police for using excessive force as these people saw only a moment in online video clips or front-page photos of local newspapers. But as a witness at the scene, I must say these critics don’t know exactly what really happened. And they never thought about how suddenly the clashes erupted and how violent and dangerous the situation was.

ALSO READ: Lam: We're prepared for dialogue, but no violence

Please stay rational and do not let prejudice, discontent and hatred influence your judgment

About 8 pm on Sunday, about six police officers patrolled the blocks around Sha Tsui Road and Yi Pei Square in Tsuen Wan where a mob of rioters had just vandalized a mahjong shop. No suspects were found. Only some groups of onlookers who wanted to watch the video game Urban Reign for real stood on the sidewalks.

Suddenly, peace turned into chaos as several in the crowd shouted “Police gangsters!”

Within one minute, some black-clad and masked rioters dashed out. As they exclaimed “only a few cops are here”, more of the mob rushed onto the road; dozens of them became aggressive and began to assault a team of police officers with long metal pipes and bamboo poles.

The sudden change shocked me. From my camera’s viewfinder, I saw police officers surrounded by aggressive protesters and retreating more than 10 meters;then a gunshot pierced the air.

Most of the rioters stopped rushing forward immediately, but some still threw bricks at police officers.

I don’t know whether some rioters earlier hid in the crowds of residents or reporters on sidewalks and whether this was a premeditated attack, but what I am sure is that the mob vastly outnumbered police officers at the scene. 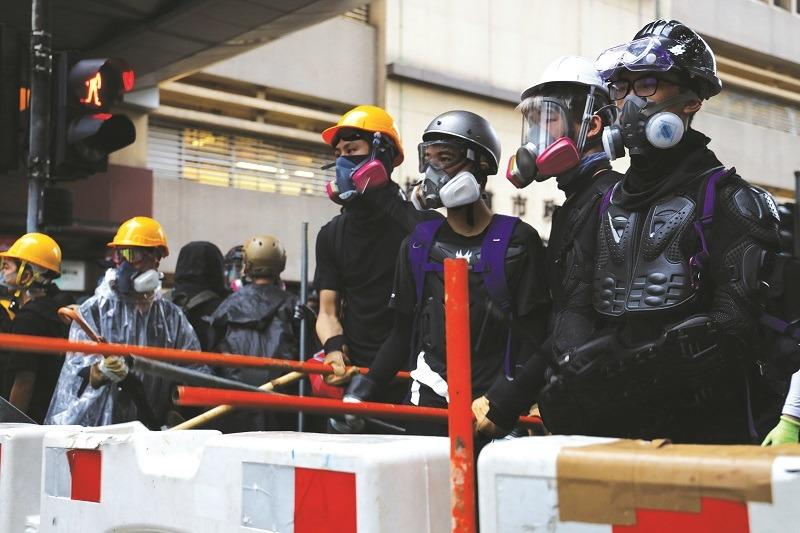 It is ironic that on the following day, almost all people cared about was whether it is necessary for police officers to draw pistols and why they pointed their service revolvers at the crowds. But no one asked or dared to question whether the rioters’ actions brought about this reaction. Who gave them the right to assault police officers, especially when the police did nothing?

On the same day, some protesters complained that the police’s dispersal operation was done too early as the lawful protest had not ended. Some residents even blamed the mayhem and the violence on the appearance of riot police.

However, as I have seen in the last three months, whenever protesters keep their marches to designated areas and there are no roadblocks or hurling of bricks, the police have always been restrained and not taken any firm action.

I think any reasonable person would be able to see who really lit the fuse sparking these violent clashes. 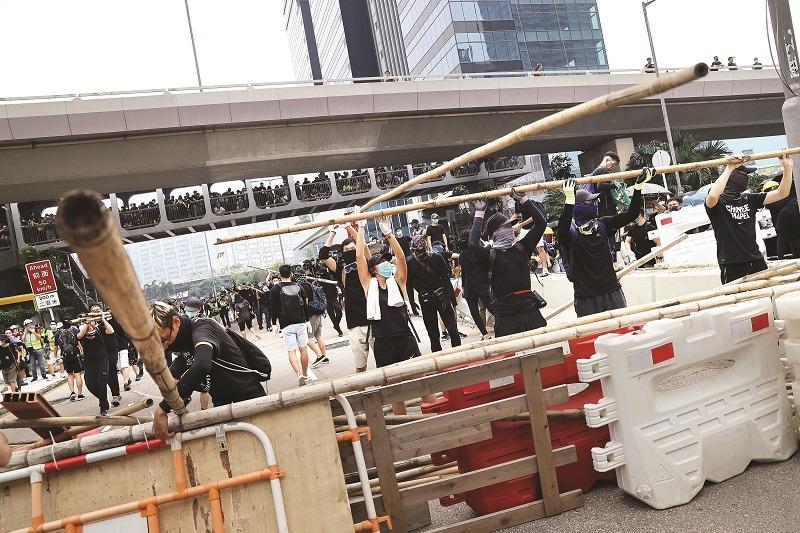 I’m grateful to my friends who kindly reminded me to be vigilant about “police gangsters” when reporting the protests. However, what made me more scared in recent demonstrations are not police officers, but gasoline bombs and bricks flying from all directions.

I cannot say the police force has always taken all action properly during this massive social unrest. But in my experience, most of the news or descriptions about the city’s police force are not true.

It is dangerous for the city that all eyes are fixed on issues relating to police actions while many people are misguided; they choose to turn a blind eye to provocations and violence by rioters.

Please stay rational and do not let prejudice, discontent and hatred influence your judgment.