By Wen Zongduo and Zhang Li 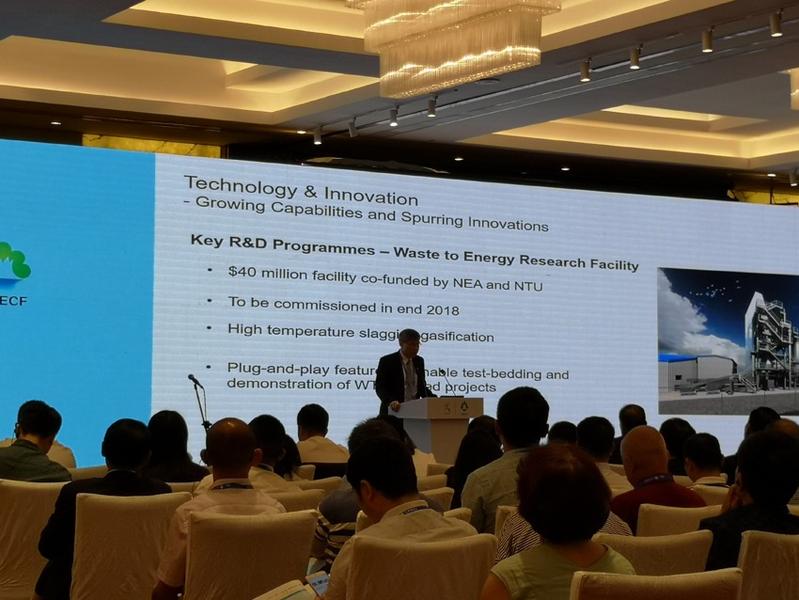 Yang Zijiang, deputy director-general of the Information Center of the Ministry of Ecology and Environment, cited the role of innovative technologies behind China’s improving environment.

To further cooperate with ASEAN and other nations, China is willing to share its experiences in environmental innovation and pollution control

He talked about this while holding discussions with officials and professionals from ASEAN and other nations at the two-day China-ASEAN Environmental Cooperation Forum 2018, which began on Tuesday,

“Automatic monitoring of pollution sources and hotspot frames, and severe pollution alerts” in practice have contributed much to improving the environment, Yang told the guests at the forum in southern Chinese city of Nanning.

A program named Sky-Eye allows sensors across Beijing, Tianjin and Hebei province to sketch out about 30,000 net frames, so that problems in a certain frame could be easily identified and solved. Manpower has also been increased. In 2017 more than 5,600 people were mobilized to inspect areas surrounding Beijing and settle related problems.

Behind the innovative practices are key arrangements in guidance, top-level design, legal guarantee and systemic reform to make things happen, according to Zhao Yingmin, vice minister of ecology and environment.

To further cooperate with ASEAN and other nations, China is willing to share its experiences in environmental innovation and pollution control, he said.

He cited three major events in 2017 as milestones for China’s environmental protection. The first one was the 19th National Congress of the CPC in October, which clarified the general agenda of building ecological civilization in a beautiful China and listed improving environment as one of three major tasks for the country.

Zhao identified the national ecological protection conference in May as the second milestone. Basic principles of ecological civilization seeking global ecological construction and engagement in global environmental governance were established there.

The restructuring of government mechanism under the Ministry of Ecology and Environment since March was the third milestone, he said. Its functions cover mainly pollution control, ecological protection, nuclear and radiation security and climate change, among others.

In practice, the country improves its legal system further by adopting a three-year agenda, with the recent passing of soil pollution control law. Law enforcement is also enhanced together with a full-fledged environmental monitoring that now covers all provincial regions in the mainland,

The country has updated its quality standards on environment, numbering about 1,800 items mainly on air, water, noise and soil, said Wu. About 100 standards on monitoring are under review and adjustment.

Yan Zhichan, vice governor of Guangxi congress, said the region is moving to increase transparency in ecological information, people-oriented services online. “This sharp tool of big data is conducive to lift the scientific, precision and efficiency level of pollution control.”

The new rules on China VI engines are reducing emissions by more than half from previous standards, he noted. China used to refer vehicle emissions to European practices, which fail to meet Chinese requirements in real operations in the new era.

The challenges include practical complexity of reduction technologies and experiences in balancing costs and efficiency.

Li Panwen, program manager of a division with the China-ASEAN Environmental Cooperation Center, said one of their projects is linking Chinese and cities elsewhere in exchanges. More cities will join the partnership program between China and ASEAN, she said.

Dai said they are also seeking international cooperation with others in building eco-cities both in Asia and elsewhere.