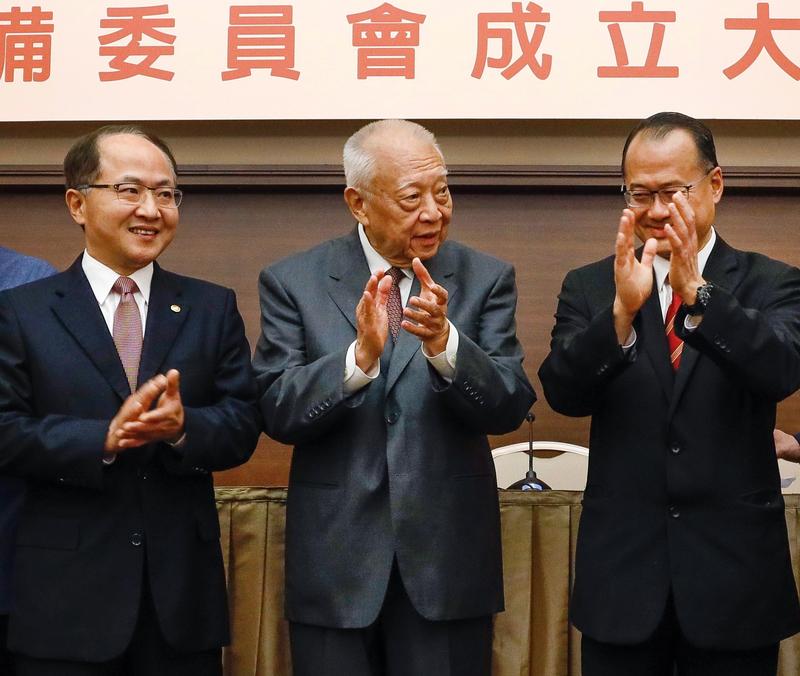 From left: Wang Zhimin, director of the Liaison Office of the Central People’s Government in the HKSAR; Tung Chee-hwa, vice-chairman of the CPPCC National Committee; and Jonathan Choi Koon-shum, president of the Hong Kong Chinese General Chamber of Commerce, attend the launch ceremony of the preparatory committee for celebrations of the 70th anniversary of the founding of the People’s Republic of China. (ROY LIU / CHINA DAILY)

HONG KONG-The central government’s top official in the Hong Kong Special Administrative Region on Thursday emphasized that the rule of law and social stability are “fundamental” to Hong Kong in the wake of violent protests against the now-suspended extradition law amendments.

Wang Zhimin, director of the Liaison Office of the Central People’s Government in the HKSAR, made the remarks at the launch ceremony of a local preparatory committee for celebrations of the 70th anniversary of the founding of the People’s Republic of China.

Wang said that he was “saddened” by the recent violence, especially the vandalizing of the city’s Legislative Council building by radical protesters in an “extremely uncivilized” manner which has shocked the world.

He stressed that the rule of law serves as the cornerstone of Hong Kong’s lasting prosperity and stability. “The rule of law is like air and water,” Wang said. “People don’t normally notice them, and only realize their value when they are polluted or depleted.”

The answer to this question not only has a bearing on Hong Kong’s current situation and future development, but also on the fundamental interests of Hong Kong people, Wang noted.

He cited President Xi Jinping’s speech at celebrations commemorating the 20th anniversary of the Hong Kong’s return to the motherland on July 1, 2017, and stressed that Hong Kong cannot afford to be torn apart by reckless actions or internal rifts, while facing increasingly intense international competition.

During the past several weeks, Hong Kong has experienced a string of violent incidents, including the June 12 clashes between protesters and the police, the siege of the city’s police headquarters twice in a week, and the storming and vandalizing of the LegCo Complex on July 1.

Wang said there were external forces “blatantly” interfering with Hong Kong affairs and also a small minority of people who want to profit from the chaos by serving as their pawns. People should be aware of this and firmly oppose such conduct, Wang stressed.