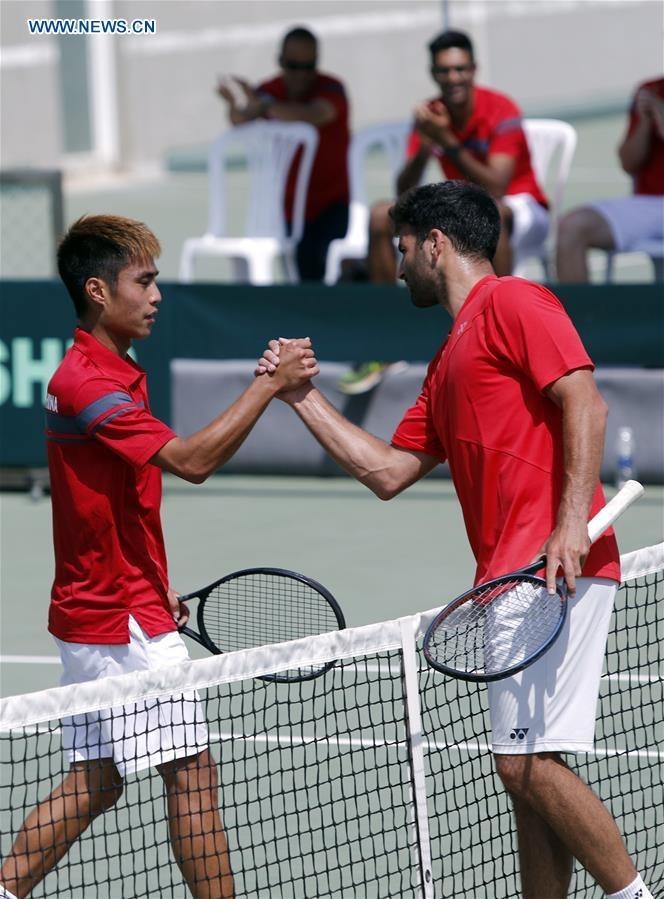 Wong Hong Kit (left) of Hong Kong shakes hands with Benjamin Hassan of Lebanon after a game of Asia/Oceania group of the Davis Cup in Beirut, Lebanon, on April 7, 2018. (PHOTO / XINHUA)

BEIRUT - Lebanon qualified for the tennis finals of the Asia-Oceania group in Davis Cup after beating Hong Kong 3-1 in the semifinal games hosted by the Lebanese Tennis federation at the Notre Dame University in the Zouk Mosbeh region of Mount Lebanon.

On Sunday, Hong Kong's Wong Shon Han and Yuk Bak Long managed to beat Hadi Habib and Geovanni Samaha in the doubles to make it 2-1 before Lebanon's Benjamin Hassan beat Wong Shun Han to secure Lebanon's semifinal win. The team will face Thailand in the finals.

Oliver Faisal, president of the Lebanese Tennis Federation, said after the game that "it is a historic game for the Lebanese sports in general. Congratulations for all the Lebanese. The players played a very professional game under the supervision of Coach Nasri al-Achkar".

Before the games, he had said that "today is historic for Lebanon. We thank the Hong Kong team for coming to Lebanon and hope good luck for both teams in this very important game for both teams to qualify for Zone 1 in Davis Cup."