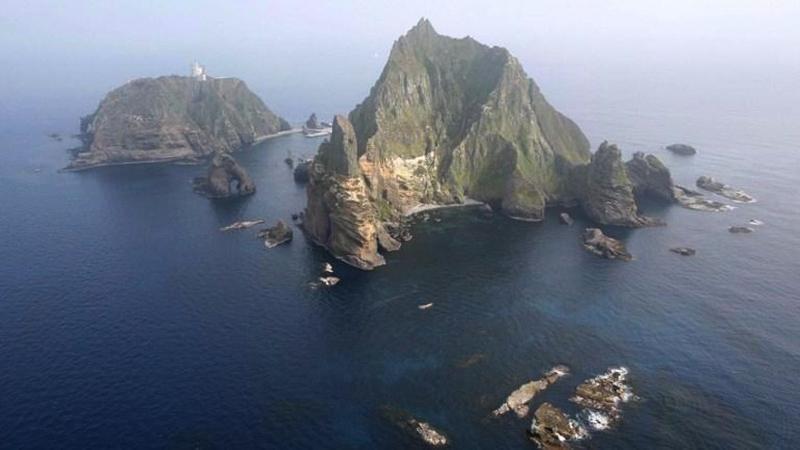 This July 14, 2008 aerial picture shows the Dokdo islets, called Takeshima in Japan, in the East Sea (the Sea of Japan). (PHOTO / KOREA POOL REPUBLIC OF KOREA OUT / AFP)

South Korea and Japan have long been at odds over a set of historical issues, including the wartime sexual slavery, the wartime forced labor and the islets

Seoul's foreign ministry said in a statement that some Japanese politicians held a demonstration in Tokyo to demand an early resolution of the Dokdo islet issue despite its repeated warnings over Japan's sovereignty claim to the islets.

The ministry strongly protested against the rally, demanding an immediate abolishment of the event.

It urged Japan to immediately stop a futile claim to Dokdo, which the ministry said is an inherent territory of South Korea historically, geographically and by international law.

The ministry called on Japan to clearly recognize that the right understanding of history would be a foundation for the development of relations between South Korea and Japan.

South Korea and Japan have long been at odds over a set of historical issues, including the wartime sexual slavery, the wartime forced labor and the islets, to which Japan has laid territorial claims on various occasions.

South Koreans regard the territorial claim as Japan's refusal to repent for its imperialist past as the rocky islets were incorporated into Japan's territory during the 1910-1945 Japanese colonization of the Korean Peninsula.

South Korea regained its sovereignty over the rocky outcroppings right after its liberation from the colonial rule.