Spotify plans to list shares, fend off Apple and Amazon 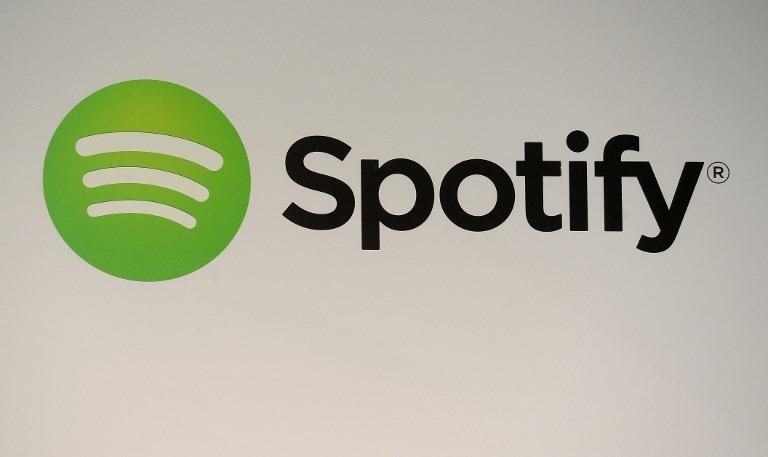 Music streaming service Spotify on Wednesday filed for a direct listing of its shares, laying out financial data for the first time that cheered some analysts but led others to question how it could turn a profit from its growing subscriber base.

Spotify, which wants to trade as SPOT on the New York Stock Exchange, is taking an unusual path to the US public markets, with a direct listing that will let investors and employees sell shares without the company raising new capital or hiring a Wall Street bank or broker to underwrite the offering.

Because the company will not issue any new shares, it did not specify a listing price. Based on private transactions, it is valued at roughly US$19 billion, according to Reuters calculations.

Spotify, launched in 2008 and available in more than 60 countries, is the biggest music streaming company in the world and counts services from Apple Inc, Amazon.com Inc and Alphabet Inc's Google as its main rivals.

In the filing, Spotify laid out detailed financial data for the first time, showing rising revenue and relatively steady operating costs, which analysts took as a positive.

Its net loss ballooned 129 percent in 2017, driven mostly by financing costs related to a 2016 deal in which Sweden-based Spotify raised US$1 billion in debt that would convert to shares upon an initial public offering.

"The revenue continues to grow but in particular their costs are growing slower than revenue, which is exactly what you expect in a business like this," said Jay Ritter, an expert in initial public offerings and professor at the University of Florida.

Spotify, which wants to trade as SPOT on the New York Stock Exchange, is taking an unusual path to the US public markets

Spotify compared its aspirations to the reach of Facebook and YouTube. "We believe the universality of music gives us the opportunity to reach many of the over 3.6 billion internet users globally," it said.

With 71 million premium subscribers globally, Spotify has about twice as many paying customers as music streaming runner up Apple, with 36 million. Including those who listen to advertising-supported streams, Spotify has about 159 million monthly average users.

Google has not said how many subscribers it has to Google Play, its music streaming service.

Spotify's premium subscription costs US$9.99 a month, but it said it saw great potential in its ad-supported service, which Apple does not offer.

"With our ad-supported service, we believe there is a large opportunity to grow users and gain market share from traditional terrestrial radio," Spotify said.

The net proportion of subscribers who left Spotify's paid-for service, or churn, fell to 5.1 percent of paying customers at the end of 2017, from 6.9 percent at the start of 2016, the company said.

"This has been a question we've been wondering for a long time: how sustainable is Spotify's model? This is the very first time we're seeing public disclosure about churn, and the news there is really good," said Larry Miller, head of the music business program at New York University's Steinhardt School.

Spotify calculated that customers brought in 3.6 times more revenue over their life as a user than the company spent on marketing to attract them, as of the end of 2017, helping boost free cash flow to 109 million euros by the end of last year.

ALSO READ: Tencent fends off Spotify, Apple in China's battle for the bands

Still, in going head to head against Apple, Amazon and others, Spotify is "competing against companies that never need to make a dime on music as a standalone business and that in fact use it to drive other aspects of their business," Miller said.

Apple and Alphabet also control the two main operating systems used by smartphones, iOS and Android. They and Amazon are all developing computer assistants, such as Amazon's Alexa and Apple's Siri, that could give the bigger companies advantages.

"Many of our competitors enjoy competitive advantages such as greater name recognition, legacy operating histories, and larger marketing budgets, as well as greater financial, technical, human, and other resources," Spotify said in its filing.

Apple has launched massive marketing campaigns around its service and added subscribers rapidly in the last three years. "I don't think there's any doubt that the pace of competition this year has quickened," Miller said.

Spotify has a powerful ally, in the music arm of China's Tencent Holdings Ltd. The companies in December said they would buy minority stakes in each other, helping increase exposure to each other's core markets.

STOCK COULD BE VOLATILE

A direct listing does not dilute ownership, as would happen with a conventional initial public offering, and saves hundreds of millions of dollars in underwriting fees. But it also frees existing owners from any lockup period restricting them from selling their shares following the listing.

Underwriters that provide price stability for new listings are not used in a direct listing, which could mean a volatile start for Spotify shares in public.

Shares trade privately in a wide band. Spotify is valued between US$16.8 billion and US$22.5 billion, based on recent ordinary share prices between US$95 and US$127.50 in the private markets in February and 178 billion shares estimated outstanding by the end of February, according to its filing.

"How can Spotify monetize its user base beyond a US$5-US$15 monthly subscription fee?," Morgan asked.