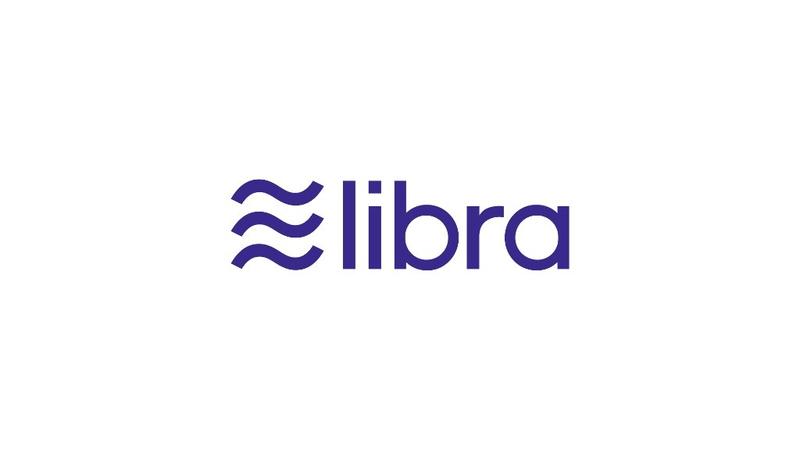 This undated image obtained June 17, 2019 courtesy of Libra Press shows the logo graphic for Libra. Facebook is leaping into the world of cryptocurrency with its own digital money, designed to let people save, send or spend money as easily as firing off text messages. "Libra" -- described as "a new global currency" -- was unveiled June 18, 2019 in a new initiative in payments for the world's biggest social network with the potential to bring crypto-money out of the shadows and into the mainstream. (HANDOUT / LIBRA PRESS / AFP)

SAN FRANCISCO — Facebook is getting a taste of the regulatory pushback it will face as it creates a new digital currency with corporate partners.

We will demand guarantees that such transactions cannot be diverted, for example for financing terrorism

"We will demand guarantees that such transactions cannot be diverted, for example for financing terrorism," he said on Europe-1 radio.

Facebook unveiled its much-rumored currency Tuesday and said it will launch publicly early next year with such partners as Uber, Visa, Mastercard and PayPal.

Libra could open online purchasing to millions of people who do not have access to bank accounts and could reduce the cost of sending money across borders. It's easy to see how attractive an alternative like Libra could be to people in countries beset with hyperinflation such as Venezuela.

But Facebook already faces scrutiny over its poor record on privacy and its dominance in social media, messaging and related businesses.

Libra poses new questions for the social network: Given that cryptocurrency is lightly regulated now, if at all, how will financial regulators oversee Facebook's plan? And just how much more personal data will this give the social media giant, anyway?

A 'rude awakening' over regulation

The financial industry is more heavily regulated than internet companies — especially in the US, where tech companies have often been given free rein. 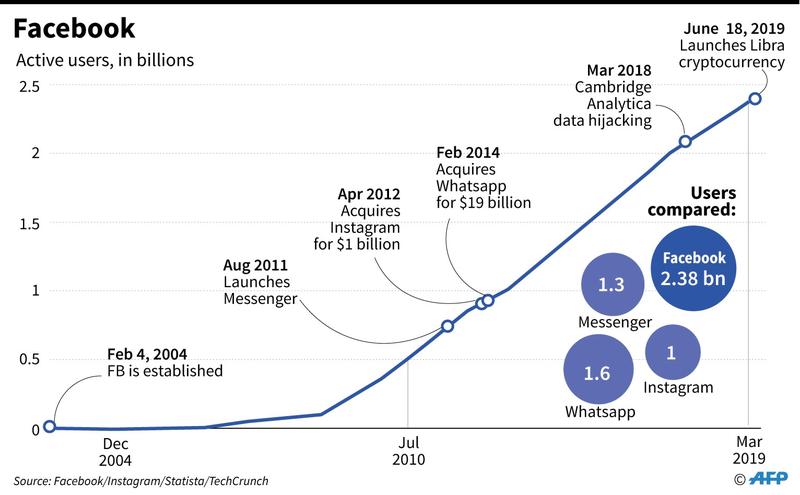 An AFP graphic shows a chart showing main developments in Facebook's history and the increase in active users since 2004.

Companies creating Libra are in for a "rude awakening" if they expect the same model of light regulation, said Karen Shaw Petrou, managing partner of Federal Financial Analytics in Washington.

She expects Libra will fall under US regulations adopted in the wake of the 2008 financial crisis. Which agency will oversee the venture will depend on what the currency system does, she said.

France's Le Maire said he asked central bank chiefs from the G-7 countries to produce a report by mid-July laying out "guarantees that we must set ... to assure us that there are no risks of illicit financing or for the consumer."

In the US, the head of the House Financial Services Committee wants Facebook to suspend plans for a new currency until Congress and regulators are able to study it more closely.

In asking Facebook to put the Libra currency plans on hold, Rep. Maxine Waters, a California Democrat, said Facebook "is continuing its unchecked expansion and extending its reach into the lives of its users."

The senior Democrat on the Senate Banking Committee said Facebook's new digital currency will give the tech giant unfair competitive advantages in collecting data on financial transactions as well as control over fees.

"Facebook is already too big and too powerful," said Sen. Sherrod Brown of Ohio.

ALSO READ: Facebook rejects call for its breakup for being 'too big'

Brown and Waters both called on financial regulators to examine the new currency project closely.

In a statement, Facebook said, "We look forward to responding to lawmakers' questions as this process moves forward."

One hurdle Facebook and its partners will face is the potential for criminals to use it for money laundering and fraud, given the pseudo-anonymous nature of Libra and other digital currencies.

Facebook said it will comply with all existing financial regulations, though it has not offered many details. The company said its wallet app for using Libra will walk people through a verification process to ensure they are who they say they are.

Still, Facebook is sure to face an onslaught of liability concerns when it comes to anti-money laundering and identity verification, said Nicholas Weaver, a senior researcher at the International Computer Science Institute.

"I am shocked they have decided to go ahead," he said.

Facebook has been dogged with questions about users' personal data, especially since the Cambridge Analytica scandal hit last year.

That appears to be part of the reason Facebook created a nonprofit oversight association to govern Libra. It also created a subsidiary, Calibra, to work on the technology, separately from its main social media business.

"We've heard loud and clear that you don't want social and financial data commingled," Calibra head David Marcus wrote on Twitter, addressing Facebook users. "We understand we will have to earn your trust." 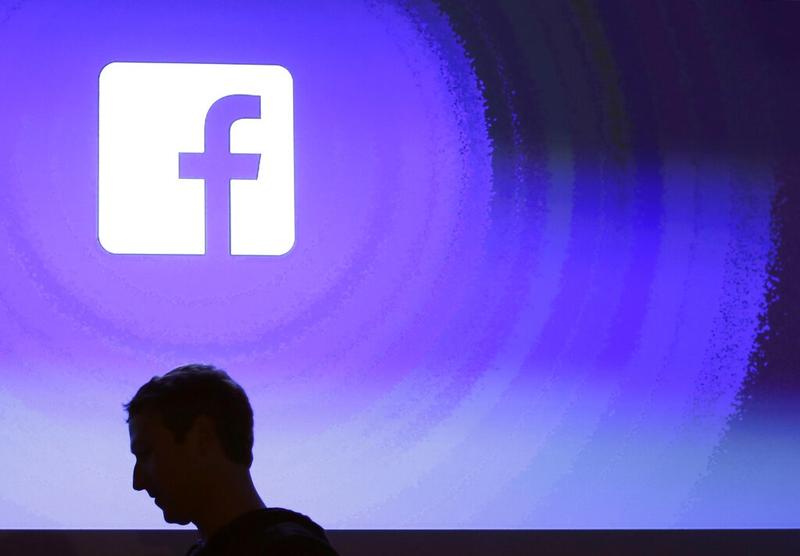 In some ways, privacy is the enemy in the battle against money laundering and other crimes, Weaver said. You want to know who is making transactions to keep them secure and legal, he said.

Cryptocurrencies such as Libra store all transactions on a widely distributed, encrypted ledger known as the blockchain. Libra is designed so transaction amounts are visible, but transaction participants can be anonymous — at least until they move money into real-world accounts.

ALSO READ: Bitcoin crashes to lowest this year, losses top 25% in a week

Facebook said people can keep their individual transactions from appearing on the blockchain by using Calibra's wallet app, though in that case, Calibra itself would have people's data.

Congress has launched an inquiry into whether Big Tech giants such as Facebook and Google have gotten too big. Regulatory bodies including the Federal Trade Commission and Justice Department are said to be considering investigations.

"It is a grass-roots entry into a new field and can actually reflect an increase in innovation," she said.

Still, she said, people could be alarmed because of Facebook's use of data in the past. And Justice Department officials have hinted they may take a broader view of harm to competition to go well beyond whether a company's dominance leads to higher prices.

Sarah Miller, deputy director of Open Markets Institute, which advocates against monopolies, said it was "insanity" to trust Facebook to launch a global cryptocurrency when it is already facing regulatory scrutiny around the world over data privacy.

"The FTC needs to rein in Facebook before the corporation puts our financial information and currency systems at risk, too," she said.