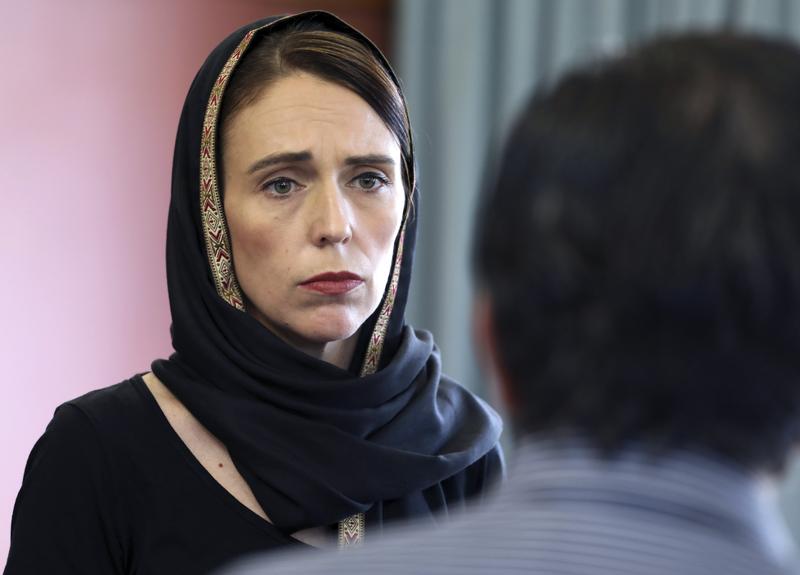 In this photo released by New Zealand Prime Minister's Office, Prime Minister Jacinda Ardern speaks to representatives of the Muslim community, March 16, 2019 at the Canterbury Refugee Centre in Christchurch, New Zealand, a day after the mass shootings at two mosques in the city. (PHOTO / NEW ZEALAND PRIME MINISTER OFFICE / AP)

WELLINGTON/CHRISTCHURCH — New Zealand Prime Minister Jacinda Ardern on Tuesday praised the bravery and courage by mosque worshippers as a lone gunman massacred their friends and family, saying the nation stood with its grieving Muslim community in this "darkest of days".

Anyone caught sharing the massacre video in New Zealand faces a fine of up to US$6,855 or up to 14 years in jail. Facebook has said it removed 1.5 million videos within 24 hours of the attack

As preparations for the first burials were underway for the 50 people killed last Friday in the Christchurch mosques mass shooting, Ardern singled out three worshippers, including one of the first killed in the attack.

"Of course he had no idea of the hate that sat behind the door, but his welcome tells us so much – that he was a member of a faith that welcomed all its members, that showed openness, and care," she said.

Ardern said she never anticipated having to voice the grief of a nation and ended her speech with the Arabic greeting "Alsalam Alaikum", meaning "Peace be upon you".

Australian Brenton Tarrant, 28, a suspected white supremacist who was living in Dunedin, on New Zealand's South Island, was charged with murder on Saturday. 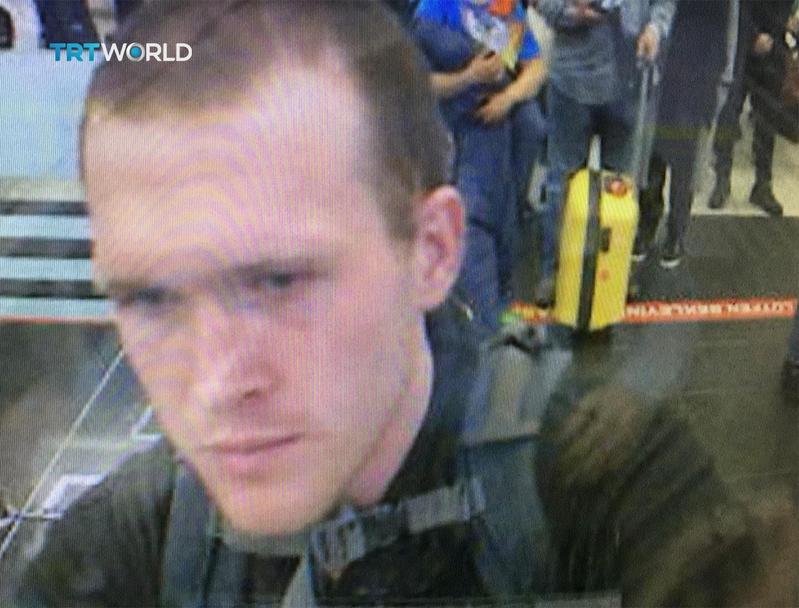 Tarrant was remanded without a plea and is due back in court on April 5, where police said he was likely to face more charges.

"The families of the fallen will have justice," said Ardern, adding she would never mention the alleged gunman's name.

"He may have sought notoriety, but we in New Zealand will give him nothing. Not even his name."

The victims, killed at two mosques during Friday prayers, were largely Muslim migrants, refugees and residents from countries including Pakistan, Bangladesh, India, Turkey, Kuwait, Somalia and others.

Bodies of the victims were being washed and prepared for burial in a Muslim ritual process on Tuesday, with teams of volunteers flown in from overseas to assist with the heavy workload.

A wheelchair-using worshipper who survived the slaughter at the Al Noor mosque, but whose wife was killed, has offered an olive branch to the gunman, saying he would like to meet him and tell him "I still love you." 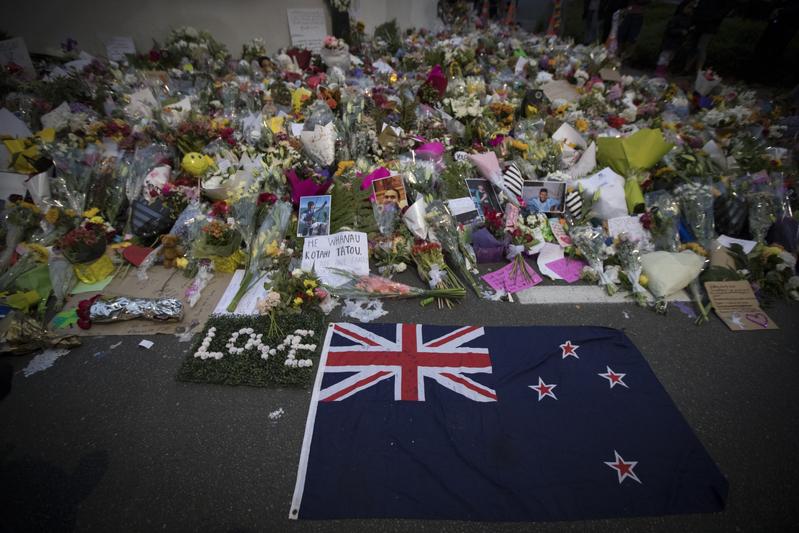 "I don't agree with what you did … you took a wrong decision, a wrong direction, but I want to believe in you. That you have great potential in your heart," said Farhid Ahmed, 59.

The gunman used a semi-automatic AR-15 during the mosque shootings, police said. A New Zealand gun shop owner said the store had sold Tarrant four weapons and ammunition online between December 2017 and March 2018, but not the high-powered weapon used in the massacre.

Ardern has said she supports a ban on semi-automatic weapons and that cabinet has made in-principle decisions to change gun laws which she will announce next Monday. 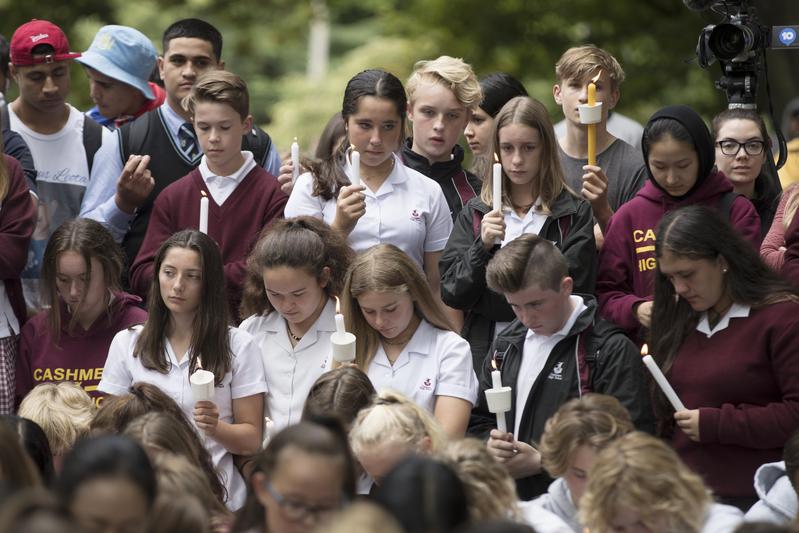 Students hold candles during a moment of silence as they gather for a vigil to commemorate victims of Friday's shooting, outside the Al Noor mosque in Christchurch, New Zealand, March 18, 2019. (VINCENT THIAN / AP)

"Part of ensuring the safety of New Zealanders must include a frank examination of our gun laws," said Ardern.

While some New Zealanders have voluntarily surrendered guns, others have been buying more from gun stores to beat the ban.

A gun club in the northern town of Kaitaia burned down early on Tuesday and police were treating the blaze as suspicious.

Simon Bridges, leader of the opposition National Party, said he wanted to get details of the changes to see if there could be bipartisan support in parliament. The Nationals draw support from rural areas, where gun ownership is high.

"We know that change is required. I'm willing to look at anything that is going to enhance our safety - that's our position," Bridges told TVNZ.

Ardern has said that Tarrant emailed a “manifesto” to more than 30 recipients including her office, nine minutes before the attack but it gave no location or specific details. In the document, which was also posted online, Tarrant described himself as “Just a ordinary White man, 28 years old”.

Ardern was critical of social media platforms for allowing the distribution of hatred and division, including live broadcasts of the attack.

"We cannot simply sit back and accept that these platforms just exist and that what is said on them is not the responsibility of the place where they are published. They are the publisher. Not just the postman," she said.

"There cannot be a case of all profit no responsibility. This of course doesn’t take away the responsibility we too must show as a nation, to confront racism, violence and extremism."

A consortium of global technology firms has shared on its collective database the digital fingerprints of more than 800 versions of the video of the mass shooting. 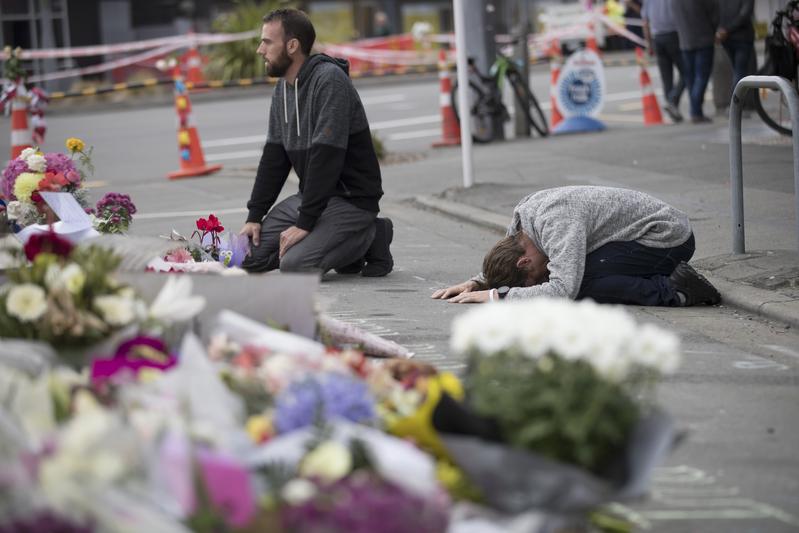 Facebook, the world's largest social media network, has said it removed 1.5 million videos within 24 hours of the attack.

Ardern said there would be an inquiry into what government agencies "knew, or could or should have known" about the alleged gunman and whether the attack could be prevented.

More than 250 New Zealand police staff are working on the inquiry in the attacks, with staff from the US FBI and Australia's Federal Police working with local investigators.

Police will be stationed at mosques around the country when open for prayers and nearby when closed, said Ardern.

"Unfortunately, we have seen in countries that know the horrors of terrorism more than us, there is a pattern of increased tension and actions over the weeks that follow that means we do need to ensure that vigilance is maintained."