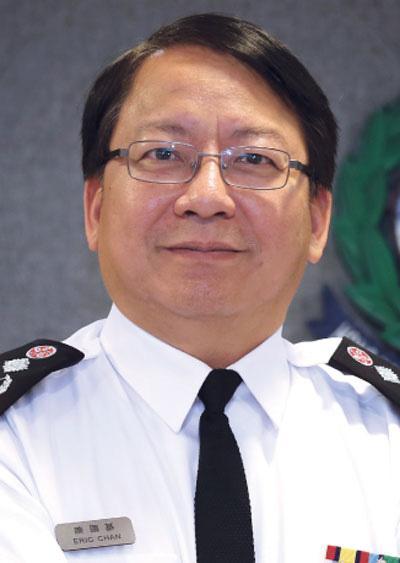 Hong Kong’s former immigration chief, regarded as a “connecter” to stakeholders in the community, will stand by the Chief Executive-designate to form a cabinet, streamline the transitionof the new government and work for a “better future for Hong Kong”.

Announcing the first major member in her administration, CE-designate Carrie Lam Cheng Yuet-ngor on Thursday said the selection of other principal officials was progressing well.

The new chief of staff of the city’s incoming CE office Eric Chan Kwok-ki is seen as a flexible and easygoing person in political circles. He is also likely to continue assisting Lam as head of the CE’s Office after she is sworn in on July 1.

Lam said she was “extremely pleased” to have Chan, or “K.K.” as he sometimes is known, on board.

She said Chan is the best choice for director of the Chief Executive-designate’soffice as he “perfectly” fits her criteria for members of her administration.

“My criteria in forming the team, or in finding candidates to fill important positions in the team, are really people committed to Hong Kong and have the ability and the compassion to serve the people. In these respects, K.K. perfectly fits the bill,” said Lam.

She hopes to keep Chan as the CE’s Office chief after her inauguration.

She also said Chan has considerable experience in public administration and has been serving the public with dedication for many years.

Lam said Chan would help her prepare for the next term of government to ensure a smooth transition and in liaising with the community, including Legislative Council members and local and overseas media.

Chan said Lam had supported the Immigration Department when he was working for the disciplined service. He also said he believed in Lam’s manifesto.

“So when I was offered the job, I agreed immediately, without hesitation,” he said.

Chan believed that under the leadership of Lam, Hong Kong can have a better future.

Chan pledged to talk frankly to all stakeholders of the community in order to keep close communication with all parties.

Chan, aged 58, joined the Immigration Department in 1982 and worked his way to the director of immigration in 2011.

Chan was awarded the Hong Kong Immigration Service Medal for Distinguished Service in 2009 and awarded the Silver Bauhinia Star in 2016.