The legacy of a patriotic businessman 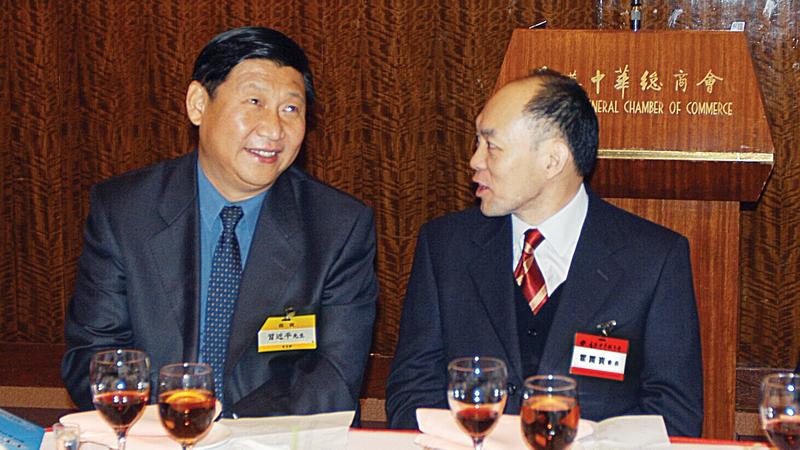 HONG KONG - The late Henry Fok Ying-tung was a pioneer of China's economic reform and opening-up to the outside world that began in 1978 after several decades in the doldrums.

My father had an innovative brain and good insight, doing things that people had never done before and was humble in seeking other people's advice

It was his vision, innovation spirit and entrepreneurship that had set the trend of investment from Hong Kong, as well as from abroad. His various projects have been exemplary with a significant impact on economic development not only in Guangdong province but also, to a certain extent, the whole country.

As well as economic reform, Fok had also devoted strenuous efforts to helping the nation regain membership of various international sporting organizations that are important to the rise of modern China.

At the time of his death in 2006 at the age of 83, Fok was vice-chairman of the National Committee of the Chinese People's Political Consultative Conference - the country's top political advisory body.

China Daily spoke to his second son Ian Fok Chun-wan, who had helped his father's business ventures on the mainland during that time, and is now chief executive officer of the family's Fok Ying Tung Group since graduation in 1973.

Born in Hong Kong in 1923, Henry Fok had a very humble beginning, having lost his father at a tender age. He entered secondary school at Queen's College, but dropped out when Hong Kong fell to Japanese forces during the war.

His mother, together with over a dozen partners, opened a grocery and let him take charge. He started making money from government auctions of obsolete military supplies after the war as he had studied English and could read the gazettes, Ian Fok told China Daily. 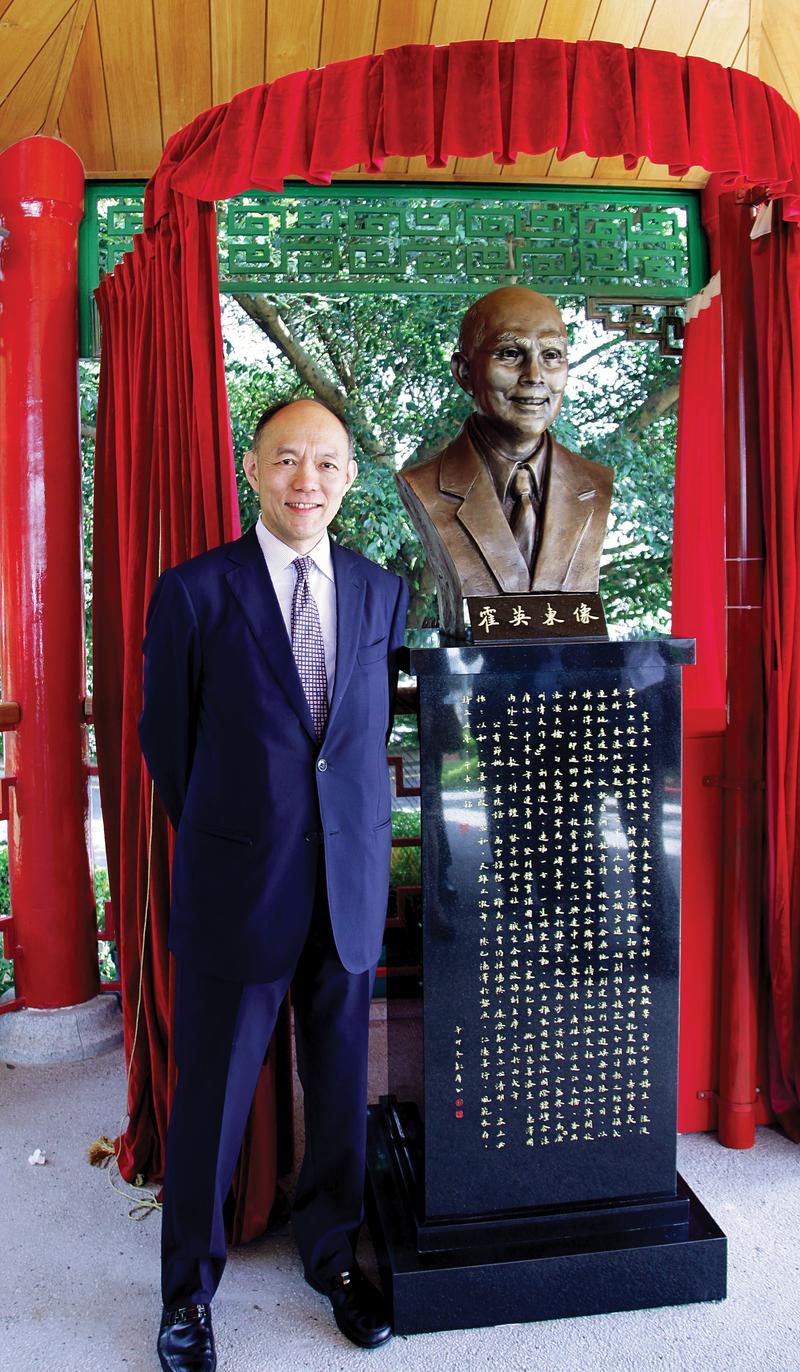 Henry Fok was also involved in the transportation business. During the Korean War in the early 1950s, China was under an embargo by the British Hong Kong government by way of a United Nations resolution. He provided ships to transport essential supplies like medicine and iron sheets to the mainland.

Iron sheets were used in the manufacturing of oil tanks. At that time, China was short of oil, so oil tanks were needed to store imported oil from the then Union of Soviet Socialist Republics, said Ian Fok. That was the time Henry Fok made his first contacts with the mainland.

"My father had an innovative brain and good insight, doing things that people had never done before and was humble in seeking other people's advice," the younger Fok recalled.

"After the liberation of Hong Kong, many people began flooding into Hong Kong. As the population surged, there were not enough homes, and that prompted him to invest in the property sector. In the old days, buildings were sold by way of entire blocks. But, after consulting lawyers, he decided to sell flats one by one even before they were completed in order to solve people's housing needs. That's the system of pre-completed flats we have today." 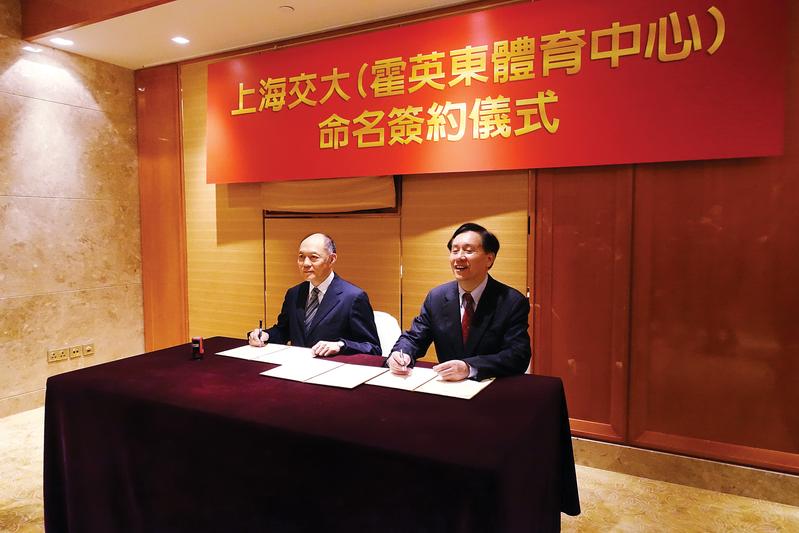 At a signing ceremony in 2016, Ian Fok Chun-wan (left) and Shanghai Jiao Tong University agree to build a stadium named after his father Henry Fok Ying-tung on the campus. (PHOTO PROVIDED TO CHINA DAILY)

Emerging from the woes of the "cultural revolution" (1966-76) and the demise of the "Gang of Four" in October 1976, China launched its landmark reform and opening-up policy to bring in foreign investors, modern technology, equipment and management skills.

Henry Fok always wanted China to be strong and to do something for the country. He seized that opportunity and became the first Hong Kong businessman to invest on the mainland. He decided to build a modern hotel because he thought if China were to open its doors to foreign investors and modernize, comfortable accommodation was essential to make them stay.

Construction of the Zhongshan Hot Spring Resort - the first hotel funded by overseas capital in Zhongshan, in the west of the Pearl River Delta - began in early 1979. At that time, China was still very poor and the government could only afford no more than labor and raw materials, while Fok was responsible for raising capital, supervising building works, hotel management and training staff. A lot of equipment, furniture and hotel supplies were imported.

Aiming to have the hotel completed in a year's time, Henry Fok had a very innovative idea of giving out bonuses to speed up its construction. As a result of their hard work, the hotel began operations as scheduled.

To connect Zhongshan with other parts of Guangdong province since the city was quite remote, he suggested widening roads and building bridges to improve transportation facilities. The provincial government was reluctant, fearing future maintenance costs. He came up with the idea of road tolls and bank loans for the building works. 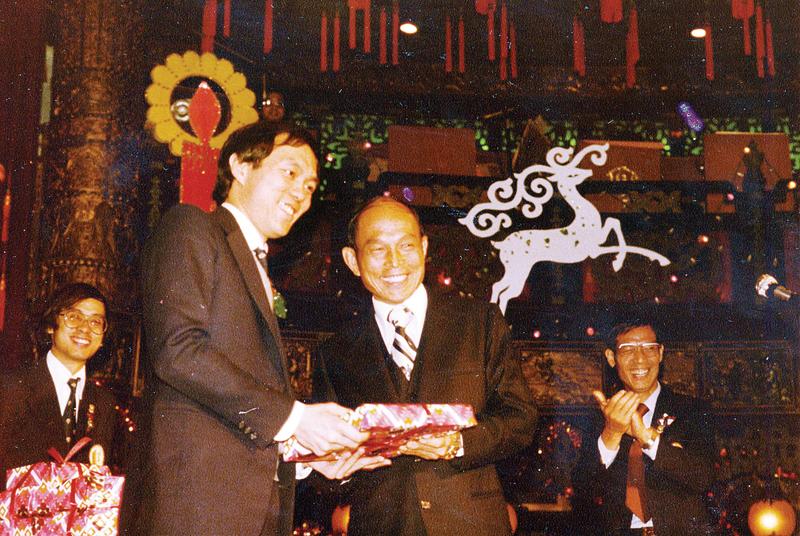 In 1982, Henry Fok spent a further HK$15 million on building a modern golf course which is up to international standards near the resort. According to Ian Fok, the purpose of the golf course was to upgrade the hotel's status and attract more upmarket visitors.

Ian Fok said his father encountered a great deal of resistance and red tape in his endeavors. "Before the resort was completed, many officials and cadres were worried that it would fail, but (then) Chinese leader Deng Xiaoping was determined and told them: 'There's no way back.' Years later, when the luxury White Swan Hotel in Guangzhou opened, some cadres wept, fearing China was walking the path of capitalism."

In another big step forward, Henry Fok proposed in 1978 building a five-star hotel in Guangzhou by the lake side as it had become an increasingly important city liked by foreign businessmen and tourists. It was a joint venture between Fok and the provincial tourism administration, involving a combined investment of HK$200 million.

Henry Fok insisted that the hotel should be designed by Chinese architects and managed by Chinese staff. But, since mainland people lacked the expertise in running five-star hotels, he brought the management team to Hong Kong and let them stay in deluxe five-star hotels to see how they were run. 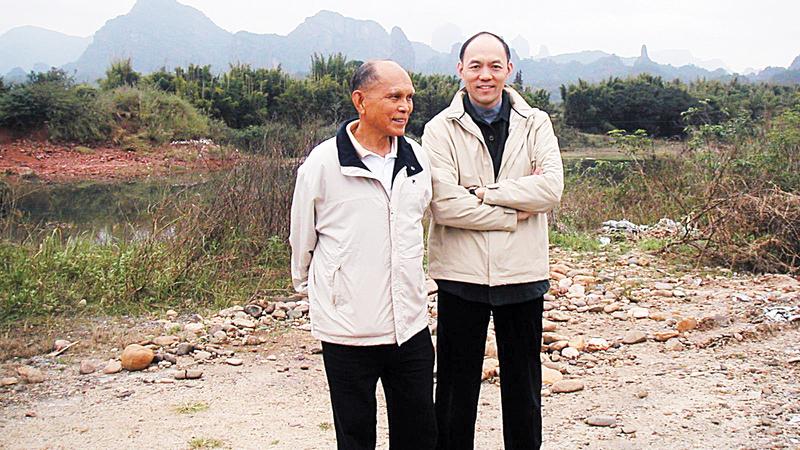 Beginning in 1980, construction of White Swan Hotel took three years before its opening in 1983. Like the Zhongshan Hot Spring Resort, the tycoon insisted that local people and people from outside Guangdong province be allowed to enter the two hotels, take photographs and admire the marvelous developments despite worries about crowd control.

Ian Fok said: "We only managed White Swan Hotel for 15 years before returning it to the provincial authorities. My father's main aim was to contribute to the economic development of Guangdong and the country as a whole, while the money we gained was used to repay bank loans and interests."

Henry Fok, who was very enthusiastic about sports, particularly soccer, had made enormous efforts in bringing China back to the international community and promoting sports development in the country. Before the People's Republic China regained its formal status at the UN, Taiwan had been taking part in international sports events under the "Republic of China" label.

Due to the civil war and Korean War, many countries had sanctioned China in an attempt to bar it from joining international organizations. Henry Fok worked very hard in lobbying international support to break the impasse. It was a very difficult time because since the "Gang of Four" was still politically dominant in the early 1970s, Chinese sports officials were afraid of initiating foreign contacts. 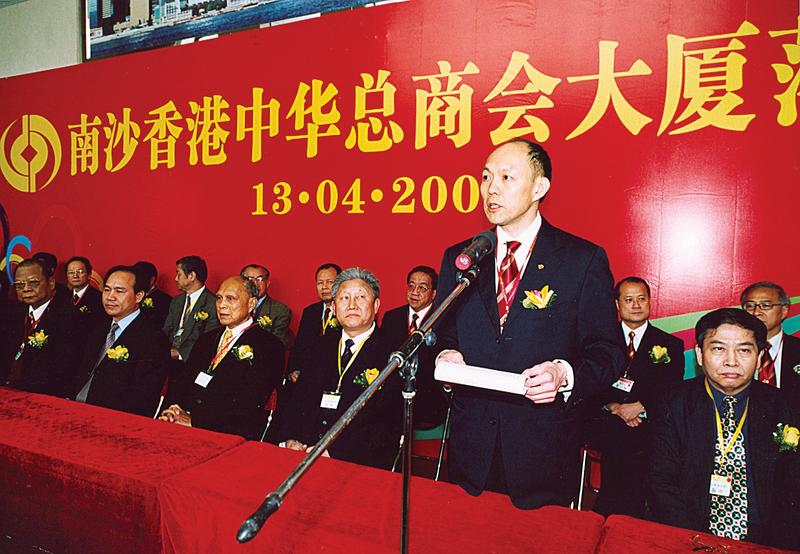 Ian Fok Chun-wan delivers a speech at the opening ceremony of the Hong Kong Chinese General Chamber of Commerce’s building in Nansha, Guangzhou in 2005.(PHOTO PROVIDED TO CHINA DAILY)

In 1974, Henry Fok invited the president and secretary-general of FIFA - the world's soccer governing body - to visit Beijing. But, to his huge embarrassment, no Chinese officials met with them and it was only Henry Fok and his eldest son Timothy who entertained the foreign guests.

In his capacity as president of the Hong Kong Football Association, Henry Fok had worked very hard during those years to regain membership of the Asian Football Confederation and then FIFA membership in 1975. He was most upbeat that, after years of lobbying and hard work, the majority of the International Olympic Committee members approved the return of the Chinese Olympic Committee in 1979 after 30 years in the international wilderness.

Badminton was a popular sport in China and one of the country's strong areas during those years, said Ian Fok. Yet, owing to the International Badminton Federation (IBF) being dominated by Britain, which was anti-China, it refused China's membership application. In 1978, a total of 19 Asian and African countries formed a new organization - the World Badminton Federation in Hong Kong - to break away from the IBF.

Following negotiations, the two organizations signed a merger agreement in May 1981, allowing China to become an IBF member again. The organization was later renamed the Badminton World Federation, and Henry Fok was appointed honorary president in recognition of his huge contributions.