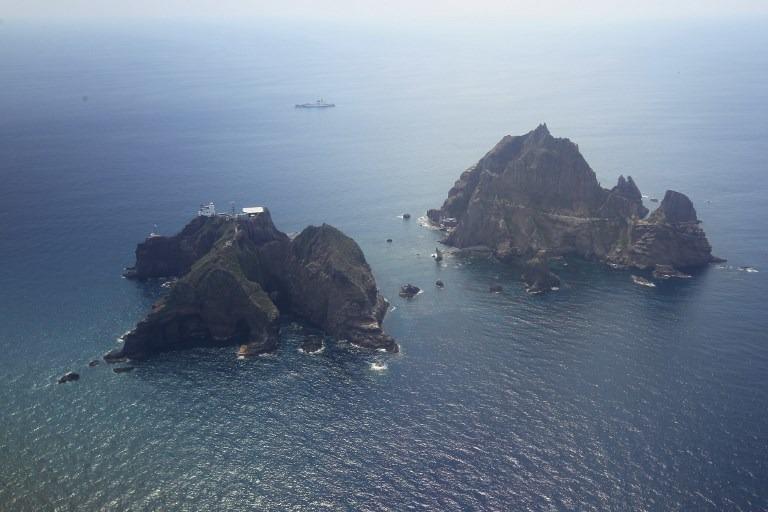 An aerial view of the remote islands disputed with Japan, known as Dokdo in Korea and Takeshima in Japan, in the Sea of Japan (East Sea) on August 10, 2012. (DONG-A ILBO / AFP)

The foreign ministry said in a statement that South Korea strongly denounced Japan's authorization of primary school textbooks laying an unjust territorial claim over the Dokdo islets, which are South Korea's territory historically, geographically and according to international law.

The ministry urged Japan to immediately retract the authorization, saying the textbooks would instill a wrong perception of history into primary school students and negatively affect the bilateral relations.

It said South Korea would sternly deal with any unjust territorial claim by the Japanese government, urging Tokyo to face history squarely.

South Koreans regard the territorial claim to Dokdo as Japans' refusal to repent for its imperialist past as the islets were incorporated into Japan's territory during its 1910-1945 colonization of the Korean Peninsula.

South Korea regained its sovereignty over the islets right after its liberation from the colonial rule.