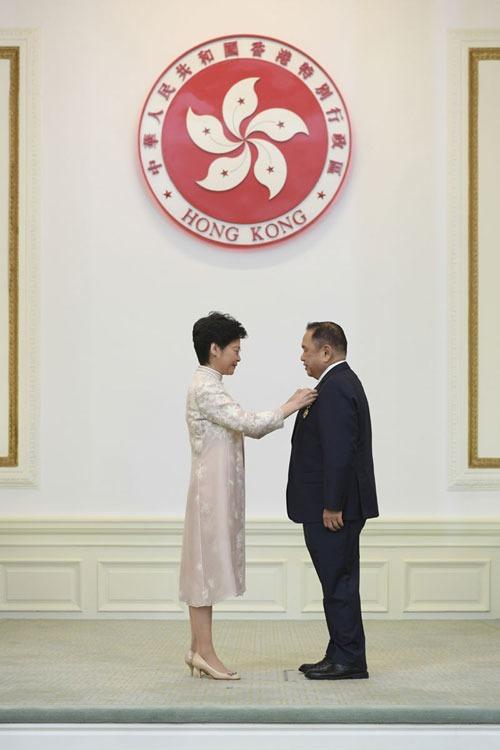 HONG KONG – A Hong Kong government spokesperson has expressed regret over disruptions at the 2019 Honours and Awards Presentation Ceremony held on Saturday.

Hong Kong Chief Executive Carrie Lam Cheng Yuet-ngor presented honors and awards to 329 recipients at the ceremony at Government House, during which Legislative Council member Hui Chi-fung yelled and interrupted the proceedings of the ceremony, according to the spokesperson.

The spokesman said that the annual presentation ceremony was a very solemn event to recognize the contributions of individuals from various sectors to the Hong Kong community and that it is not an occasion for protests.

The spokesman emphasized that the police were given honors and awards in recognition of their significant contributions to Hong Kong and for their dedicated service to the community.

In the past few months, the police have been sparing no efforts in stopping violence and curbing disorders. The government expressed deep regret over Hui's deliberate distortion of the objective of the ceremony and unfounded accusations of the police. 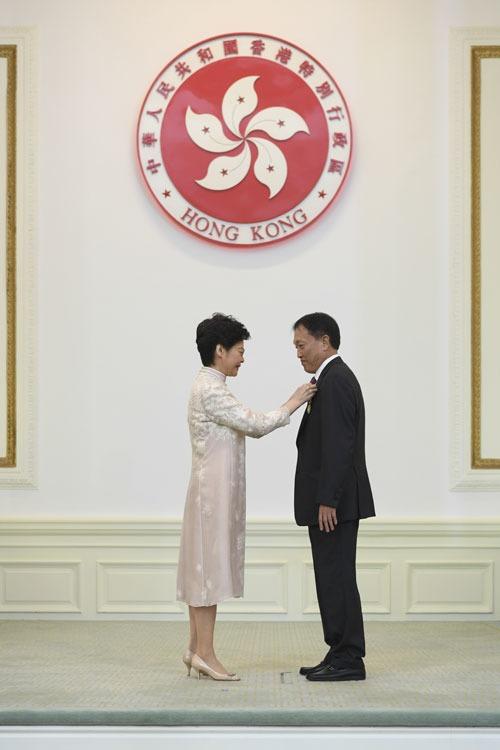 Among the 329 recipients, businessmen Yu Kwok-chun and Hung Chao-hong have received the Grand Bauhinia Medal.

The HKSAR government said Yu has devoted himself to promoting youth development and supporting youth education. He has also taken up important positions in various government advisory bodies and rendered insightful advice, particularly in furthering the development of small and medium-sized enterprises in Hong Kong.