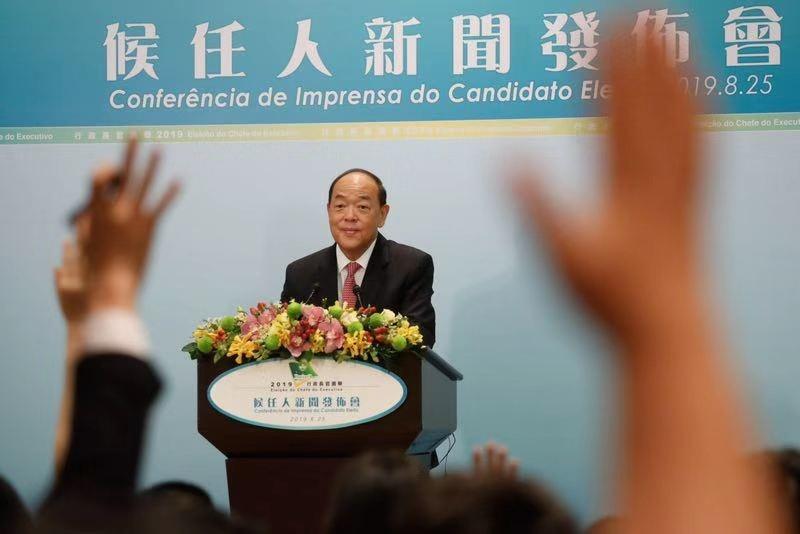 "Mr Ho has been committed to serving Macao and making significant contributions. In addition to his active participation in such areas of social services as education and culture, he has served in a number of important offices since the establishment of the Macao SAR, including as the President of the fifth- and sixth-term of the Legislative Assembly. With Mr Ho's devotion to social services and wealth of experience in public offices, he will certainly lead Macao to scale new heights.

"As the country's SARs, both Hong Kong and Macao enjoy the advantages of "One Country, Two Systems". The two places have close ties and have fostered deep bonds between the people. The opening of the Hong Kong-Zhuhai-Macao Bridge last year has remarkably shortened the distance between the two cities. Playing important roles in the country's reform and opening up, Hong Kong and Macao as core cities in the Guangdong-Hong Kong-Macao Greater Bay Area development can complement each other, contributing to the Bay Area and bringing about better life for the people in the two places. I look forward to working closely with Mr Ho in the future to advance together the development of the two places," Mrs Lam said.