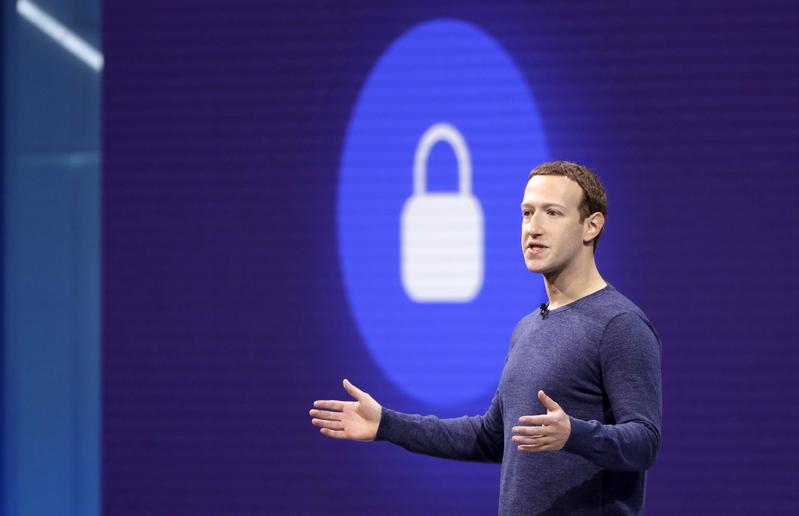 SAN FRANCISCO — Facebook, which grew into a colossus by vacuuming up your information in every possible way and using it to target ads back at you, now says its future lies in privacy-oriented messaging that Facebook itself can't read.

Mark Zuckerberg, co-founder and CEO, announced the shift in a Wednesday blog post apparently intended to blunt both criticism of the company's data handling and potential antitrust action. Going forward, he said, Facebook will emphasize giving people ways to communicate in truly private fashion, with their intimate thoughts and pictures shielded by encryption in ways that Facebook itself can't read.

But Zuckerberg didn't suggest any changes to Facebook's core newsfeed-and-groups-based service, or to Instagram's social network, currently the fastest growing part of the company. Facebook pulls in gargantuan profits by selling ads targeted using the information it amasses on its users and others they know.

"All indications are that Facebook and Instagram will continue growing and be increasingly important," Zuckerberg said in an interview Wednesday with The Associated Press.

Facebook's new orientation follows a rocky two-year battering over revelations about its leaky privacy controls. That included the sharing of personal information from as many as 87 million users with a political data-mining firm that worked for the 2016 Trump campaign.

Since the 2016 election, Facebook has also taken flak for the way Russian agents used its service to target US voters with divisive messages and being a conduit for political misinformation. Zuckerberg faced two days of congressional interrogation over these and other subjects last April; he acknowledged and apologized for Facebook's privacy breakdowns in the past.

Since then, Facebook has suffered other privacy lapses that have amplified the calls for regulations that would hold companies more accountable when they improperly expose their users' information.

As part of his effort to make amends, Zuckerberg plans to stitch together its Messenger, WhatsApp and Instagram messaging services so users will be able to contact each other across all of the apps.

The multiyear plan calls for all of these apps to be encrypted so no one but senders and recipients can see the contents of messages. WhatsApp already has that security feature, but Facebook's other messaging apps don't.

Zuckerberg likened it to being able to be in a living room behind a closed front door, and not having to worry about anyone eavesdropping. Meanwhile, Facebook and the Instagram photo app would still operate more like a town square where people can openly share whatever they want.

While Zuckerberg positions the messaging integration as a privacy move, Facebook also sees commercial opportunity in the shift. "If you think about your life, you probably spend more time communicating privately than publicly," he told the AP. "The overall opportunity here is a lot larger than what we have built in terms of Facebook and Instagram."

Critics have raised another possible motive — the threat of antitrust crackdowns. Integration could make it much more difficult, if not impossible, to later separate out and spin off Instagram and WhatsApp as separate companies.

"I see that as the goal of this entire thing," said Blake Reid, a University of Colorado law professor who specializes in technology and policy. He said Facebook could tell antitrust authorities that WhatsApp, Instagram and Facebook Messenger are tied so tightly together that it couldn't unwind them.

Combining the three services also lets Facebook build more complete data profiles on all of its users. Already, businesses can already target Facebook and Instagram users with the same ad campaign, and ads are likely coming to WhatsApp eventually.

And users are more likely to stay within Facebook's properties if they can easily message their friends across different services, rather than having to switch between Messenger, WhatsApp and Instagram. That could help Facebook compete with messaging services from Apple, Google and others.

As part of the process, Zuckerberg said Facebook will meet with privacy experts, law enforcement officials concerned about the new encryption making it impossible to uncover illegal activity being discussed on the messaging service and government officials.

Creating more ways for Facebook's more than 2 billion users to keep things private could undermine the company's business model, which depends on the ability to learn about the things people like and then sell ads tied to those interests.

In his interview with the AP, Zuckerberg said he isn't currently worried about denting Facebook's profits with the increased emphasis on privacy.

"How this affects the business down the line, we'll see," Zuckerberg said. "But if we do a good job in serving the need that people have, then there will certainly be an opportunity" to make even more money.