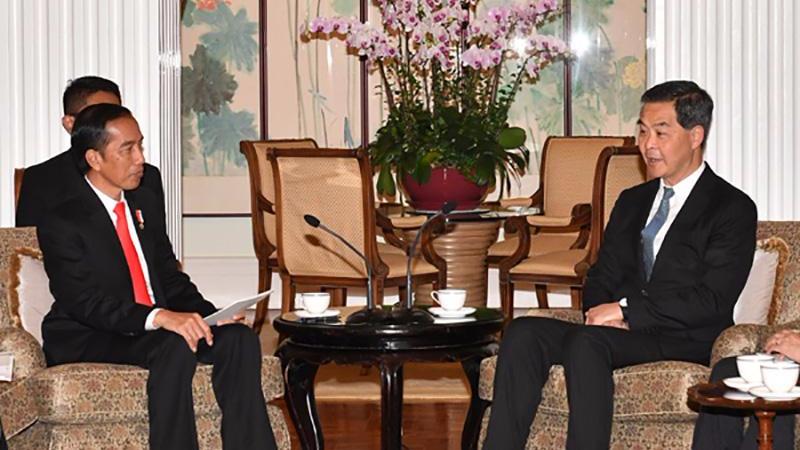 The two sides signed a Memorandum of Understanding (MoU) on cultural cooperation and issued a joint statement on labor cooperation, which underlines both sides' commitment to protect Indonesian domestic helpers working in Hong Kong.

The MoU reflects the joint efforts of Hong Kong and Indonesia in strengthening cultural cooperation and provides a framework for promoting collaborative initiatives and exchanges in the fields of arts and culture, said the secretariat press office of Hong Kong's Home Affairs Department.

Such cooperation will contribute to the furtherance of closer cultural ties and better understanding between the two sides, the department said.

HKSAR Chief Executive Leung Chun-ying, who attended the signing ceremony with visiting Indonesian President Joko Widodo, expressed hope at their meeting that the two sides would continue to maintain exchanges and build stronger ties on all fronts.

Highlighting that the Belt and Road Initiative would bring about enormous development potentials for Hong Kong and countries of the Association of Southeast Asian Nations (ASEAN) such as Indonesia, Leung said Hong Kong would further enhance economic and trade relations with Indonesia and other major trading partners along the Silk Road Economic Belt and the 21st Century Maritime Silk Road.

Leung also thanked the Indonesian government for its support in assisting the establishment of the Hong Kong Economic and Trade Office in Jakarta.