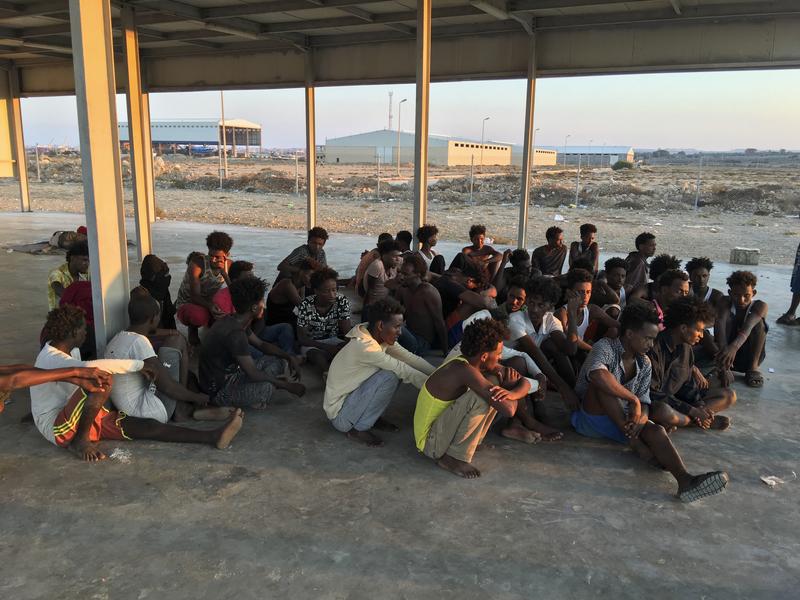 CAIRO — Up to 150 Europe-bound migrants, including women and children, were missing and feared drowned on Thursday after the boats they were traveling in capsized in the Mediterranean Sea off Libya, the country's coast guard and the UN refugee agency said.

A top UN official described the shipwreck as "the worst Mediterranean tragedy" so far this year.

The International Rescue Committee said the tragedy was a stark reminder of the humanitarian crisis emerging out of Libya and of the urgent need for search and rescue missions to be resumed in the Mediterranean.

Ayoub Gassim, a spokesman for Libya's coast guard, told The Associated Press that two boats carrying around 300 migrants capsized around 120 kilometers east of the capital, Tripoli.

Around 137 migrants were rescued and returned to Libya, he said, and the coast guard has recovered just one body so far.

Charlie Yaxley, a spokesman for the UN refugee agency, said 147 had been saved.

"We estimate that 150 migrants are potentially missing and died at sea," he said. "The dead include women and children."

Yaxley added that so far this year, one person has died on the route from Libya to Europe for every six people that reached Europe shores.

In January, some 117 died or went missing off Libya's coast and around 65 people drowned after their boat sank off the coast of Tunisia in May.

Grandi called on European nations to resume rescue missions in the Mediterranean, halted after an EU decision, and appealed for an end to migrant detentions in Libya.

He said safe pathways out of the North African country are needed "before it is too late for many more desperate people."

Asked about the latest boat sinking and deaths, UN deputy spokesman Farhan Haq expressed the world body's concerns. "We've made clear the need for all the countries in the region to work to ensure first and foremost that the lives of those people who have placed themselves in such great risk are protected," he said.

After the uprising that toppled and killed longtime dictator Moammar Gadhafi in 2011, Libya became a major conduit for African migrants and refugees seeking a better life in Europe. 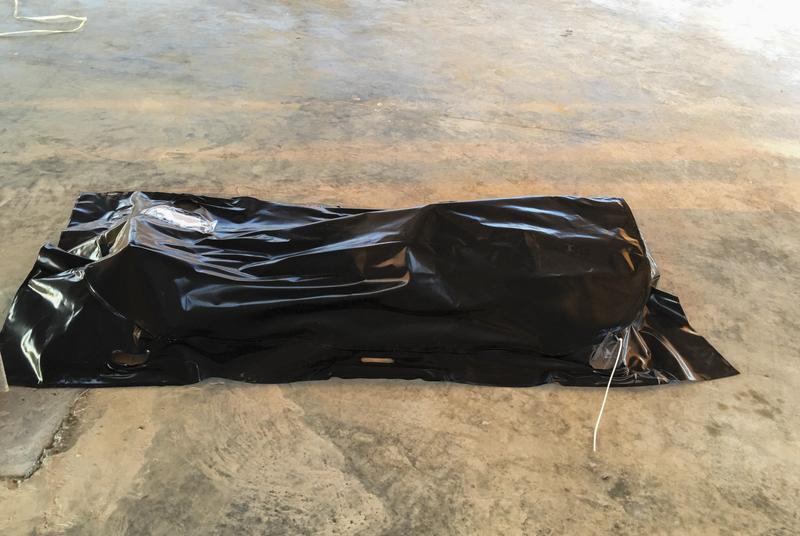 Traffickers and armed groups have exploited Libya's chaos since his overthrow, and have been implicated in widespread abuses of migrants, including torture and abduction for ransom.

Thomas Garofalo, director for Libya at the International Rescue Committee, which responds to global humanitarian crises, said migrants "intercepted at sea must not be returned to Libya."

Earlier this week, the Libyan coast guard intercepted around three dozen migrants off the coast and took them to a detention center near Tripoli where an airstrike killed more than 50 people earlier this month.

Over 200 detainees are still being held at the Tajoura detention center, near the front lines of fighting between rival Libyan factions. The UN has voiced concern for their safety.

In recent years the European Union has partnered with the coast guard and other Libyan forces to prevent migrants from making the dangerous journey by sea to Europe. Rights groups say those efforts have left migrants at the mercy of brutal armed groups or confined in squalid detention centers that lack adequate food and water.

At least 2,500 migrants are detained in centers in and around Tripoli, where forces loyal to commander Khalifa Hifter have been battling an array of militias loosely aligned with a UN-recognized government since April in an attempt to seize the capital. The Libyan government has blamed the Tajoura airstrike on the detention center on Hifter's forces, which denied responsibility and accused government-linked militias of storing weapons at the facility.

READ MORE: Ship with 54 migrants being barred from docking in Italy

The UN refugee agency says 164 migrants have died traveling from Libya to Europe since the start of the year, fewer than in previous years. But the UN says the journey is becoming more dangerous for those who attempt it, with one out of four perishing at sea before reaching Europe.

The UN's death toll did not include those reported missing at sea Thursday.