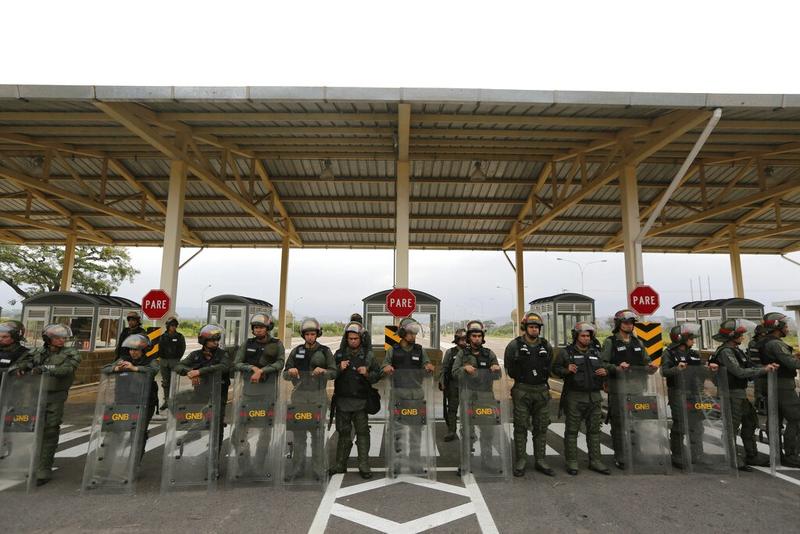 UNITED NATIONS/SAN JOSE/WASHINGTON — Venezuela's UN Mission is inviting ambassadors of 46 countries to an informal meeting Friday with Foreign Minister Jorge Arreaza to underline the UN Charter's commitment to noninterference in a nation's internal affairs and oppose "threats of military aggression."

The development came as the country’s opposition leader and self-proclaimed interim president Juan Guaido said he spoke to Switzerland's president to try to freeze banks accounts belonging to the tumultuous South American nation after "irregular movements" were discovered.

Guiado's designated ambassador to Costa Rica took control of Venezuela's embassy in the country, triggering criticism from the Costa Rican government for not waiting

The Venezuelan UN Mission’s invitation, obtained Wednesday by The Associated Press, includes a proposed letter to UN Secretary-General Antonio Guterres expressing "serious concerns" at what it says are "threats to use force" against Venezuela in violation of the UN Charter.

READ MORE: US confirms its envoy has met with Venezuelan officials

Venezuela's Mission asked the 46 countries to consider signing the letter.

It also supports calls for Venezuela's political crisis to be settled "through peaceful means" and "a genuine and inclusive process of national dialogue."

The draft expresses confidence that Guterres can promote a political solution among Venezuelans and stop "all calls for a military solution."

Guaido invoked a constitutional provision to claim the presidency three weeks ago, arguing that Nicolas Maduro's reelection last year was a sham. Since then, Guaido has been trying to control Venezuelan assets overseas.

In an interview with Mexican network Televisa, Guaido said he had spoken with the Swiss president earlier on Wednesday. He did not mention President Ueli Maurer by name and a Swiss foreign ministry spokesman denied the two men had spoken.

Guaido said the Venezuelan government held bank accounts in Switzerland and that irregular efforts to migrate part of those accounts to "another site" had been detected. "We are doing everything possible to protect these assets that belong to the republic," he said. 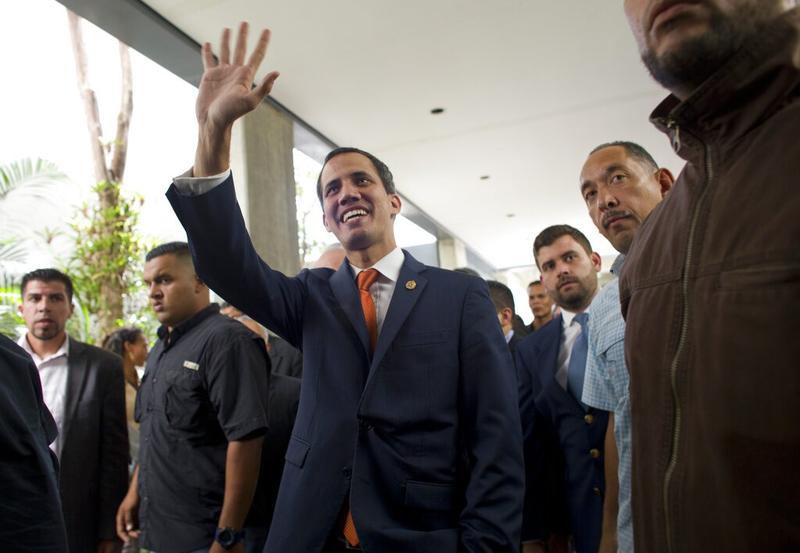 Most Western countries, including the United States, have recognized Guaido as Venezuela's legitimate head of state, but Maduro retains the backing of Russia and China as well as control of state institutions including the military. He says Guaido is leading a US-directed coup against him.

On Wednesday, Maria Faria, Guiado's designated ambassador to Costa Rica took control of Venezuela's embassy in the country, triggering criticism from the Costa Rican government for not waiting.

Despite recognizing Faria as Venezuela's legitimate ambassador, the Costa Rican foreign ministry criticized her for taking possession of the embassy before the deadline, saying it would send a diplomatic note.

"For the government of Costa Rica, such a procedure is unacceptable because it damages basic diplomatic norms of respect and trust in relations in the international community, and above all, in international law," the foreign ministry said in a statement.

Venezuela's deputy UN military attache, Colonel Pedro Chirinos, further increased pressure on President Nicolas Maduro when he said in a video on social media that he recognized Guaido as the country's interim president.

US President Donald Trump's national security adviser, John Bolton, highlighted Chirinos' announcement in a note posted on Twitter on Wednesday but misidentified him as the military attache to the UN.

"Venezuela's military attache to the United Nations, Colonel Pedro Chirinos, has announced his official recognition of Juan Guaido as Interim President of Venezuela," Bolton said in his note.

UN spokesman Stephane Dujarric said he was not aware of any notifications from the Venezuelan UN mission on changes to its delegation.

In a video shared by Bolton on Twitter, Chirinos identified himself and called Maduro's government "illegally constituted," while dressed in a military uniform and standing in front of the flags of Venezuela and the UN.