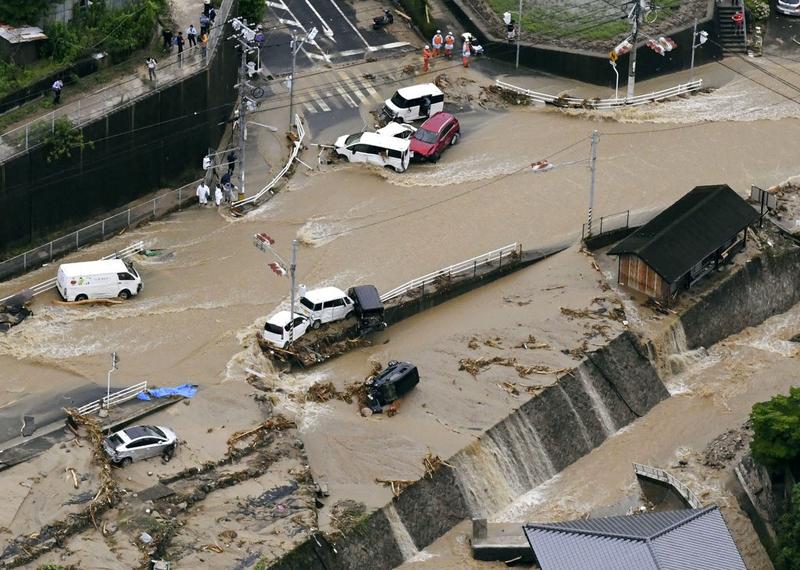 In this July 7, 2018, file photo, roads are covered in mud waters after a landslide caused by heavy rains in Aki, Hiroshima prefecture, southwestern Japan. (KYODO NEWS VIA AP)

TOKYO — Floods, typhoons, earthquakes and a record-shattering heat wave. The summer of 2018 has been an unusually destructive and deadly one in Japan, even for a country prone to natural disasters: 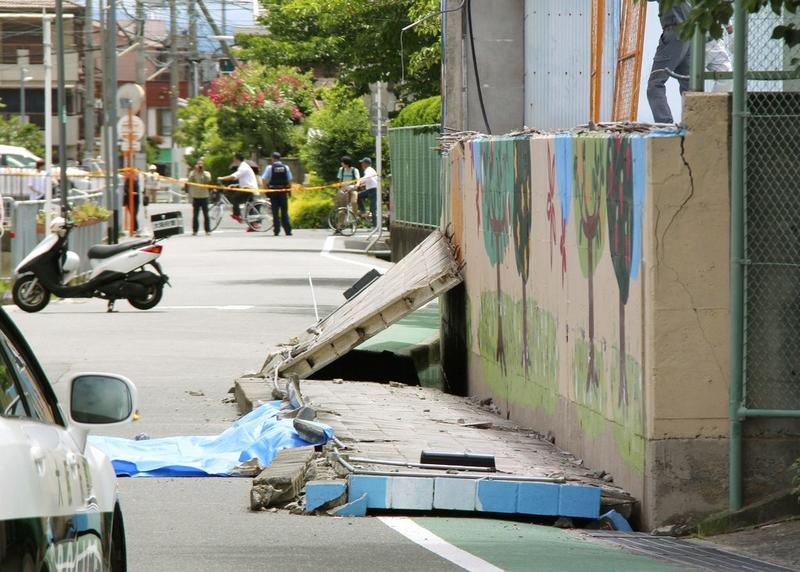 In this June 18, 2018, file photo, a wall lies on a road after it fell down following an earthquake near an elementary school in Takatsuki, Osaka prefecture, western Japan. (SHUICHIRO SUGIYAMA / KYODO NEWS VIA AP)

A magnitude 6.1 earthquake struck during the morning rush hour in the city of Osaka, killing five people and injuring more than 400 others. Two of the victims were hit by falling cinder-block walls, including a 9-year-old girl outside her school, sparking an inspection and tearing down of many of the aging structures.

Unusually heavy rain in western Japan claimed 221 lives as landslides buried homes and rivers broke through embankments. Floodwaters reached the top of the first story of buildings. The cities of Hiroshima and Kurashiki and nearby areas were hardest hit. Weeks later, more than 1,500 people are still living in shelters.

ALSO READ: Japan races to find survivors of floods that killed over 100 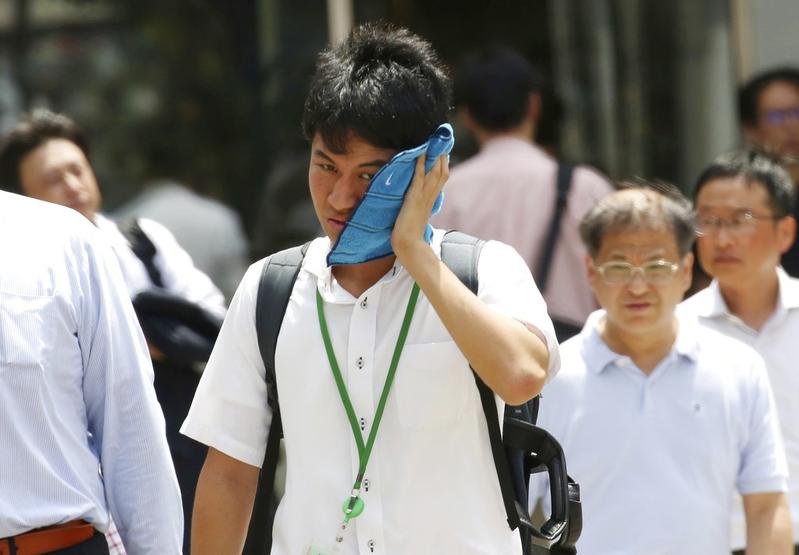 In this July 23, 2018, file photo, a man wipes the sweat from his face in the scorching heat at a business district in Tokyo. (KOJI SASAHARA / AP)

A prolonged heat wave was blamed for at least 116 deaths, as two high pressure systems trapped warm and humid air above the region. The temperature reached 41.1 degrees Celsius on July 23 in Kumagaya, about 65 kilometers northwest of Tokyo, the highest recorded anywhere in Japan in recent history. 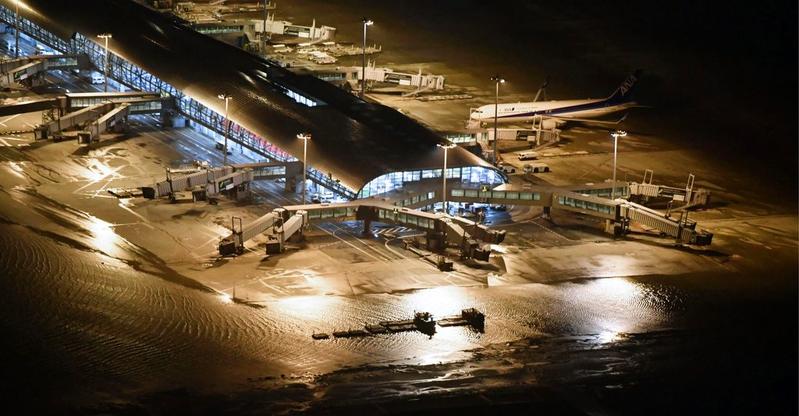 In this Sept 4, 2018, file photo, Kansai International Airport is partially flooded by Typhoon Jebi in Osaka, western Japan. The strongest typhoon to hit Japan in 25 years ripped off building roofs, tossed cars onto their sides and flooded one of Japan’s busiest airports, forcing it to close for at least three days. (NOBUKI ITO / KYODO NEWS VIA AP)

The strongest typhoon to hit Japan in 25 years ripped off building roofs, tossed cars onto their sides and flooded one of Japan's busiest airports, forcing it to close for at least three days. Eleven people died. The bridge connecting the offshore airport to the mainland was severely damaged when the storm drove a tanker ship sideways into it. 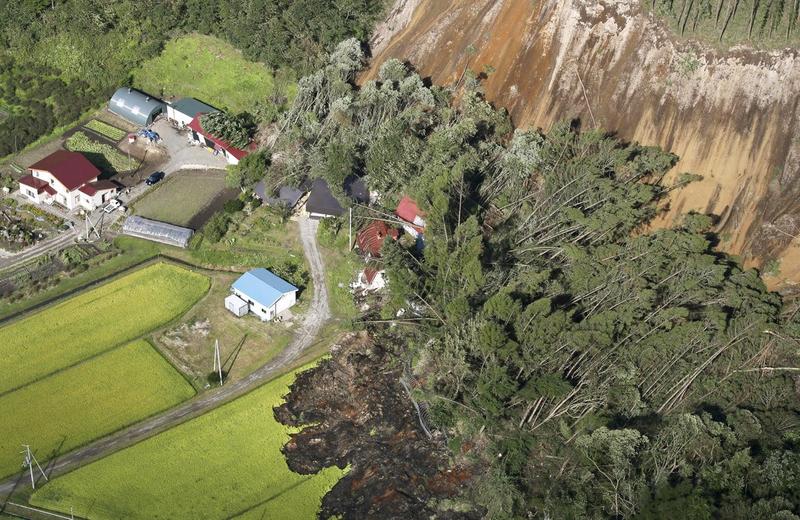 A magnitude 6.7 earthquake struck around 3 am on Hokkaido, leaving deep gashes in roads, triggering landslides and knocking out power and train service across Japan's northernmost main island. As of late afternoon, seven people had been confirmed dead, with the search continuing for the missing.