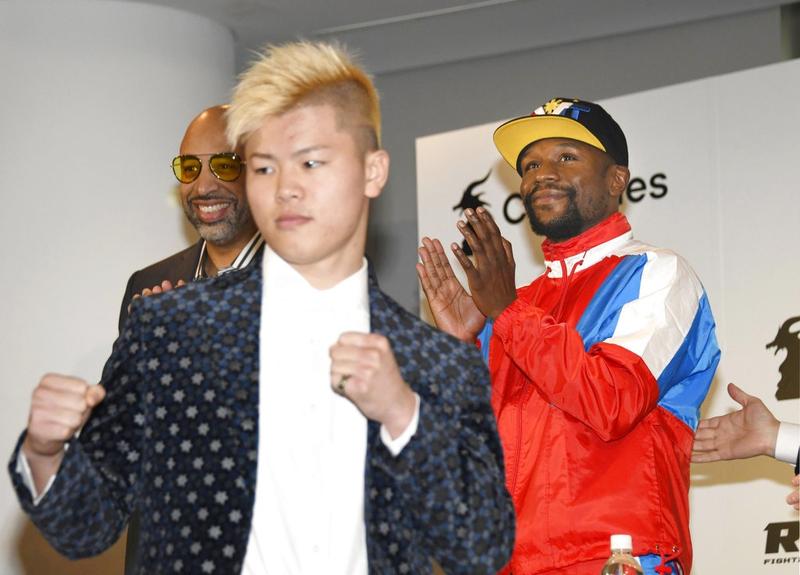 Mayweather is 50-0 in his boxing career but has never fought professionally under MMA rules. Although he did have a lucrative win over MMA fighter Conor McGregor last year.

ALSO READ: On again? Mayweather says he and Pacquiao will fight

Japanese promoter the RIZIN Fighting Federation on Monday said rules and the weight class for the bout have not been set.

"We still have some work to do," said Nobuyuki Sakakibara, the RIZIN chairman.

The 20-year-old Nasukawa, speaking at a news conference alongside Mayweather, called it "probably the biggest even of my life so far."

He also vowed to end Mayweather's long string of victories.

"Nobody has defeated my opponent in the past, and I would like to be the man who makes history," Nasukawa said, speaking through an interpreter. "My punch can change history. And I will show that to you. So please stay tuned."

Mayweather sat calmly and then praised his young opponent.

"I think he's young, very strong and very fast and he undefeated so it's obvious he's doing something right.