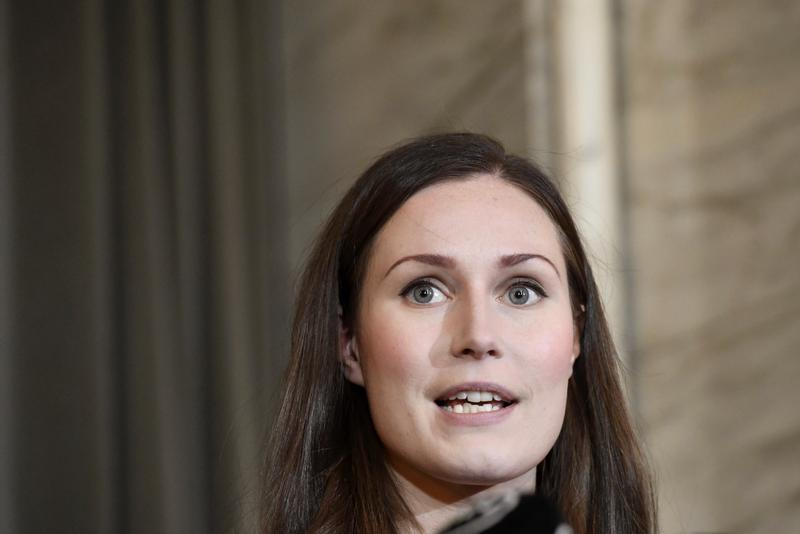 Social democrats minister Sanna Marin speaks to the media after she was elected as Prime Minister of Finland, in Helsinki, Finland, Dec 10, 2019. (HEIKKI SAUKKOMAA / LEHTIKUVA VIA AP)

HELSINKI/WELLINGTON — Finland became the country with the world's youngest sitting head of government Tuesday when the Nordic country's parliament chose a 34-year-old woman who is a prolific user of social media and a keen advocate for environmental issues as prime minister.

As I've said, I represent the younger generation. I think that I'm an individual and a real person also even though I'm the prime minister. So I won't change the way I behave. But off course I will be careful of what I say (in social media postings).

Lawmakers in the 200-seat Eduskunta voted 99-70 to make Sanna Marin, a Social Democrat who served as transport and communications minister in the outgoing administration, the leader of a five-party, center-left coalition government.

The four other parties in the coalition are led by women — three of whom also are in their early 30s. Marin, the No 2 official in the Social Democratic Party, succeeds Antti Rinne as prime minister.

Rinne, 57, stepped down a week ago after a key coalition partner, the Center Party, withdrew its support, citing lack of trust.

Marin is the third woman picked to become Finland's prime minister. The first, Anneli Jaatteenmaki, served for part of 2003. The second, Mari Kiviniemi, governed for a yearlong period between 2010 and 2011.

Seen as a liberal advocate for climate and environment issues, Marin was raised in a "rainbow family" headed by two women.

She has told Finnish media about growing up in what she described as modest circumstances, past struggles to identify her way in life, and the fulfillment she found in politics. 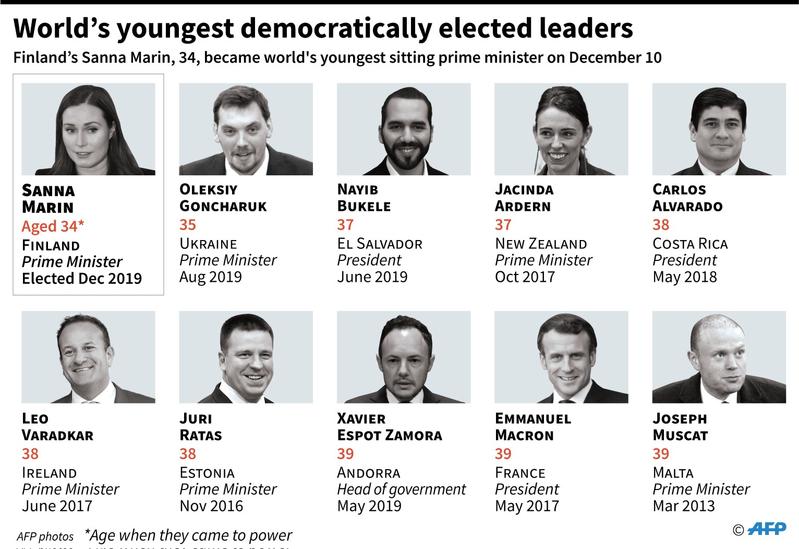 “Oh, look, she needs no advice. This is ultimately one of those issues when people assume of course because you are young that you are not bringing experience and expertise to the table necessarily,” Ardern told Reuters in an interview on Wednesday when asked if she has any advice for Marin.

Ardern’s message, however, was in contrast to some worldly wisdom offered by Malaysian Prime Minister Mahathir Mohamad, who at 94 is the oldest leader of a country.

Mahathir said on Tuesday that it would be a good idea for Marin to ask “old people” for their advice.

“While we believe in the idealism of young people, it is important also for them to consider the experience of the old people,” Mahathir said.

Setting her clearly apart from the older cadre of Finnish politicians, Marin is a prolific user of social media, particularly Instagram.

She has posted candid photos of her private life and family that includes a live-in partner, Markus Raikkonen, and their nearly two-year-old daughter. Among others, she has shared pictures of her pregnancy and of breast-feeding her daughter.

When questioned by The Associated Press during her first press conference, Marin gave a reply in English on her personal social media policies and vowed not to change her ways.

"As I've said, I represent the younger generation," Marin told reporters in Helsinki. "I think that I'm an individual and a real person also even though I'm the prime minister. So I won't change the way I behave. But off course I will be careful of what I say" in social media postings.

After the vote in favor of her appointment, Marin reacted with a faint smile. President Sauli Niinisto later greeted her and her Cabinet, which has women holding 12 of the 19 ministry positions.

The timing means she will be able to represent Finland at the European Union summit in Brussels later this week. Finland currently holds the bloc's rotating presidency until the end of the year. 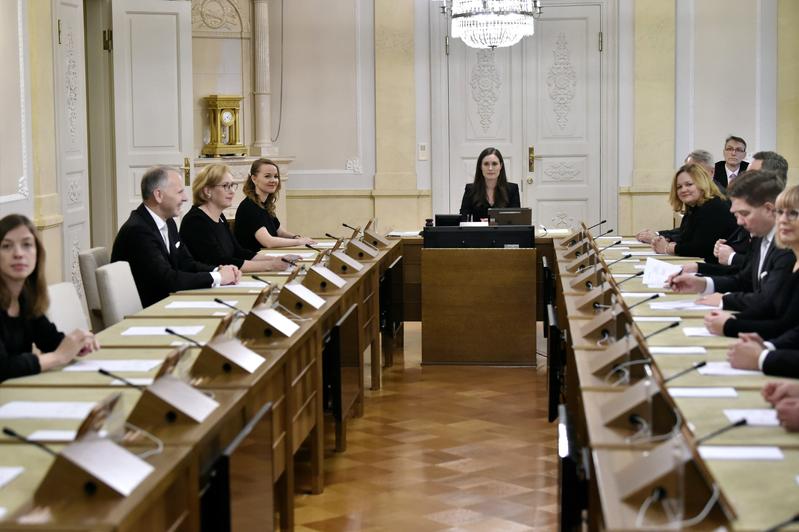 Marin became the youngest leader of a government in the world, beating out Ukraine's 35-year-old prime minister, Oleksiy Honcharuk.

But she might not hold the title for long. Sebastian Kurz, 33, the former Austrian chancellor who rose to that position at age 31, is in talks to form a new coalition that would put him back in the job.

Marin's rise to the top level of Finnish politics was rapid. When she was 27, she took over as city council leader in her hometown of Tampere, an industrial and university town in southern Finland.

She became a national lawmaker in 2015.

Beside Marin, the coalition's other party leaders are 32-year-old Katri Kulmuni of the Center Party; the Left Alliance's Li Andersson, 32; Maria Ohisalo, the 34-year-old leader of the Greens; and the head of the Swedish People’s Party, Anna-Maja Henriksson, who at 55 is the oldest.

"Much more important than what is our age and what gender we represent is naturally what kind of politics we're doing together," education minister Andersson told reporters at Tuesday's press conference when asked about the relevance of young females at the helm of Finnish politics.