Politics should have no place in schools 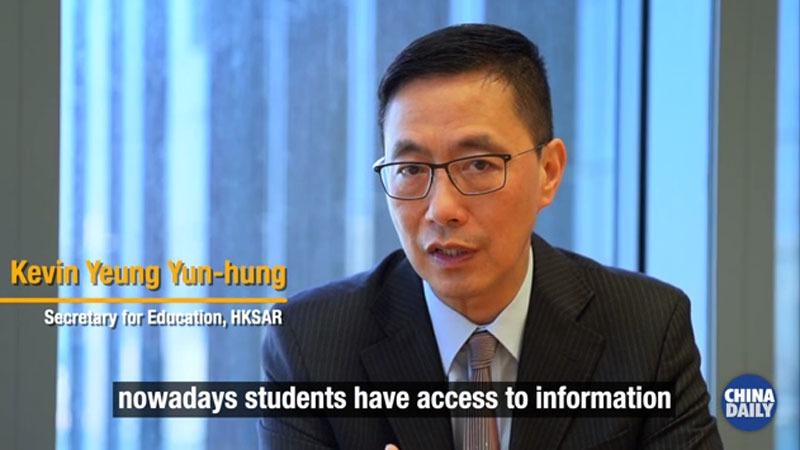 “Schools are places for teaching and not for politics. The school environments should be safe, serene and peaceful,” the education chief told China Daily in an exclusive interview.

Political activities are not suitable in schools because this will cause conflict, disputes, and even isolation of students who are unwilling to join in

“Teachers are very keen on joining protest activities like people from other backgrounds. Teachers receive greater media attention because they can influence students easily through their profession,’’ Yeung explained.

“Protests against the extradition bill began last June. But when schools reopened in September, the students were rather restless. So schools took appropriate measures to let the students vent their emotions through counseling and instilling the correct values in them instead of simply telling them what cannot be done. We must allow time for schools to do this,’’ he added.

“Political activities are not suitable in schools because this will cause conflict, disputes, and even isolation of students who are unwilling to join in. Human chains are also inappropriate. Even though students form chains outside their schools, they cause disturbances to residents and obstruct traffic.

He recalled an incident when an angry resident attacked students. It was also doubtful if all the participants were genuine students because many of them were masked and did not wear school uniforms.

Yeung said many schools asked teachers to keep an eye on human chains, but this didn’t mean schools supported such activities.

The education secretary believes all stakeholders including schools and parents have a shared responsibility in the growth and development of students. In the past, students had simpler lives. Today, they receive information from social media and the internet from all over the world. But the influence of schools and families on the students is diminishing. 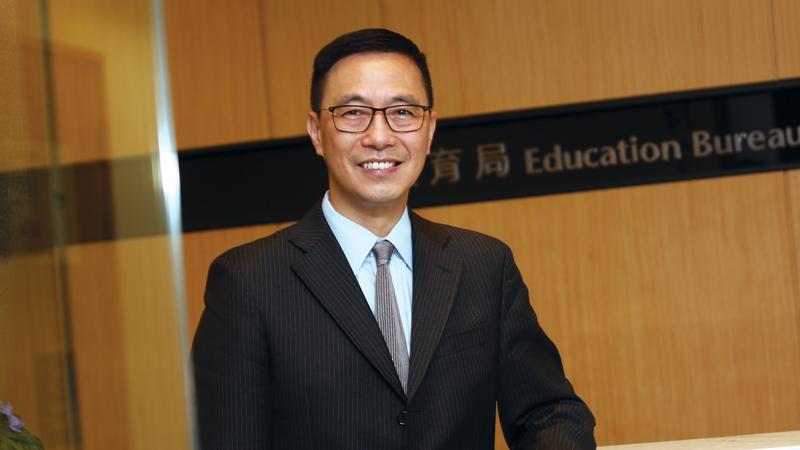 Secretary for Education Kevin Yeung Yun-hung walks China Daily through a variety of issues that have caught the public eye after critics laid part of the blame of the ongoing social unrest on deficiencies in the city’s education system. (PARKER ZHENG / CHINA DAILY)

Yeung cited recent examples of bad behavior involving students. “Some students were caught blocking the MTR train doors and jumping over the turnstiles. They were given demerits by their schools. Some people, however, condoned their misconduct. What message were these people sending to the community? Some protesters organized rallies in shopping malls and instigated the students to sing songs with bad language. This was totally unacceptable,” he emphasized.

As social tensions have eased, the Education Bureau has advised schools to refamiliarize students with ideas such as moral education, national identity and the rule of law. “The bureau has developed teaching resources in the form of daily life stories to instill the correct values in them,” he said.

Yeung also noted that topics in a recent debate contest had been highly inappropriate and the Education Bureau has expressed its disapproval of them.

“Such topics as Hong Kong independence are out of the question. The discussion on a teacher dating a student is also not appropriate. We have already expressed our views on this debating competition and have learnt some schools have pulled out of it,” he added.