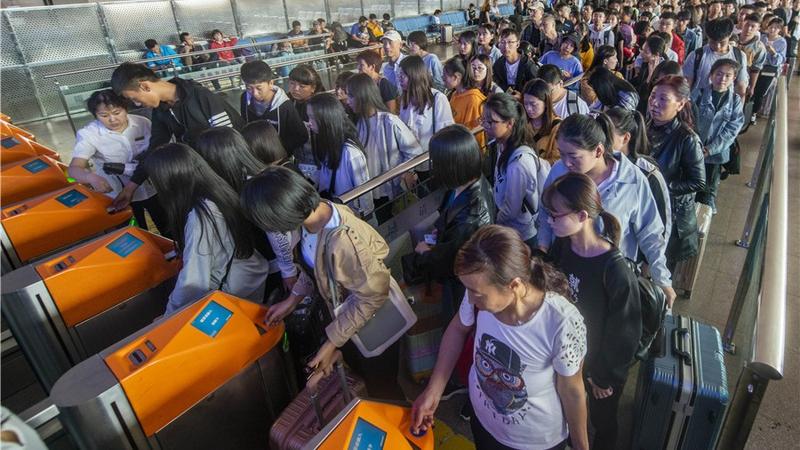 Weather in most parts of China during the Oct 1-7 National Day holiday will generally be good and suitable for outdoor activities, the National Meteorological Center said on Sunday.

However, on Tuesday, Typhoon Mitag will either pass by or land on the northern and central coasts of Zhejiang province.

Through Thursday, the East China Sea, central and southern parts of the Yellow Sea and the east coast of China will be affected by winds between 61-86 kilometers per hour.

From Thursday to Friday, eastern areas including Anhui and Jiangsu provinces are likely to experience heavy fog with visibility of less than 200 meters. The center added that motorists should take precautions when driving in those areas.

From Thursday to Saturday, rain and cold weather will hit Hunan and Hubei provinces, with temperatures expected to drop by 6-10 degrees C. In some areas in the north, including the Inner Mongolia autonomous region and Heilongjiang and Jilin provinces, temperatures could fall by as much as 12 C.

Atmospheric diffusion in North China is currently poor. From Tuesday to Thursday, visibility in the area will decrease, but diffusion conditions will gradually improve starting on Thursday evening.

There will be light to moderate rainfall on the weekend－with the possibility of heavier falls－in areas along the Huaihe and Hanjiang rivers. Southwestern and northwestern regions might experience moderate rainfall during the week, accompanied by short-term but strong convective weather.

Meanwhile, southern China will see temperatures of 30-34 C through Saturday,

The center said that during the peak period for holiday travel, tourists will need to arrange their plans reasonably and be alert for potential disasters such as landslides and mudslides.

The nation's railways will accommodate tens of millions of passengers over the holiday period as people return to their hometowns or visit tourist attractions.

A total of 142 million train trips are expected to be made from Sept 28 to Oct 7, an increase of 8.8 percent year-on-year, data from China State Railway Group showed.

Trains throughout the country were expected to carry 9.55 million passengers on Sept 28, the first day of the National Day holiday travel rush, up 5.5 percent from last year.

The peak of the train rush is expected to be reached on Tuesday, with 17.5 million passenger trips, 1.25 million more than last year's peak.