Samoa's tattooed rugby players to cover up at times in Japan 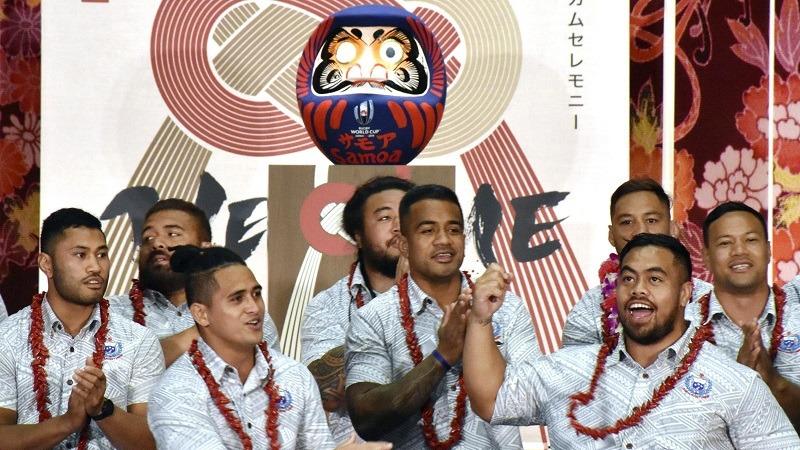 In this Sept 16, 2019, file photo, Samoa's rugby team players perform during a welcome ceremony for their team in Yamagata, northern Japan, ahead of the Rugby World Cup in Japan. (KYODO NEWS VIA AP, FILE)

YAMAGATA, Japan - Samoan rugby players will wear skin suits to cover their traditional tattoos during some training sessions at the World Cup in order not to offend their Japanese hosts.

Samoa captain Jack Lam said team officials consulted an expert on Japanese culture to make sure tattooed players avoided any cultural issues. Tattoos are often associated with organized crime in Japan, and people with tattoos are often banned at some bath houses and swimming pools.

"We had someone coming in and giving us a heads-up about what we could expect in Japan," Lam said. "There's a lot of similarities in our cultures but when it comes to the tattoos ... it's quite normal in our culture."

"But we are respectful and mindful to what the Japanese way is. We will be making sure that what we are showing will be OK." 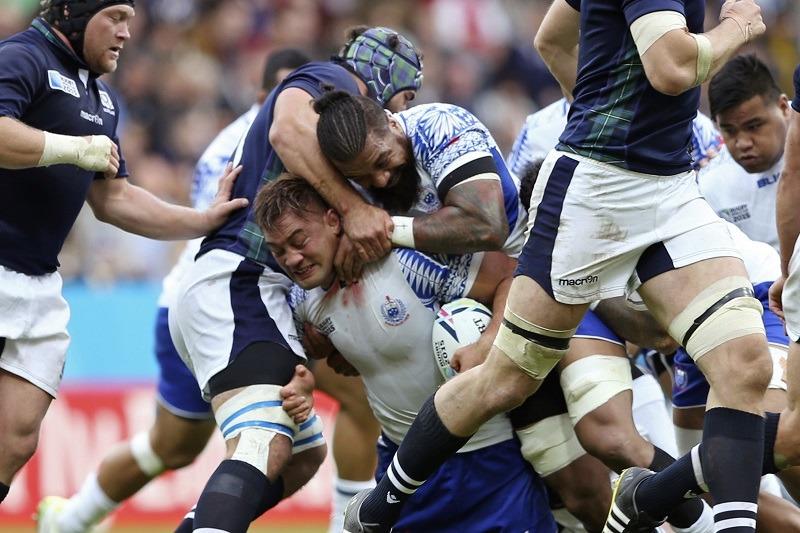 Samoa team manager Va'elua Aloi Alesana told the Rugby World Cup website that the word tattoo originates from the Samoan word "tatau, which means 'a must'," he said. "So every young boy, when he gets to a certain age, he gets a tattoo as a kind of passport to get into the group and serve the chiefs."

Alesana said the wearing of the skin covering will depend on the training site.

"There are some training venues that have allowed us to show our tattoos and some places where we can't, and for those places, we've been given 'skins' to wear to cover our tattoos," he said. "The extra skins are only for when we go to the (swimming) pools though, at the training we can wear our normal clothes."

Samoa will play Russia, Scotland, Japan and Ireland in Pool A, opening against Russia on Sept 24 at Kumagaya. 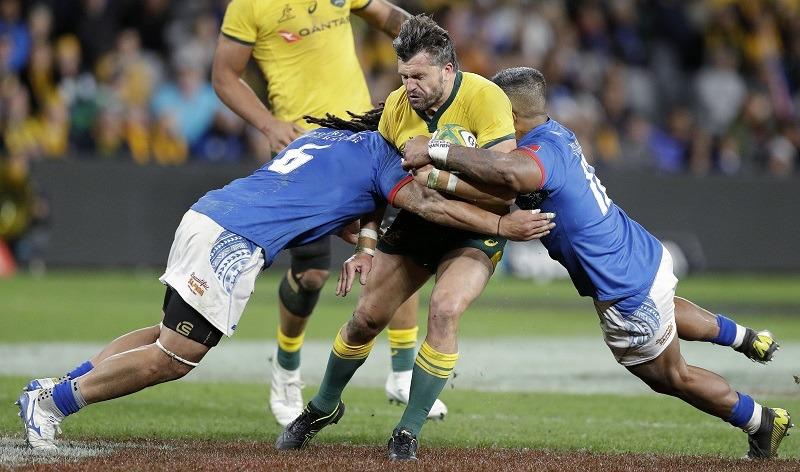