Favre challenges Dortmund to have clear heads for Tottenham 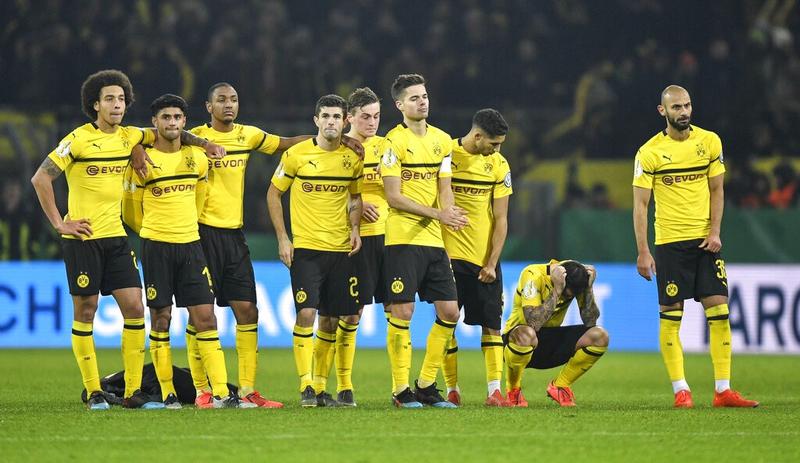 Dortmund's Paco Alcacer, second from right, looks down on the ground after he missed to score the first penalty during the shootout at the German soccer cup, DFB Pokal, match between Borussia Dortmund and Werder Bremen in Dortmund, Germany, Feb 5, 2019. (MARTIN MEISSNER / AP)

BERLIN — Tears running down the face of Paco Alcacer told the story of an unpleasant evening. The 25-year-old Spaniard missed the first penalty in a shootout after extra time, as Borussia Dortmund lost their German Cup tie against Werder Bremen.

Dortmund's dependency on Reus couldn't be higher, as the 29-year-old has not only scored 13 goals but is the decisive factor leading the team

In addition to bouncing back from defeat, the Bundesliga side also has to deal a potential injury to star forward Marco Reus, who had to be substituted at half-time against Werder.

Dortmund's dependency on Reus couldn't be higher, as the 29-year-old has not only scored 13 goals but is the decisive factor leading the team.

READ MORE: What is behind Dortmund's success?

Reus performed at the highest level in the season's first half, but to continue to do so, he has to remain in good shape.

To exacerbate their predicament, Dortmund have also been hit by a wave of influenza. Jadon Sancho and Marcel Schmelzer have been sidelined, and regular goalkeepers Roman Burki and Marvin Hitz have had to be replaced by 23-year-old Eric Oelschlagel.

Ahead of a stretch of nine games in 35 days, it will be coach Lucien Favre's biggest challenge so far to convince his squad that they have enough quality to survive in rough waters. The Swiss coach might remind his players of their reaction after their two defeats before the Cup disappointment. 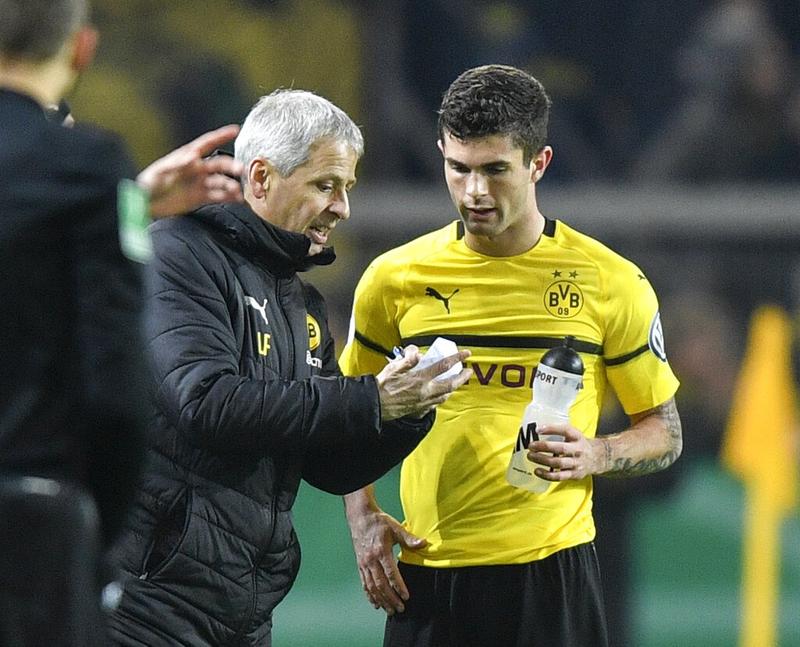 After losing 2-0 to Atletico Madrid and 2-1 to Bundesliga newcomers Fortuna Dusseldorf, Dortmund bounced back by beating Bayern Munich 3-2 and Borussia Monchengladbach 2-1, pointing to a healthy mentality.

But Favre is in danger of running out of options, as he has had to rejig his defense after Manuel Akanji and Dan-Axel Zagadou suffered injuries.

"We have to rotate to give some players a rest. In the season's first half we didn't rotate, and the result was many injuries," the 61-year-old said, adding that he has learned his lesson.

I stick with my philosophy, I only think about one game at a time.

In order to return in time for the Tottenham game, Reus will most likely have a break against Hoffenheim. With Reus fit and ready, Dortmund would be favorites against Tottenham, according to forward Andre Schurrle, currently on loan from Dortmund at Premier League side Fulham.

"But Dortmund shouldn't take things too easy against Spurs, even if Harry Kane and Dele Alli miss the game due to injury. Tottenham are a clever and determined team," the 28-year-old 2014 World Cup winner added.

For Favre's part, he admits he only takes things one match at a time, as one defeat could easily see the tides turn for his squad. "I have to stay calm and analyze the reasons behind our mistakes," the Swiss said.

Defeat is part of the process for a young team, he admits. "It supports their development. I stick with my philosophy, I only think about one game at a time," Favre emphasized, adding that with just two players injured or out of form, things can go wrong very quickly.

He compares the situation with a cake.

"You might be finished kneading the dough, and suddenly the sugar or cinnamon is missing. The mix always makes the difference - miss one detail and the cake fails." Favre has until Wednesday to perfect his recipe.