Chang'e-4 to lay groundwork for human return to moon 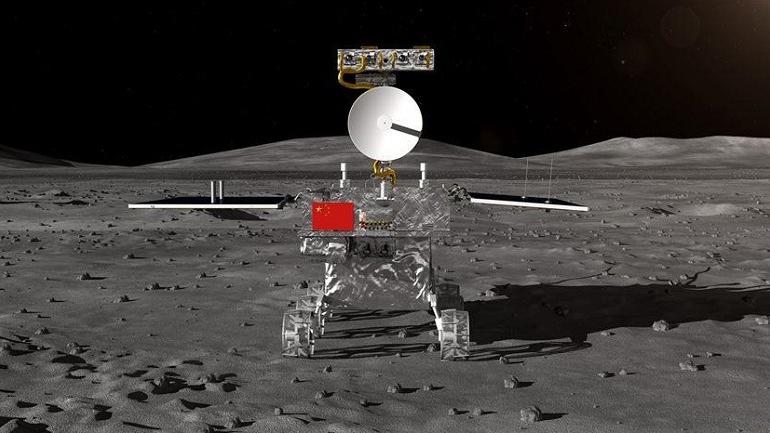 Photo provided by State Administration of Science, Technology and Industry for National Defense shows the image of the rover for China's Chang'e-4 lunar probe. (PHOTO / XINHUA)

BEIJING - Nearly 50 years have passed since people first stood on the moon. Can we return? How will radiation on the moon affect astronauts? How much water is there? Where did the water come from?

To better understand the lunar environment and prepare for a human return to the moon, the Chang'e-4 probe, which has just made the first-ever soft landing on the far side of the moon, carries payloads jointly developed by Chinese, German and Swedish scientists to conduct research.

"Our goal is to measure particle radiation on the lunar surface and the risk to people and equipment," said Zhang Shenyi, a researcher with the National Space Science Center (NSSC) under the Chinese Academy of Sciences.

Zhang cooperated with German scientists in developing the first ever instrument to measure neutron radiation on the moon.

Unlike earth, the moon has no magnetic field and atmosphere to protect it from cosmic particles, which could harm astronauts and spacecraft.

"Before a crewed mission to the moon, our detection could help evaluate the harm of radiation, and pave the way for a return and future exploration," said Zhang.

Professor Robert Wimmer-Schweingruber, of the Institute of Experimental and Applied Physics of Kiel University, Germany, said preparing for future human exploration of the moon is an excellent idea.

"If astronauts want to go on to the moon, there are a lot of risks, such as rockets, landing and surviving on the moon. But if everything is okay and the astronauts come back to earth, the radiation on the moon is the only danger that remains in their body. So we need to understand that," said Wimmer-Schweingruber.

The instrument also measures thermal neutrons, which allows scientists to study the subsurface water on the moon. 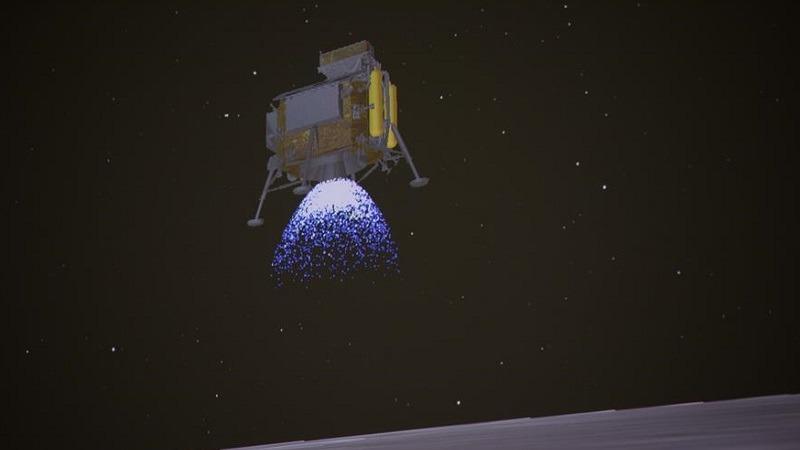 During the 1960s and 1970s, the United States and the Soviet Union launched many manned and unmanned missions to the moon. After a lull, a new round of exploration was triggered in the 1990s when scientists found there might be water on the moon.

Many scientists believe frozen water might be in areas never exposed to sunlight in the craters of the moon's polar regions. But how much water is there? And is there water in the South Pole-Aitken Basin where Chang'e-4 landed?

"The measurement of neutrons is one of the important indicators to judge whether there is a water resource in the landing area," said Zhang.

The instrument will also detect the content of iron oxide in the lunar soil and study the particle acceleration mechanism of solar storms between the sun and the earth, he said.

Zhang Aibing, also a researcher with the NSSC, cooperated with Swedish scientists in developing an instrument on the Chang'e-4 rover to measure neutral atoms to study the interaction between the solar wind and the lunar surface.

"This is the first measurement of neutral atoms on the lunar surface. With the rover, we can study the interaction between the solar wind and the lunar surface in different terrains," said Zhang.

"Some scientists believe that hydrogen ions in the solar wind may combine with oxygen on the lunar surface to form water. This is a subject we want to study through our measurement," Zhang said.

Chinese scientists are also developing such kind of instrument that could be used to explore Mars, he said.

Johan Koehler, head of Solar System Science and Space Situational Awareness, Swedish National Space Agency, said the exploration of the far side of the moon is a great achievement by China. "We are very happy to be a part of it.

"The solar wind interacts with the lunar surface, and spreads particles around. These particles form the extremely thin atmosphere-like gases environment of the moon surface. And this is the environment that we know very, very little about. The research is very important to extend humanity's knowledge of the solar system," said Koehler.

"There is a theory that water on the surface of the moon is formed by the interaction of the solar wind with the surface regolith. So this is something that the Swedish scientists together with the Chinese scientists want to answer."