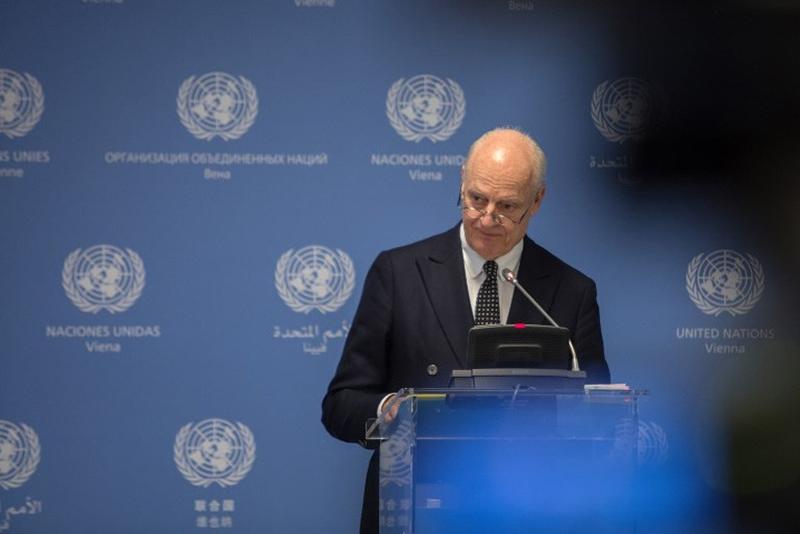 In this Jan 27, 2018 photo, UN special envoy for Syria Staffan de Mistura gives a press statement in the night on Saturday at the UN Office in Vienna. (ALEX HALADA / AFP)

UNITED NATIONS – The UN special envoy for Syria on Wednesday vowed to push ahead with the UN-led intra-Syrian talks in Geneva to find a political solution to the Syria crisis.

Briefing the Security Council on the situation in Syria, Staffan de Mistura, the UN Secretary-General’s special envoy for Syria, said he is consulting intensively on the establishment of a constitutional committee tasked to write a new constitution.

I intend to strike while the iron is hot and try to move the Geneva process ahead in consultation with all concerned.

Participants in intra-Syrian talks, held in Sochi, Russia at the end of January, agreed on such a committee. Russia, which brokered the Sochi talks together with Turkey and Iran, agreed to have the outcome of the talks as a contribution to the UN-led process in Geneva.

De Mistura said he has had initial discussions in Geneva with representatives of the government of Syria, the Syrian opposition and a number of governments.

"My team continues to be in contact with a wide array of Syrians – men and women, and I continue to look carefully at the candidates for the constitutional committee developed in Sochi and other relevant inputs."

De Mistura vowed to continue to pursue the convening of further formal intra-Syrian talks in Geneva under the auspices of the United Nations.

"I am aware of the need to focus, more than ever, on the establishment of a secure, calm, neutral environment if any constitutional process is to unfold and if UN-supervised presidential and parliamentary elections pursuant to a new constitution as envisaged in Resolution 2254 are to take place," he said.

De Mistura said he would be in Munich, Germany, to consult UN Secretary-General Antonio Guterres and engage with senior officials present at the annual Munich Security Conference. 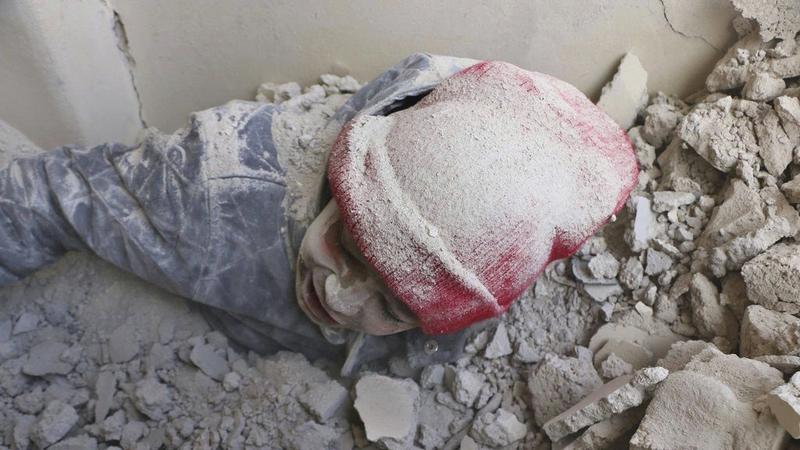 "I intend to strike while the iron is hot and try to move the Geneva process ahead in consultation with all concerned."

De Mistura wanted the Security Council and countries of influence to work urgently for de-escalation, civilian protection and humanitarian access; to give effect in Geneva to the outcome of the Sochi talks; and to promote a safe, calm, neutral environment for a political solution.

He said the recent escalation of violence in Syria undermines the efforts for a political solution, and stressed the need for the immediate de-escalation.

"This is as violent and worrying and dangerous a moment as any that I have seen in my time as special envoy," de Mistura told the Security Council.

"I strongly reiterate the appeal of the (UN) secretary-general to all concerned in Syria and the region and beyond to de-escalate immediately and unconditionally, and urge all stakeholders ... to use their influence to help reduce violence." 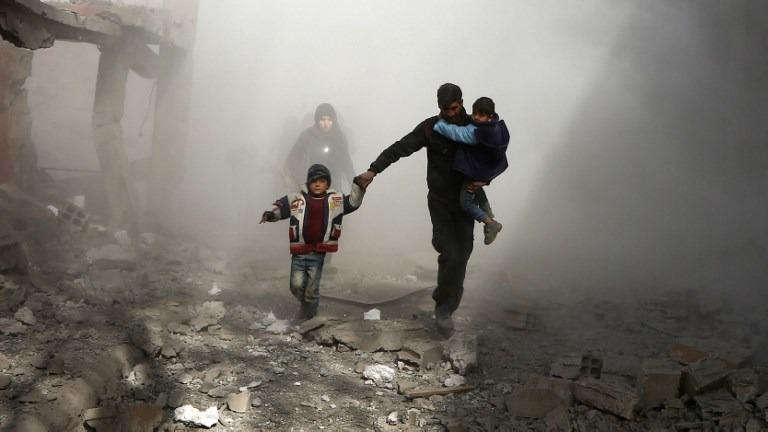 Syrian civilians flee from airstrikes in the rebel-held town of Jisreen, in the besieged Eastern Ghouta region on the outskirts of the capital Damascus, on Feb 8, 2018. (ABDULMONAM EASSA / AFP)

There has been a gradual return to back-and-forth competition over territory in Idlib and Hama provinces, and heavy and sustained airstrikes across the northwest and in besieged eastern Ghouta, said de Mistura.

Civilians has been killed on a horrific scale and strikes have continued to hit hospitals, schools and markets. Reports suggest that more than 1,000 civilians lost their lives in the first week of February alone, he said.

There have been several allegations of chemical weapons attacks in Ghouta and Idlib, and in the Afrin district on the border with Turkey, he said. Although those allegations cannot be verified as there is no independent investigation, they are extremely worrisome, said de Mistura.

At least 320,000 people have been displaced due to fighting in Idlib in just two months, an area that is already hosting over 1.2 million internally displaced people, he said.

The escalation of violence has deprived Syrians of the humanitarian assistance they need, said de Mistura, asking for international efforts to ensure immediate and unfettered humanitarian access to besieged and hard-to-reach areas in particular.

"We urgently need genuine de-escalation to protect civilians, evacuate the sick and wounded, and allow humanitarian aid to reach nearly three million people in besieged and hard-to-reach areas," he said.