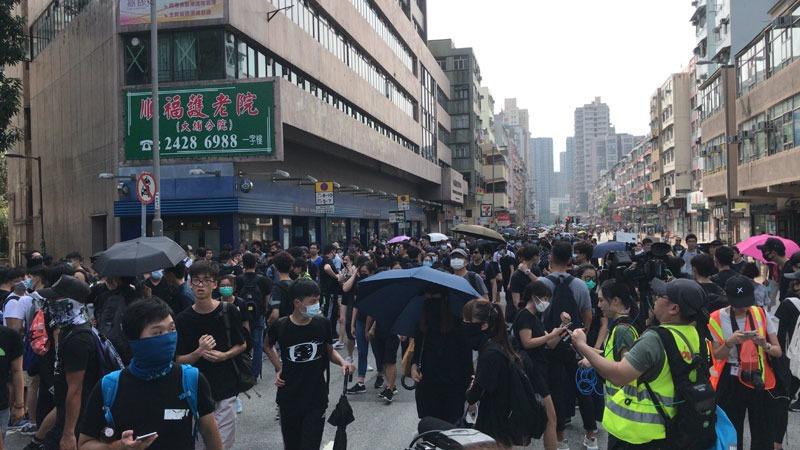 HONG KONG - Around 1,000 protesters in black T-shirts took to the streets in Tai Po in an illegal procession Saturday afternoon as shops were closed and residents stayed at home to avoid the protesters.

The district – one of the most densely-populated new towns in the New Territories – was turned into a ghost town before protesters began their procession at around 3:30 pm.

Police have denied approval for the rally out of safety reasons, as recent demonstrations have at times turned violent and radical, with protesters setting fire, hurling petrol bombs and attacking police officers with metal poles.

Around an hour and a half after the procession began, a large group of protesters gathered outside the Tai Po police station. Others set up barriers to block roads, disrupting traffic in the area.

Some protesters were carrying large mirrors, believed to be used in a new tactic to dazzle police officers by reflecting strong light from laser guns at them. 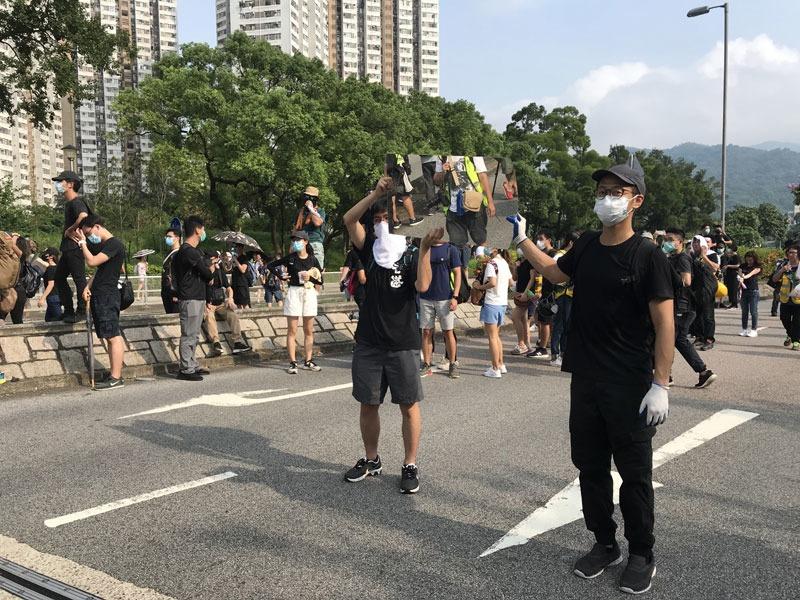 Protesters hold large mirrors believed to be used in a new tactic to dazzle police officers by reflecting strong light from laser guns at them during an illegal procession in Tai Po, Aug 10, 2019. (PHOTO / CHINA DAILY)

In a statement issued by police at around the same time, it warned protesters against blocking major carriageways and that they were committing the offense of “participating in an unauthorized assembly”.

A local resident surnamed Chan, who has been living in Tai Po for more than 30 years, said he was angry as the illegal demonstration has disrupted the peace in the neighborhood.

“Shops closed. Bus services suspended. What the hell are they doing?” He said.

ALSO READ: No end to public sufferings as protests continue in HK

Chan said he could barely understand the pursuits and behaviors of the protesters, whom he said have been reluctant to listen to other people.

He added that there will only be a “lose-lose situation” if the mayhem continued.