US and Palestinians clash over US plan for peace with Israel 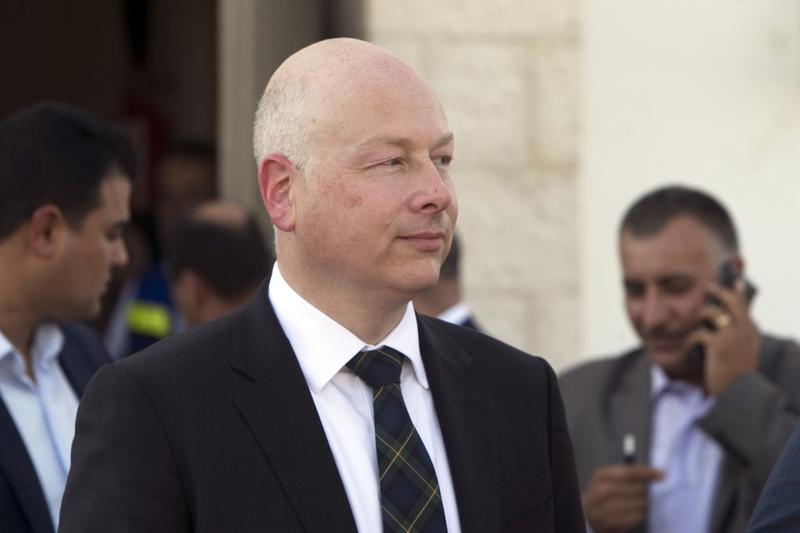 In this Oct 15, 2017 photo, US special envoy Jason Greenblatt attends the launch of a project to improve access to wastewater treatment and water for Palestinian farmers in the city of Jericho, in the Israeli-occupied West Bank. (JAAFAR ASHTIYEH / AFP)

UNITED NATIONS — A key architect of the long-awaited US plan for Israeli-Palestinian peace lashed out at the UN's "anti-Israel bias" Thursday while urging support for the Trump administration's "vision" — but the Palestinian foreign minister dismissed the US peace effort, saying all indications are it will be "conditions for surrender."

The speeches by US envoy for international negotiations Jason Greenblatt and top Palestinian diplomat Riad Malki at an informal Security Council meeting ended up focusing on much broader issues than the chosen topic — Israeli settlements at the "core" of the "obstruction of peace."

Greenblatt said it was "surprising and unfair" that Indonesia, Kuwait and South Africa organized the council meeting and condemned Israel's behavior when it "was not even invited to speak at this session." He added that it was "inspiring" to see Israel celebrate the 71st anniversary of its independence on Thursday, calling it "a small brave country" that grew to a "thriving, diverse economically vibrant democracy," the only one in the Mideast.

He called the council's "obsessive" focus on Israeli settlements a "farce," saying settlements aren't keeping Israel and the Palestinians from negotiating peace, and said the council should instead condemn Hamas and Palestinian Islamic Jihad for recently firing hundreds of rockets into Israel from Gaza.

The council should also focus on the Palestinian practice of paying the families of "terrorists" rather than on how the United States could support the Palestinian Authority's budget, Greenblatt said. The Trump administration has drastically cut its support for the Palestinians to try to spur their return to negotiations.

The Palestinians pre-emptively rejected any peace proposal floated by the Trump administration amid concerns it would fall far below their hopes for an independent state in the West Bank, east Jerusalem — which they want as their capital — and Gaza, lands captured by Israel in the 1967 war. Their demand for a two-state solution is supported by the UN and almost all of its 193 member-states.

Malki told the council that after President Donald Trump recognized Jerusalem as the capital of Israel "in blatant violation of international law, it is not possible to have faith" in the peace plan, which was crafted over two years by a team led by Greenblatt and the president's senior adviser and son-in-law Jared Kushner.

"Every decision the US administration has taken since has simply confirmed its disregard for Palestinian lives, for Palestinian rights" and for the two-state solution, he said. 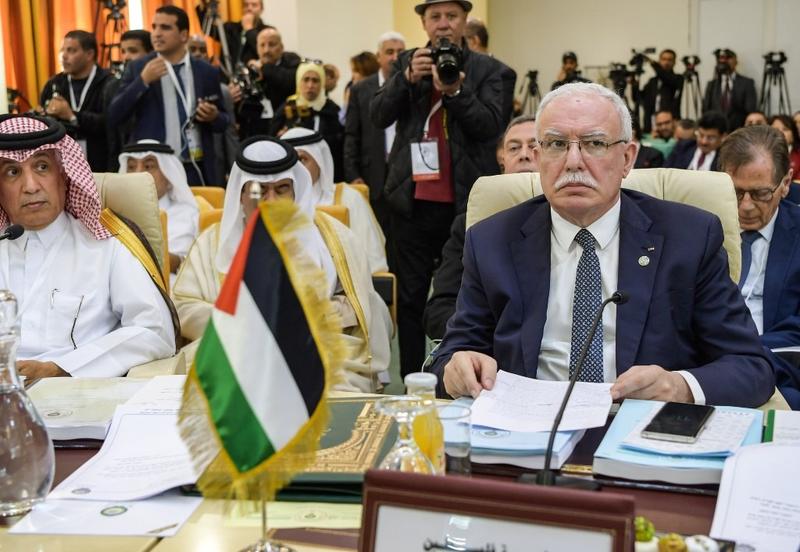 "We cannot afford not to engage with any peace efforts but the US efforts cannot be characterized nor can qualify as peace efforts, unfortunately," Malki said. "All indicates this far that this is not a peace plan, but rather conditions for surrender — and there is no amount of money can make it acceptable."

Greenblatt and Kushner have been tight-lipped about the peace plan's contents.

Last week, Kushner said the blueprint attempts to ensure security for Israel and provide economic opportunity to improve the lives of Palestinians. The plan won't be released before the Muslim holy month of Ramadan ends during the first week of June, and perhaps not even then.

Greenblatt told the Security Council "the vision for peace that we will soon put forward will be realistic and implementable" and "lay out the core issues of the conflict in enough detail that everyone will be able to imagine what peace could look like."

"This is the right package of compromises for both sides to take in order to leave the past behind and start a new chapter, where there could be tremendous hope and opportunity in the region," he added.

Greenblatt called on council members "to support the parties to get together to get behind this opportunity."

In the meantime, he said, "we will continue to speak the truth even when it is not welcome," starting with the UN's failure to condemn the "vicious, cynical, unprovoked attack" from Gaza a few days ago "that was intended to terrify, kill and maim Israelis."

Malki, who spoke before Greenblatt, told reporters afterward that the US envoy's remarks gave him no hope for the US peace plan.

"I thought I was listening to an Israeli speaker ... rather than an American official," he said. "It seems that the American position has been totally taken by the Israeli position and right now the US administration has no independent position."

Malki said Greenblatt "attacked the Palestinians and nothing else" and called Israel the only Mideast democracy while forgetting that Israel is the "only occupying power ... in the world."

"It's very clear that his thinking, his mind, is well set to be exclusively anti-Palestinian, anti-peace and anti-logic, and anti-international law," Malki said.