With EU letter, May tries to pull lawmakers behind Brexit deal 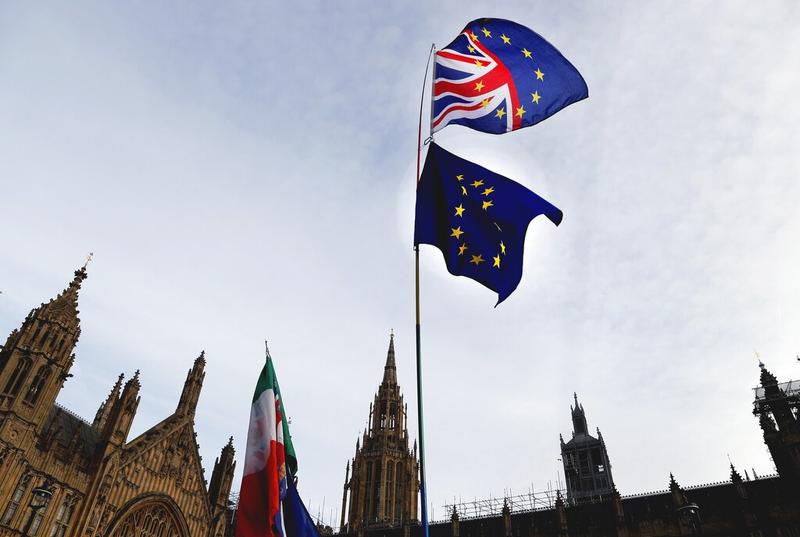 A Pro-European demonstrator raises flags to protest outside parliament in London, Jan 11, 2019. Britain's Prime Minister Theresa May is struggling to win support for her Brexit deal in Parliament. (FRANK AUGSTEIN / AP)

LONDON – Prime Minister Theresa May makes a last ditch effort to convince rebel lawmakers to back her Brexit divorce deal on Monday, warning that United Kingdom's exit is now in peril before setting out new European Union assurances on the deal.

The future of the United Kingdom's March 29 exit from the EU is deeply uncertain as parliament is likely to vote down May's deal on Tuesday evening, opening up outcomes ranging from a disorderly divorce to reversing Brexit altogether.

As part of the effort to get the deal approved by the British parliament, the EU is due to set out some assurances in a letter on Monday, RTE News reported

Facing the deepest crisis in British politics for at least half a century, May will use a speech in the leave-supporting city of Stoke-on-Trent in central England to warn that lawmakers blocking Brexit is now a more likely outcome than leaving without a deal.

"There are some in Westminster who would wish to delay or even stop Brexit and who will use every device available to them to do so," May will say in a speech to factory workers in the leave-supporting city of Stoke-on-Trent in central England, according to advance extracts.

May warned lawmakers on Sunday that failing to deliver Brexit would be catastrophic for democracy, and her ministers warned thwarting the 2016 vote could lead to rise in far right populism.

As part of the effort to get the deal approved by the British parliament, the EU is due to set out some assurances in a letter on Monday, RTE News reported.

The letter will address the most contentious part of the EU deal - the so called "backstop", an insurance policy to prevent the return of border controls between the British province of Northern Ireland and the Irish republic, an EU member. 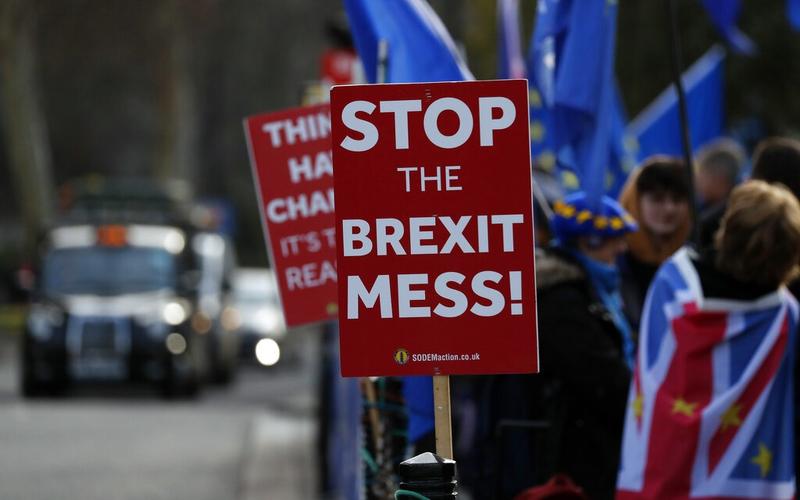 The letter will stress that the backstop is not the EU’s preferred solution to avoiding a hard border, that it does not undermine the Good Friday Agreement, nor is it part of any covert attempt by the EU to "annex" Northern Ireland, RTE said.

The UK will also deliver its own letter to the European Council and Commission as part of a choreographed exchange, RTE said. May will make a statement to parliament at about 1530 GMT, a government source said.

May's minority government, which is propped up by a small Northern Irish party, was last week defeated twice in parliament on Brexit, with lawmakers creating a new obstacle to a no deal Brexit and forcing May to promise she would come up with a 'plan B' within days if her deal is rejected.