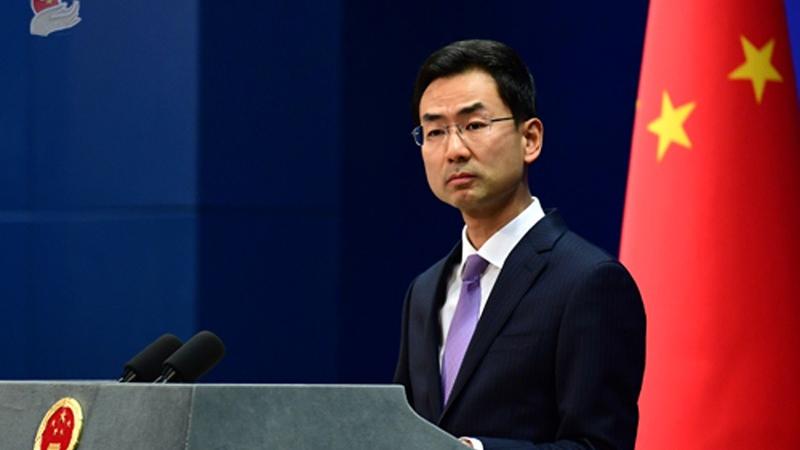 Geng Shuang, spokesperson for China’s Foreign Ministry, listens to a reporter’s question during a press briefing on Feb 9, 2018. (PHOTO / FMPRC.GOV.CN)

BEIJING - China on Thursday expressed firm opposition to the visit by Indian Prime Minister Narendra Modi to a disputed area, urging the Indian side not to take action that could complicate the boundary issue.

"The Chinese government has never recognized the so-called Arunachal Pradesh and is firmly opposed to the Indian leader's visit to the disputed area," Geng said.

"We will lodge stern representations with the Indian side," he said.

The spokesperson said that China and India had reached important consensus on properly managing disputes, and the two sides were working to resolve the territorial disputes through negotiation and consultation.

"The Chinese side urges the Indian side to honor its commitment and abide by the relevant consensus, and refrain from taking any action that may complicate the boundary question," Geng said.

The so-called Arunachal Pradesh was established largely on three areas in China's Tibet — Monyul, Loyul and Lower Tsayul — which are currently under illegal occupation by India. These three areas, located between the illegal "McMahon Line" and the traditional customary boundary between China and India, have always been Chinese territory.

In 1914, British colonialists secretly instigated the illegal "McMahon Line" in an attempt to incorporate it into India at the above-mentioned three areas of Chinese territory. None of the successive Chinese governments have ever recognized the line.