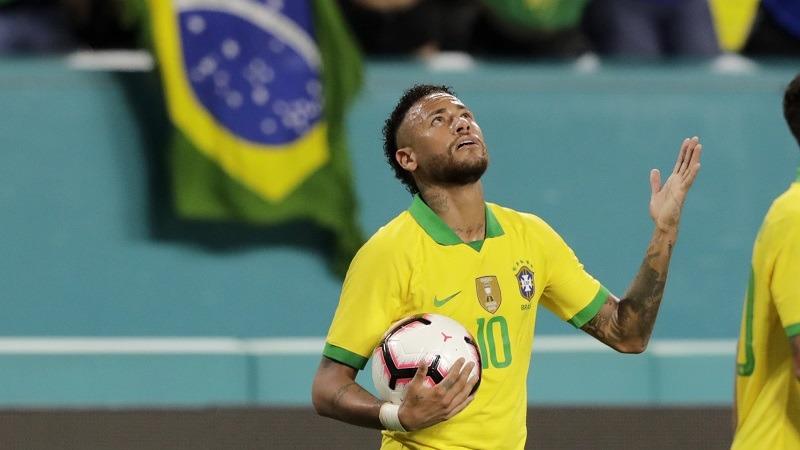 Brazil forward Neymar reacts after scoring a goal during the second half of a friendly soccer match against Colombia, Sept 6, 2019, in Miami Gardens, Fla. (LYNNE SLADKY / AP PHOTO)

Trindade went to Sao Paulo police to accuse Neymar of raping her at a Paris hotel in May. Neymar denied the accusation and said their relations were consensual.

Prosecutors officially closed the investigation against Neymar earlier this month, citing a lack of evidence against him.

The Associated Press doesn't name alleged sexual assault victims unless they make their identities public, which Trindade did in several interviews.