Abbas threatens to renege on agreements with US, Israel, Hamas 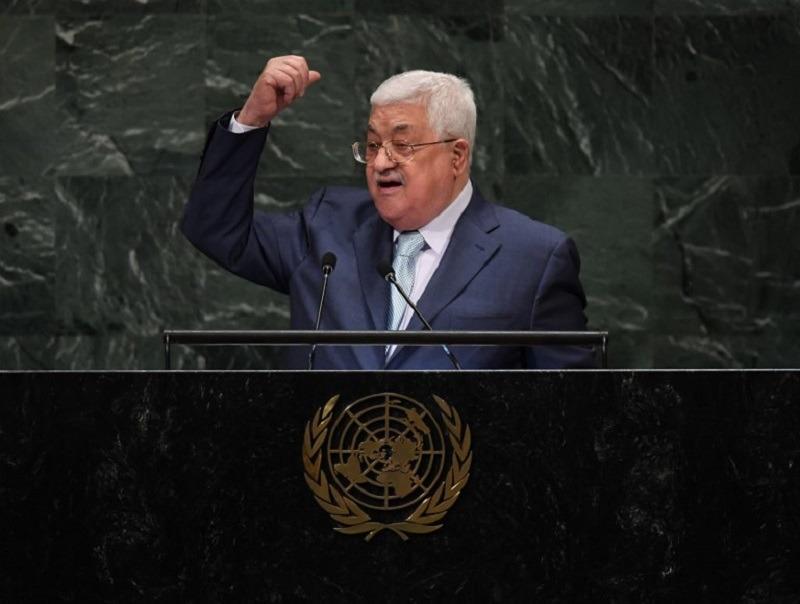 UNITED NATIONS - Palestinian President Mahmoud Abbas threatened on Thursday to renege on agreements with Israel, the United States and the Islamic Hamas movement over their failure to be committed to the accords.

Speaking before the United Nations General Assembly, Abbas said, "We have concluded agreements with Israel and they have abrogated all of them. Either Israel abides by these agreements, or else we will renege on them. Israel will bear the responsibility and consequences of this."

However, he added: "We will never return to violence and terrorism, no matter what the situation or conditions are."

Either it respects its commitments, or we are not going to comply with any of these agreements

The Palestinian leader then mentioned unspecified agreements with the US administration.

"Why have they reneged on all of them, and how should we address this? Please answer me," he said. "Either it respects its commitments, or we are not going to comply with any of these agreements."

Speaking of the Palestinian party Hamas, which rules Gaza, Abbas said: "We have also concluded agreements with Hamas. Either they implement them fully, or we will distance ourselves from any agreements or measures that are concluded without our approval and will not bear any responsibility."

Reacting to US decisions to move its embassy from Tel Aviv to Jerusalem and slash funds to the United Nations Relief and Works Agency for Palestine Refugees in the Near East (UNRWA), Abbas said: "We will also not accept sole American mediation in the peace process because the US administration has lost its eligibility due to its recent decisions."

He called on Britain, "which bears a historical, political, legal and moral responsibility with regard to the suffering and displacement of the Palestinian people as a consequence of the Balfour Declaration of 1917, to rectify this historic mistake by recognizing the State of Palestine and compensating the Palestinian people for their pain and suffering."

Abbas said the United States, which strongly supported the Balfour Declaration and cooperated with Britain to implement it, should "do the same."

"Why does the Security Council not uphold its duties to compel Israel to abide by international law and to bring an end to its occupation of the State of Palestine?" Abbas asked.

The answer is that the United States, a staunch supporter of Israel and a member of the five permanent members of the council, holds the power of veto, he said.