By Chen Yingqun in Beijing, Ren Qi in Birobidzhan, Russia and Zhou Huiying in Harbin 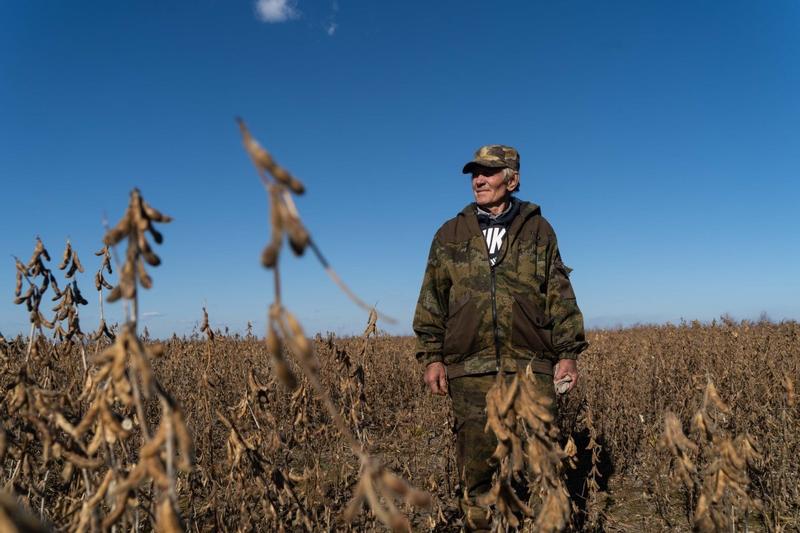 Alexander Mikhailovich Somov is head of a small village called Dmitlovo in the Russian Far East.

The 75-year-old recalled that in 1992, when he moved to the village, there were only about 100 residents and 300 buildings, including a school, a few small shops, a pig farm and some abandoned properties.

Due to poor transportation links and a lack of job opportunities, young people kept moving away from Dmitlovo, which is 70 kilometers south of Birobidzhan, capital of the Jewish Autonomous Oblast.

China and Russia have strong complementarities in agricultural markets, capital, land and technology resources. Both countries have good relations, so deepening agricultural cooperation, especially in the soybean industry, is a natural move

"At one time, there were fewer than 10 families in the village," Somov said.

The village's future appeared bleak until 2014, with the arrival of two Chinese farm owners, Ying Junfeng and Ying Xiufeng, from Suifenhe, Heilongjiang province. The brothers rented 3,000 hectares of wasteland - mostly marshland - and began to grow soybeans.

Ying Junfeng said that when they first arrived, the locals did not think they would stay for long. It was only after the new arrivals spent four years constructing a 6 km road with farm excavators and bulldozers to connect the village with other districts that they finally gained the locals' trust and appreciation.

Now, at least one member of almost every family in the village works on the soybean farm. The average wage is 1,000 roubles (US$15.50) per day, higher than that in Birobidzhan, according to Somov.

"We greatly appreciate our Chinese friends coming here, because if they had not, the village would have disappeared," he said.

China and Russia have strengthened agricultural cooperation in recent years, particularly in the soybean industry, amid trade tensions between Beijing and Washington.

Last year, China imported 817,000 metric tons of soybeans from Russia, up by nearly 65 percent on 2017. Most of the imports came from the Russian Far East, according to the Ministry of Commerce.

In June, the two countries signed a development plan to deepen soybean cooperation, and in late July, China approved imports of the crop from across Russia.

Valery Dubrovskiy, director of investment for the Far East Investment and Export Agency, a nonprofit organization, said Russia will open 1 million hectares of arable land to foreign investors, and it expects most of the funds to come from China. The South China Morning Post reported last month that the land is suitable for dairy farming or for cultivating crops, including soybeans.

Maxim Oreshkin, Russia's Minister of Economic Development, said his country and China have listed several key sectors that need to be developed and improved.

"The two countries should not only implement large projects, but also provide diversified end-use goods and investment, whose volumes will grow very quickly," he said. 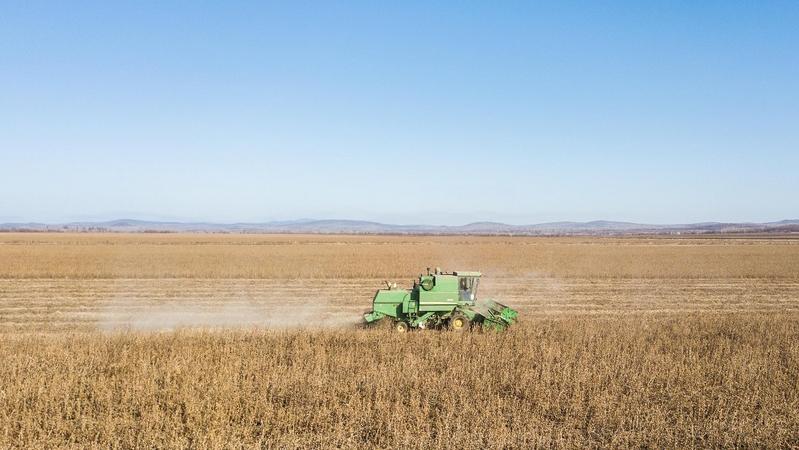 In particular, he said that Russia plans to increase soybean exports to China, the world's largest importer of the crop.

There is high demand in China for soybeans, as they are the source of tofu, soy milk, soybean oil and even animal feed, but 90 percent of the country's requirements are met through imports, mainly from countries such as the United States, Brazil and Argentina. According to the Ministry of Agriculture and Rural Affairs, soybean demand in China is about 110 million tons per year, while the nation's output is about 16 million tons.

However, since last year, the US has imposed several rounds of additional tariffs on Chinese imports. In retaliation, China has levied tariffs on a range of US imports, including soybeans.

Before the trade dispute erupted, the Chinese market accounted for about 60 percent of US soybean exports, but last year the proportion fell to 17.9 percent due to US trade protectionist policies.

Sergey Lukanin, researcher at the Institute of World Economy and International Relations at the Russian Academy of Sciences, said that when trade tensions between China and the US began, he thought that Russia could theoretically fill the gap in soybean supplies resulting from the dispute, and as a result, agricultural cooperation between Russia and China could flourish.

Chen Yangfen, a researcher with the Institute of Agricultural Economics and Development at the Chinese Academy of Agricultural Sciences, said China needs to diversify its soybean import sources to ensure a stable supply of agricultural produce amid the trade tensions with the US. At the same time, Russia also needs to seek new growth drivers while facing economic sanctions from the West.

"China and Russia have strong complementarities in agricultural markets, capital, land and technology resources," he said. "Both countries have good relations, so deepening agricultural cooperation, especially in the soybean industry, is a natural move."

Some Chinese companies have already started to grow agricultural produce, including soybeans, in Russia to sell to the Chinese market.

Chen said the Russian Far East, which has a large area of reclaimable land that can be cultivated and is ready to attract investment, has been the main target for Chinese companies. An estimated 95 percent of the soybeans in the Russian Far East border region with Heilongjiang province are grown by Chinese, he added.

"In Russia, about 250 million hectares of land are suitable for growing soybeans, but to date, only about 3 percent has been used," Chen said.

The good relations between China and Russia, which mean low political risks, are an advantage in growing soybeans in Russia, he said. Moreover, the nations' geographical proximity means that the cost of sending the produce to China is much lower than that for shipping it from the US or Brazil.

Ying Junfeng, the soybean grower in Dmitlovo, said the soil in the area is fertile and suitable for cultivation and growth. In addition, Russia has strict regulations on food processing safety, environmental protection and the use of pesticides and fertilizers.

"Russia prohibits the cultivation of genetically modified crops," he said. "Therefore, non-GMO Russian soybeans could be a selling point in the Chinese market."

Wang Shilin, manager of Suifenhe Baoguo Economic and Trade Co in Suifenhe city, Heilongjiang, said the company has invested 160 million yuan (US$22.6 million) in its two farms in Primorsky Krai in Russia's Far East that cover a total of 16,000 hectares of arable land, along with a 0.7-hectare pig farm with 6,000 animals. This year, its farms are expected to produce 15,000 tons of soybeans and 50,000 tons of corn.

Shilin said that under Russian law, grain cultivation must follow European Union standards and strict restrictions should be imposed on pesticides, fertilizers and seeds. "Moreover, Russia has encouraged grain exports with zero tax," he said.

Yue Hongwen, deputy general manager of Suifenhe Liangyun Agricultural Products Development Co, which was established in 2014, said it has a mature agricultural production chain in Russia, including planting, breeding, processing and logistics.

The company decided to invest in the Russian agricultural sector in view of the increasing demand for soybeans in China. In Russia, land rentals are lower, the soil is fertile and planting costs are relatively affordable, he said.

By the end of last year, the company had a 30-hectare farm in Russia with more than 100 sets of large agricultural machinery, and was planting on 10,000 hectares of arable land, mainly in Primorsky Krai. It has an annual output of about 20,000 tons of maize, 12,500 tons of soybeans and more than 8,000 tons of oat grass.

"In the next five years, we intend to cultivate an additional 50,000 to 60,000 hectares of high-quality organic land in Russia," Yue said."We will focus on growing organic and non-GMO agricultural produce for the Chinese market."

He said the investment return from growing soybeans in Russia initially ranged from 30 percent to 40 percent. However, as costs have increased, the return has fallen as more companies from South Korea, Japan and China have arrived in Russia in the past two to three years to grow soybeans.

"Taking tax and logistics costs into account, Russian soybeans, although they are non-GMO, are not competitively priced in China, as those grown domestically receive government subsidies," Yue said.

Chen said China and Russia have great potential for agricultural cooperation. But in the Russian Far East, infrastructure is backward, including soybean processing.

Compared with other main soybean producers such as the US and Brazil, temperatures in the Russian Far East are much lower, and as the crop is non-GMO, this restricts the yield.