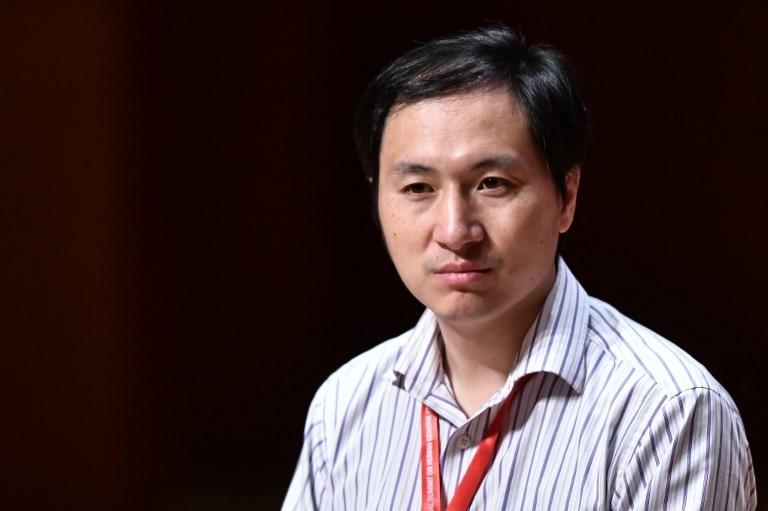 In this Nov 28, 2018 photo, Chinese scientist He Jiankui reacts during a panel discussion after his speech at the Second International Summit on Human Genome Editing in Hong Kong. (ANTHONY WALLACE / AFP)

LONDON — A leading geneticist who ran the conference where a Chinese scientist said he had made the world's first "gene-edited" babies condemned him on Monday for potentially jeopardising lives and having no biology training.

Robin Lovell-Badge, organiser of the November 2018 event where China's He Jiankui made his controversial presentation, described him as a rich man with a "huge ego" who "wanted to do something he thinks will change the world".

He Jiankui, associate professor at Southern University of Science and Technology in Shenzhen, China, sparked an international scientific and ethical row when he said he had used a technology known as CRISPR-Cas9 to alter the embryonic genes of twin girls born in November.

He did not immediately respond to an emailed request for comment. Chinese authorities are investigating him and have meanwhile halted this kind of research.

In videos posted online and at the conference, He said he believed his gene editing would help protect the girls from infection with HIV, the virus that causes AIDS.

Lovell-Badge, a professor and gene expert at Britain's Francis Crick Institute who led the organising committee for the November Human Genome Editing Summit at Hong Kong University, said it was impossible to know what He had actually done.

"If it's true (that he edited the genomes in the way he says) then it is certainly possible that he has put the children's lives at risk," he told journalists in London. 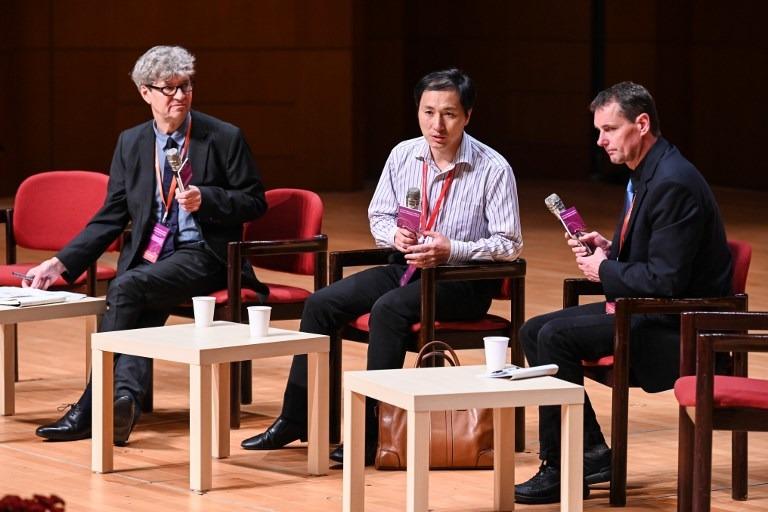 Chinese scientist He Jiankui (center) takes part in a question and answer session after speaking at the Second International Summit on Human Genome Editing in Hong Kong on Nov 28, 2018. (ANTHONY WALLACE / AFP)

"No-one knows what these mutations will do."

Lovell-Badge said he originally invited He to the conference after hearing in scientific circles that he was "up to something". Lovell-Badge hoped that asking He to interact with specialists would encourage him to "control his urges".

"Pretty much everyone he talked to had said to him: 'Don't do it'," he said. "But clearly it was all too late."

Lovell-Badge said he learned of He's claims on the eve of the conference, and had an emergency meeting with him.

"He thought that he was doing good, and that what he was doing was the next big thing," Lovell-Badge said. But he had "no basic training in biology" and the experiments he said he had carried out "ignored all the norms of how you conduct any clinical trial or clinical experiment."

"He should certainly be stopped from doing anything like this again," he said.

Lovell-Badge said he had not heard from He since early December, but understood he was in Shenzhen in a guarded apartment during the probe.

Chinese authorities and institutions, as well as hundreds of international scientists, have condemned He and said any application of gene editing on human embryos for reproductive purposes was against the law and medical ethics of China.