Govt shifts more toward use of social platforms 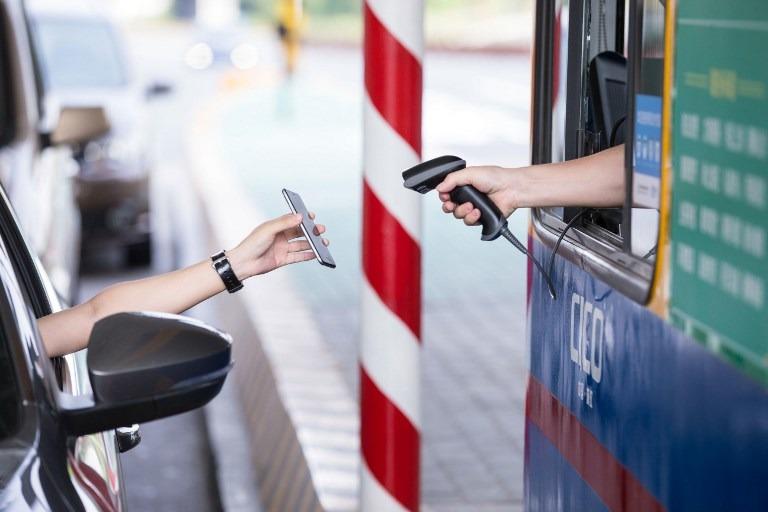 This picture taken on Aug 26, 2016 shows a driver uses his smartphone to pay the highway toll by way of Alipay, at Pengbu toll station in the city of Hangzhou, Zhejiang province. (STR / AFP)

Government departments in China are providing an increasing number of public services through mobile devices, especially with WeChat and other social media, a report on the country's cyberspace development said on Monday.

Compared with traditional ways of posting government information, "mobile platforms are more convenient for both residents and authorities to contact each other and deal with affairs, as the steps are easier and the process is more transparent," said Zeng Yu, director of the China Internet Network Information Center, which produced the report.

The report said that about 42 percent of netizens have accessed municipal public services, such as weather reports, and searched for social insurance and tax information via WeChat and Alipay as of the end of June. The percentage continues to rise, it said.

For example, the proportion of those using WeChat to access services saw a 20 percent increase since December, it said.

By June 30, more than 137,000 government departments had registered their micro blogs on Sina Weibo; of those, more than 89,000 were administrations, including public security bureaus and medical care authorities, it said.

Unlike the burgeoning mobile platforms, the number of government websites has shrunk - to less than 20,000 by the end of June, from more than 66,000 in December 2015. Part of the reason, Zeng said, is that "some that were useless or couldn't respond to public concerns in a timely manner have been shut down".

Government departments at every level were ordered in May last year to provide quick and easy services for the public. "So they also integrated some websites and transferred their information to the mobile platforms," Zeng said. Kong Yiying, a resident of Guangzhou province, applauded the change.

"Searching traffic violations and dealing with my social insurance affairs through WeChat is convenient," she said. "Every step of handling the affairs is clear and easy."

She told China Daily that lots of information posted on the WeChat accounts of the Guangdong police - with banks soon to follow - are useful to her, "as they can tell me the latest policies and save time searching".

Kou Fei, a Beijing resident, also welcomed the use of mobile platforms to access the city's public services, but she complained that some of the services could be given 24 hours.

"For example, when I wanted to pay for water and electricity at night, I have been informed that the service cannot be provided at that time," she said.

In addition, government departments need to arrange for some staff members to answer specific questions from the public about the mobile platforms, instead of only providing some hotlines, she said.