Pegasus set to cruise high above the bay

By Sophie He in Hong Kong 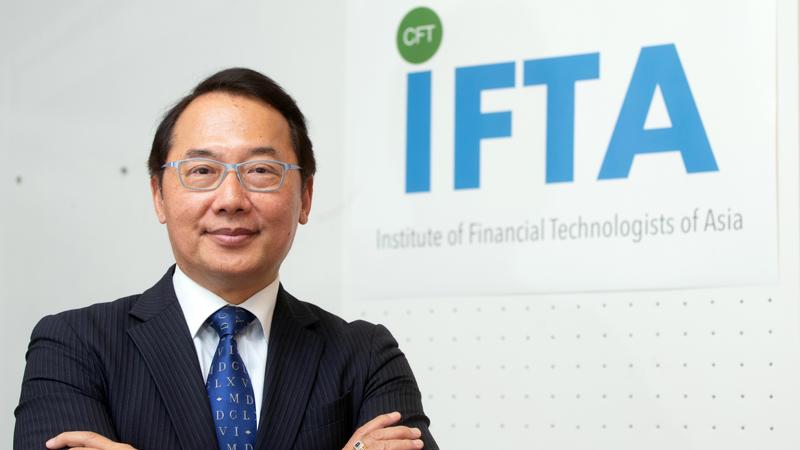 Pegasus Fund Managers Ltd, one of Hong Kong’s leading fund management and professional financial advisory firms, is confident about the economy and markets of the Chinese mainland and Hong Kong this year as it eyes opportunities from the Guangdong-Hong Kong-Macao Greater Bay Area.

“Economic growth in both China and the US is still quite strong, there is no concern of recession this year, and I believe the two countries will eventually reach an agreement on the trade dispute,” Pegasus Managing Director Paul Pong Po-lam, who is also chairman and founder of the Institute of Financial Technologists of Asia, told China Daily during an interview.

Pong founded Pegasus in 1990. Having weathered numerous global financial crises, Pegasus has accumulated vast market experience and established a market-leading position over the past three decades.

“I am quite positive for this year, the A-share market (Shanghai Composite Index) could go up to 4,500. The reason is that fundamentally, the central government is doing a very good job, they are stimulating the economy, and they are doing it better than they did in 2008,” during the global financial crisis, Pong said.

He said that last year, market sentiment was dampened by uncertainties about the global economy and the Sino-US trade dispute. The SSE Composite Index declined 24 percent in 2018, but Pong said he believes the situation has turned around and that overall sentiment has turned from negative to positive.

The Sino-US trade dispute may eventually reach an agreement, and the biggest uncertainty for the investment community has been partially lifted, which is why the market has shown a significant rebound since the beginning of this year.

In addition, interest rates in the US are likely to stay put at the beginning of this year. The market expected that interest rates will continue to rise, but the US Federal Reserve has indicated that no more hikes will be coming this year, which is more good news for the stock market.

Pong said he believes the Hang Seng Index will surpass 30,000 points this year.

But he warned that all these forecasts are based on the assumption that China and the US can reach an agreement and settle their disputes. If the negotiations were to fall apart, the Hang Seng Index may drop to 23,000, Pong said.

Despite all the uncertainty externally, Pong is very confident about the Chinese economy this year. The tax reduction introduced by the central government at the beginning of this year is benefiting ordinary people and companies, and domestic consumption is still quite strong, he said.

Pong said that most Chinese investors are being too conservative — they are holding too much cash or bonds while they should be buying stocks of good companies.

“The valuation of the Chinese A-share market is still very low. If the trade dispute can be settled in the coming months, export related industries will outperform,” he said. He added that cyclical stocks, like shipping firms, commodities and energy, will also start to do well.

Pong said he likes new-economy stocks. The share prices of new-economy stocks like Xiaomi have dropped a lot, but the leading Chinese tech firm is starting to make a lot of money this year, and if one of its joint ventures is granted a virtual banking license from the Hong Kong Monetary Authority, that would be great for Xiaomi’s share price.

Pong is very excited about the opportunities emerging from the Bay Area.

“There are a lot of great companies in the Bay Area worth investing in; for example, the property companies, as well as Hong Kong-listed insurance companies and banks. If they can extend their services there, they would benefit greatly from the development of the Bay Area,” he said.

The only question left to be answered is when free flow of capital in the region will happen. “If we open up the Bay Area, Pegasus’s AUM could grow 10 times from now, from HK$2 billion to HK$20 billion,” Pong said.

In addition to fund management assistance, Pegasus had been providing high-net-worth clients with asset management services and helped its clients to plan their finances based on their different stages of life and goals.

In the future, financial planning will be a key to Pegasus’s business, said Pong, explaining that in the past, people didn’t have many financial-planning choices in Hong Kong.

“The products are so simple and the property investment has been so successful, a lot of people have already made a fortune from investing in properties. They do not need financial planning. If you have money, you buy property,” he said.

But nowadays in Hong Kong, with the aging problem and the special taxes imposed by the Hong Kong government to prevent people from speculating in the housing market, financial planning has become increasingly important.

The special administrative region’s government has also introduced more investment products like the iBond and silver bond, as well as medical insurance, providing more and more choices for people to consider and to help them plan for their future, Pong said.

“In the future, when the total amount of the MPF gets bigger, I believe that the government may relax the rules and allows MPF to invest in property market, particularly for the young people,” he said.

Pong suggests that the MPF should be allowed to allocate a certain portion of the capital to invest in the Lantau Tomorrow Vision project and the construction of Hong Kong International Airport’s third runway. Not only will Hong Kong people enjoy the fiscal returns from these mega projects, they also will be able to participate in them and thus share the pride of ownership, he said.

Paul Pong Po-lam said he was very lucky he got sent to St Paul’s Co-Educational College as a child, even though it was a two-hour trip there and back.

Pegasus Fund Managers Ltd’s founder and managing director, who grew up in the Sha Tin district of Hong Kong, said it is a great school in the city.

“The journey did make me stronger as I had to walk very fast or even run… During those six or seven years, I wasn’t late for school even once,” he recalled.

Pong later went to the Chinese University of Hong Kong to study electronic engineering. After he graduated, he joined Jardine Matheson as executive trainee. It was not easy to get into that company at that time because Jardine Matheson was the biggest company in Hong Kong, according to Pong.

“Then I worked at Jardine Industrial Limited as product manager. At my position, I saw that Jardine sold their products to all Hong Kong manufacturers, and my job enabled me to know all kinds of manufacturers,” he said.

That was in 1981. Pong said many of the manufacturers had yet to relocate their factories to the Chinese mainland, but most of them had started to move north.

In 1985, Pong became very interested in investing as he found it more fun and challenging, and at that time, not many people know what fund management was.

In 1986, he joined a British fund management company. It was not easy to get in, and he had to put in double the effort once there.

“At that time, we got all of the money from overseas to invest into Asia, so they didn’t need Chinese-speaking managers,” Pong said. “Many of my colleagues were sons or daughters of super wealthy families, as their family want them to learn how to manage fund so later they can go back to their family to manage their family funds.”

Pong said that most of his colleagues had graduated from Cambridge, Harvard or Columbia universities. He was one of the few from a local university.

All his hard work paid off, Pong founded Pegasus in 1990, and now he is an investment expert with more than 30 years in the fund managing industry.

“Nowadays, getting a law degree is very good if you want to work in the financial industry, as everything is law,” he said.

“After you have invested in yourself, you can make more money, and after you have the money, you can start to invest,” Pong said.

“It is not a bad idea for young people to buy a house. If you have the money, it is still a good investment. If you don’t have enough money to buy property, then you can at least invest in property stocks,” he said.

For those who want to be a fund manager someday, experience is quite important, Pong said. First, one has to study hard and learn about this industry. It also would be very good training if one can invest and try it with his or her own money, or the family’s money.

“Then you can analyze the stocks, and analyze your own investment experience. You can show your record and what you have learned to your potential employer, to show that you are truly interested in the industry and fully committed,” Pong said.