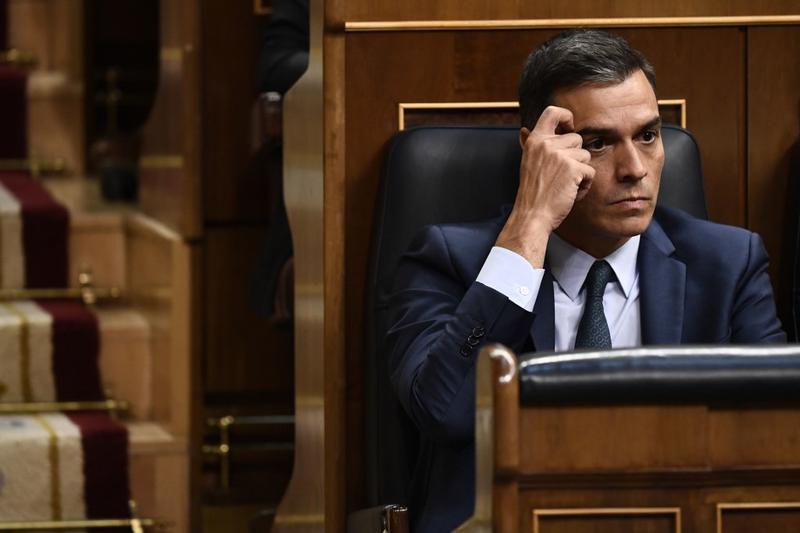 In this file photo taken on July 25, 2019 Spanish caretaker Prime Minister Pedro Sanchez attends the third day of a parliamentary investiture debate and vote to elect a premier, at the Spanish Congress on July 25, 2019, in Madrid. (OSCAR DEL POZO / AFP)

MADRID — Spain will hold fresh elections in November as no leader has been able to win enough parliamentary support to form a government.

Spain's caretaker prime minister, Pedro Sanchez, made the announcement Tuesday after King Felipe VI announced that he had failed to find a party candidate capable of securing the support of a majority in parliament following elections April 29.

Sánchez's Socialists won the most seats in April's elections with 123 deputies in the 350-seat lower chamber. Numerous other parties won sizeable representation in the chamber at the elections.

The country is destined to repeat elections

The king made the decision after two days of talks with party political leaders.

The deadline to form a government had been Sept 23. Elections will now be held Nov. 10.

"The country is destined to repeat elections," said Sánchez.

He blamed the two center-right parties — the Popular Party and Citizens — as well as the far-left Podemos (We Can) group for blocking the formation of a government.

Sánchez had hoped to strike a deal with the far-left party and smaller regional parties but Podemos insisted on forming a coalition, a demand the Socialists rejected outright.

He called on voters to "express themselves more clearly" on Nov 10 so as to avoid another parliamentary blockage.

The election would be Spain's fourth in as many years.

"A new election would return another fragmented parliament, which means the country would probably not have a government before the end of the year," Antonio Barroso, an analyst with the London-based Teneo Intelligence consultancy firm, said Tuesday.

Spain's political landscape has been fragmented in recent years following decades in which the Socialist party and the Popular Party took turns in power.