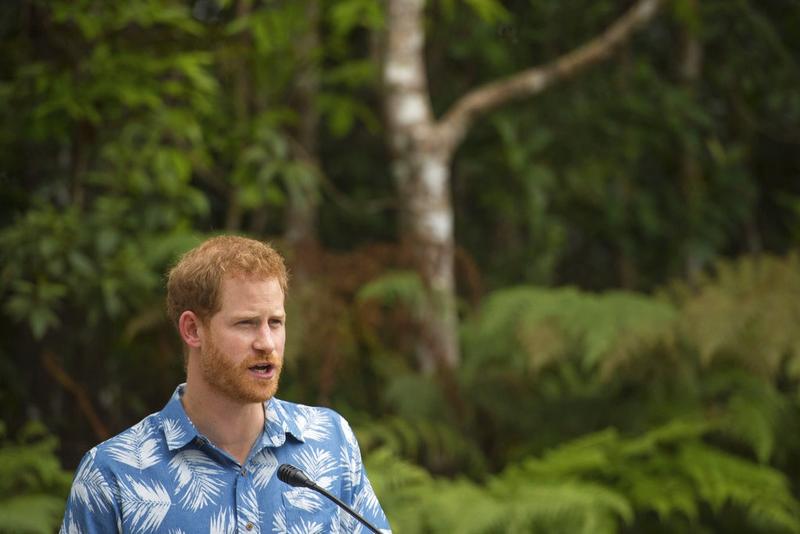 The Duke of Sussex makes a speech at a dedication of the Colo-i-Suva forest to the Queen's Commonwealth Canopy in Suva, Fiji, Oct 24, 2018. (DOMINIC LIPINSKI / POOL VIA AP)

SYDNEY — Britain's Prince Harry said on Wednesday climate change was a daily threat for the people of Fiji, and announced scholarships to study the problem, as he toured, with his wife Meghan, the South Pacific nation on the front line of global warming.

The royal couple was mobbed by crowds waving British and Fiji flags on the second day of their visit to the former British colony of some 300 islands, where villages have been moved to higher ground to seek safety from rising seas.

"One of the greatest challenges is undoubtedly climate change, and all of you living here are confronted with this threat in your daily lives," Harry told students at the University of the South Pacific in Fiji's capital, Suva.

"You're actually experiencing changing weather patterns, ferocious cyclones and rising sea levels, particularly in places such as Tuvalu and Kiribati, and you've been living with this for many years, way before the world actually started talking about it," he said.

Fiji, which holds the presidency of COP23, the 23rd annual Conference of the Parties to a landmark UN climate agreement, has led a push for the developed world to cut carbon emissions to limit rising temperatures and seas. 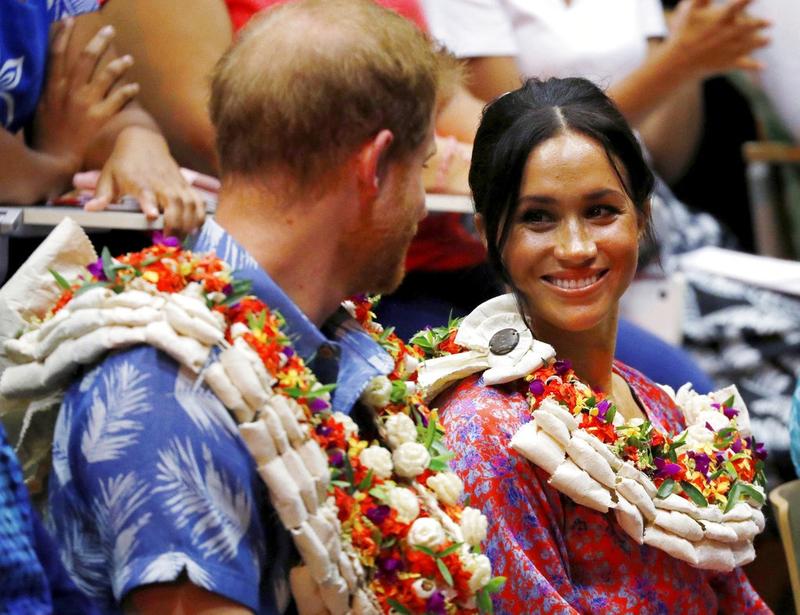 Britain's Prince Harry and Meghan, Duchess of Sussex, at the University of the South Pacific in Suva, Fiji, Oct 24, 2018. (PHIL NOBLE / POOL / AP)

The issue is seen as a security problem in the region.

Fiji was devastated in 2016 by Cyclone Winston, the strongest storm ever in the southern hemisphere, which killed 44 people and caused US$1.4 billion in damage, a third of Fiji's gross domestic product.

If temperature rises cannot be limited to 1.5 degrees Celsius above pre-industrial levels, swathes of Arctic ice would melt, coral reefs would be all but wiped out and wild weather worsen, according to a UN report. 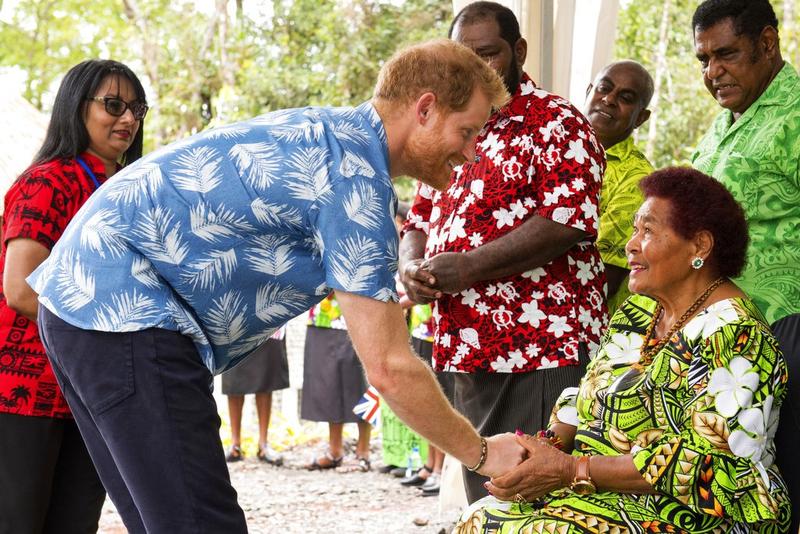 The Duke of Sussex meets Litiana Vulaca, 86, who served tea to Queen Elizabeth II on her visit in 1953, at a dedication of the Colo-i-Suva forest to the Queen's Commonwealth Canopy in Suva, Fiji, Oct 24, 2018. (DOMINIC LIPINSKI / POOL / AP)

Harry, Queen Elizabeth's grandson, announced four British-funded scholarships for studying the issue at universities in Fiji and the Caribbean, while Meghan stressed the importance of women's education in her first speech of their tour.

The couple, who are expecting a child, have proved very popular in Fiji, drawing cheering crowds at every engagement.

A brief visit by Meghan to a market in Suva drew thousands of onlookers, with many of them waving flags, cheering and singing as she inspected stalls selling fruit, vegetables and handicrafts. 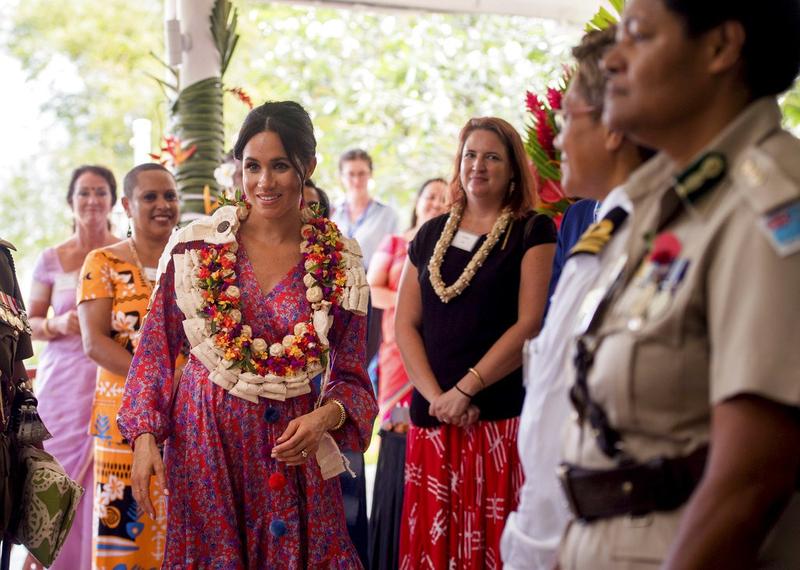