No room for sentiment as Trump visits UK

By Jonathan Powell, Cecily Liu in London and Dong Leshuo in Washington

Substantive talks to focus on trade and foreign policy issues 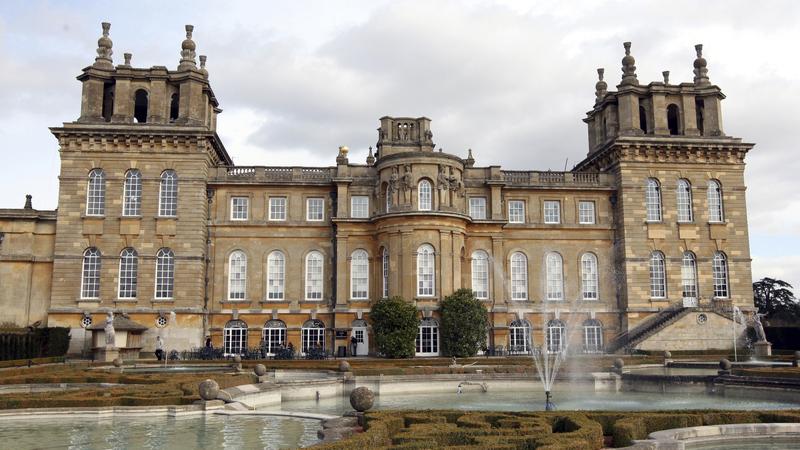 Blenheim Palace in Woodstock, Oxfordshire, will see British Prime Minister Theresa May host US President Donald Trump for a black-tie dinner on Thursday evening on the first day of his visit to the UK. (STEVE PARSONS / PA)

Donald Trump will not leave room for sentiment in discussions with one of the United States' oldest allies when he begins his first visit to the United Kingdom as US president on Thursday.

The term "special relationship" was coined in 1946 by former UK prime minister Winston Churchill as the Cold War began, and the two nations share many interests and values - an understanding that has served both well, especially in terms of intelligence sharing.

"Trump is pragmatic and can be expected to place emphasis on the commercial and financial aspects of the relationship," said Clifford A. Kiracofe, former senior professional staff member of the US Senate Committee on Foreign Relations.

I think Trump will try to encourage Brexit. He sees this as being in the US’ interest, because a divided Europe ill be much weaker versus the US

Kiracofe emphasized that trade relations with the UK are a priority for Trump, adding that "this can tie into the UK searching worldwide for different post-Brexit market relationships.

"British investments in the US are always welcomed, and no doubt Trump will welcome more direct investment," Kiracofe said.

Alan Barrell, a professor and entrepreneur-in-residence at the University of Cambridge, said UK-US trade relations are more important as Brexit nears.

"It's hoped that an all-out trade war can be avoided, as the UK wants to grow exports generally to the US and attract US investment to the UK's industry and infrastructure," he said.

Jan Dehn, head of research at Ashmore Investment Management, said he expects British companies to be cautious. "UK investors will hold back on investment for two reasons: First, Trump himself is very unpredictable; and second, the UK outlook is highly uncertain due to Brexit," he said.

"I think Trump will try to encourage Brexit. He sees this as being in the US' interest, because a divided Europe will be much weaker versus the US."

Christopher Bovis, professor of international business law at the University of Hull, said he believes neither side will overplay the "special relationship" element, as the visit takes place amid trade friction between the US, China and the European Union.

"A range of interests will be discussed with Theresa May, including the role and commitment of the UK to international peacekeeping missions, the UK's commitment to military equipment spending, trade relations - including the latest imposition of US tariffs on EU products and the potential impact of such trade barriers on UK businesses - and forthcoming trade and commercial relations between the US and UK post-Brexit," Bovis said. 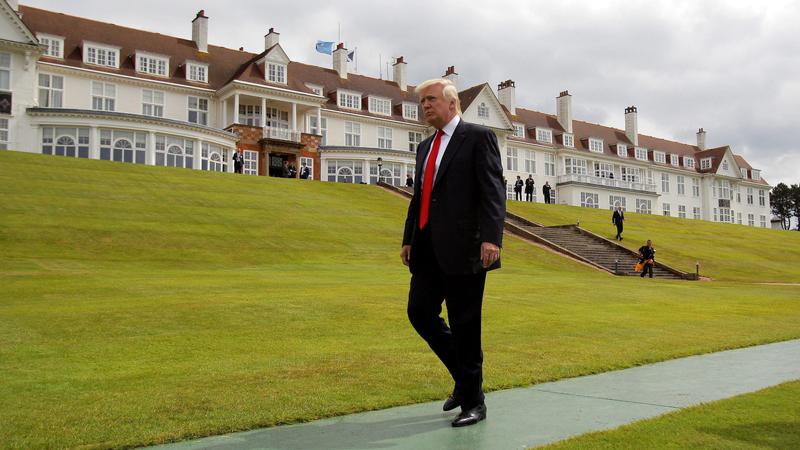 Trump at his golf course in Turnberry, Scotland, which he is also expected to visit on Saturday. (SWNS / FOR CHINA DAILY)

May was the first foreign leader to visit Trump after his inauguration. However, their reunion could prove tense after she branded his immigration policy "inhumane".

"When we disagree with the United States, we tell them so," she told MPs in the Commons.

"But we also have key shared interests. It is right that we are able to sit down and discuss those with the president - a president of a country with which we will continue to have a longstanding special relationship."

In February last year, it was announced that Trump had decided to delay the visit amid snubs from MPs and in order to avoid protests.

In November, the trip was again postponed because of widespread dismay over his travel ban on citizens from Muslim-majority countries.

Trump was also due to visit the UK in February to open the new US embassy, but he launched a scathing attack on the new building, calling it a "bad deal" in a "lousy location".

Andrew Bennett, professor of government at Georgetown University, said that with Trump there is no clear sense of his endgame, or what he expects or wants that is achievable in terms of trade.

"There are areas where there is room to criticize Europe on trade, or China on trade, but to just criticize without providing a clear set of expectations and what your goals are is not very productive," he said.

Rod Hunter, a partner at law firm Baker McKenzie, who specialize in international trade, believes the president is seeking a trade dispute. "That's his notion of negotiation. We are in for a bumpy ride, including with our closest allies, during the president's term in office.

"There are opportunities for making progress with the EU, for example, on autos, but it's not clear the political context is ripe. The president's pugilistic approach makes it difficult for trading partners to find common ground."

Trump's mood on arrival in Britain could depend on how discussions go at the NATO summit in Brussels. 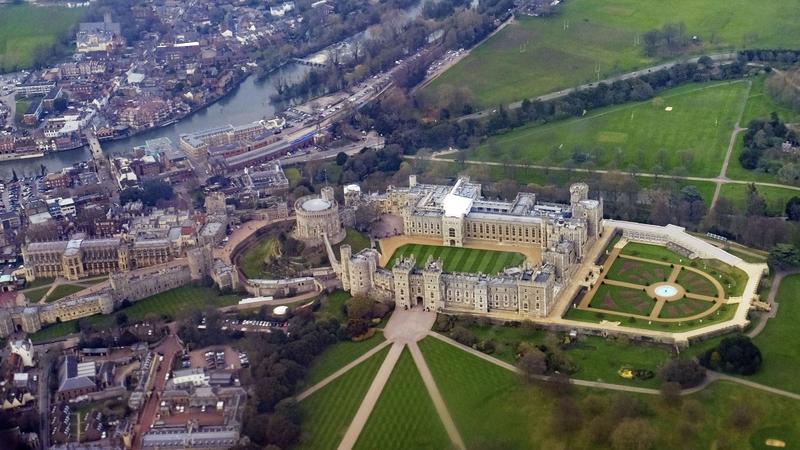 An aerial view of Windsor Castle, where Trump will have an audience with Queen Elizabeth II. (OWEN HUMPHREYS / PA)

Last week, he told a crowd in Montana, "I'll tell NATO, you got to start paying your bills." The president has questioned the value of the US paying for the collective defense of Germany.

Any divisions between NATO allies during Trump's visit to Brussels could adversely affect the scheduled meeting between Russian President Vladimir Putin and Trump on Monday.

Bennett added: "The worst scenario from the American point of view is if there's a critical tone (from Trump) of the NATO alliance, and days later there's an uncritical tone of Putin and Russia. That just achieves Putin's agenda, not the United States' agenda.

"The best outcome is if the NATO allies agree to more commitments on defense spending, and Trump recognizes that - that would be progress."

The US Commander-in-Chief is set to arrive on Air Force One at London Stansted Airport on Thursday evening after attending the NATO summit in Brussels. From there, he will go to Blenheim Palace in Oxfordshire, the birthplace of Churchill, where May will host the president and his wife for a black-tie dinner with 100 guests and business leaders.

Trump will spend the night at the residence of the US ambassador in central London, and on Friday the president and May will attend a demonstration of the UK's cutting-edge military capabilities and integrated UK-US military training.

After that comes a working lunch at Chequers - the prime minister's official country residence - for what Downing Street says will be "substantive bilateral talks" covering a "range of foreign policy issues." These could include trade tariffs, Russia and North Korea.

The queen will host Trump at Windsor Castle later on Friday. He is expected to visit his golf course in Turnberry, Scotland, on Saturday before heading back to mainland Europe on Sunday ahead of the historic meeting with Putin in Helsinki on Monday.

Gaoyang Wange in London and Ying Wang in Washington contributed to this story.