RIO DE JANEIRO - Shanghai SIPG midfielder Oscar says he maintains hopes of returning to Brazil's national team as he prepares for his third season with the Chinese Super League club.

The most recent of Oscar's 47 Brazil caps came in November 2015 but the 27-year-old insists that he still has plenty to offer on the international stage.

"It's always a dream to play for the national team," the former Selecao No. 10 said in an interview with Brazil's Lance newspaper published on Sunday.

"I spent a lot of time in the national team and I love playing for my country. Everyone knows my quality ... and the way I play. If I do well I could return to the Brazilian team but my focus is on Shanghai. If I'm happy and playing my best football, things will happen naturally."

Oscar has been one of the most influential midfielders in the Chinese Super League since his December 2016 move to Shanghai SIPG from Chelsea. 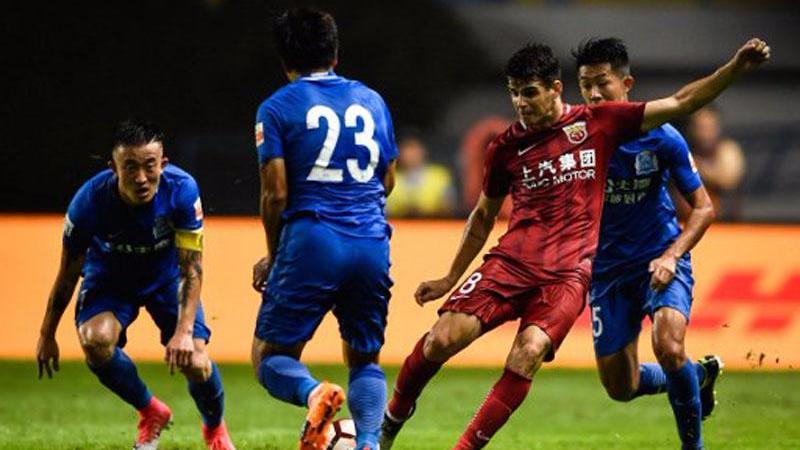 This photo taken on June 18, 2017 shows Shanghai SIPG's Oscar (second right) kicking the ball at a Guangzhou R&F player in an incident which lead to a brawl during their Chinese Super League match in Guangzhou, in China's southern Guangdong province. (STR / AFP)

He is confident of more success with Shanghai SIPG this year, in both the Asian Champions League and the Chinese Super League, both of which begin in early March.

"I was very happy to have won an unprecedented title with Shanghai last year," the former Sao Paulo and Internacional player said. "We didn't feel too much pressure from the fans because they knew what we were capable of.

"It was very satisfying to make them happy and break Guangzhou's sequence. Our aim is to win all competitions that we play in and we will do everything we can to achieve that."