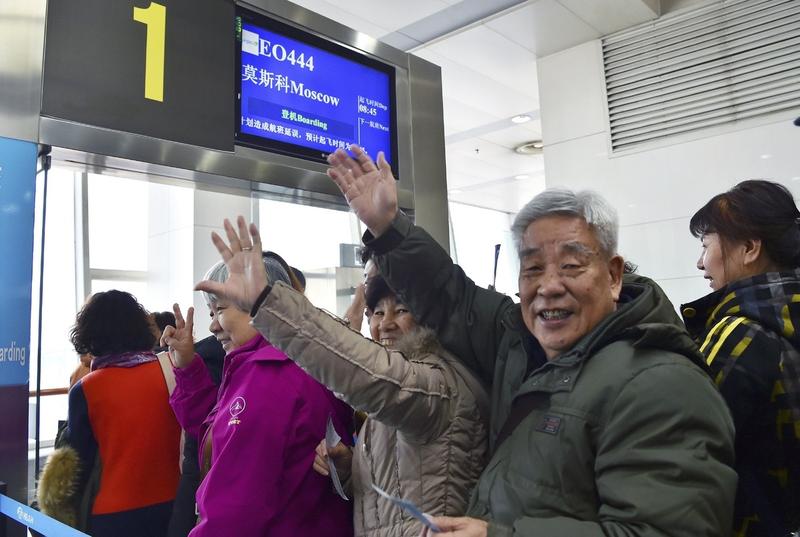 Passengers get ready to board the first direct flight from Shijiazhuang, Hebei province, to Moscow, Russia, on March 3 this year. (XINHUA)

China's service exports have shown strong growth in the first five months of 2019 and the trade deficit in services has narrowed by 10.1 percent year-on-year, data released Thursday by the Ministry of Commerce showed.

Some sectors of the service industry have shown outstanding performance in trade, such as the transportation industry

A spokesperson from the ministry said the fast-growing output of the country's service industry has contributed to the high growth of the service trade from January to May.

Some sectors of the service industry have shown outstanding performance in trade, such as the transportation industry, as the trade volume went up by a 6.4 percent year-on-year to 404.3 billion yuan, according to the ministry.