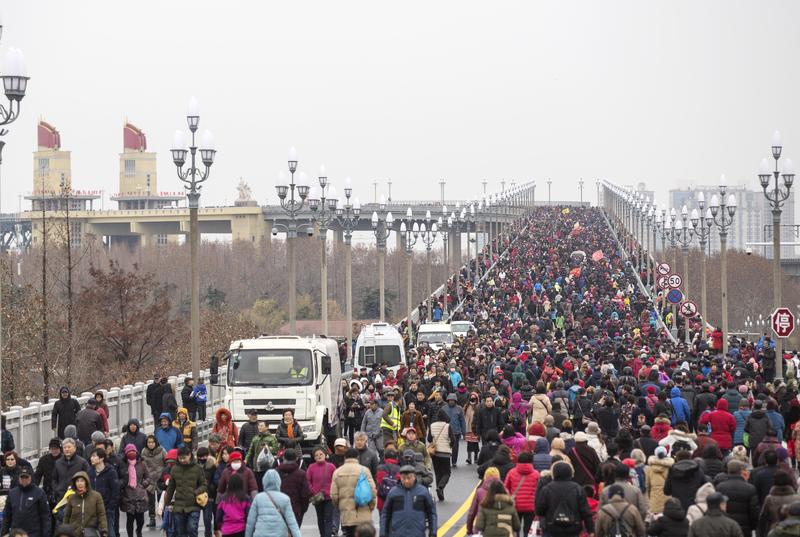 Large crowds flock to the Nanjing Yangtze River Bridge in Nanjing, capital of Jiangsu province on Dec 27, 2018 as the bridge opened to the public from Dec 26-28 after a 26-month renovation. The bridge is reopened to traffic on Saturday. (PHOTO / XINHUA)

NANJING — China's first self-designed modern bridge over the Yangtze, the country's longest river, reopened to road traffic Saturday in the eastern city of Nanjing after a 26-month renovation.

As the first double-decked road-rail truss bridge designed by China, the Nanjing Yangtze River Bridge first opened to traffic on the same day 50 years ago.

During the renovation, the highway traffic on the upper deck of the bridge was suspended while the railway on the lower deck was not disturbed.

"We were so proud of the bridge when it was built," Nanjing citizen Liu Yong said. "The bridge displays the Chinese people's innovative spirit, which should be inherited by the younger generations."